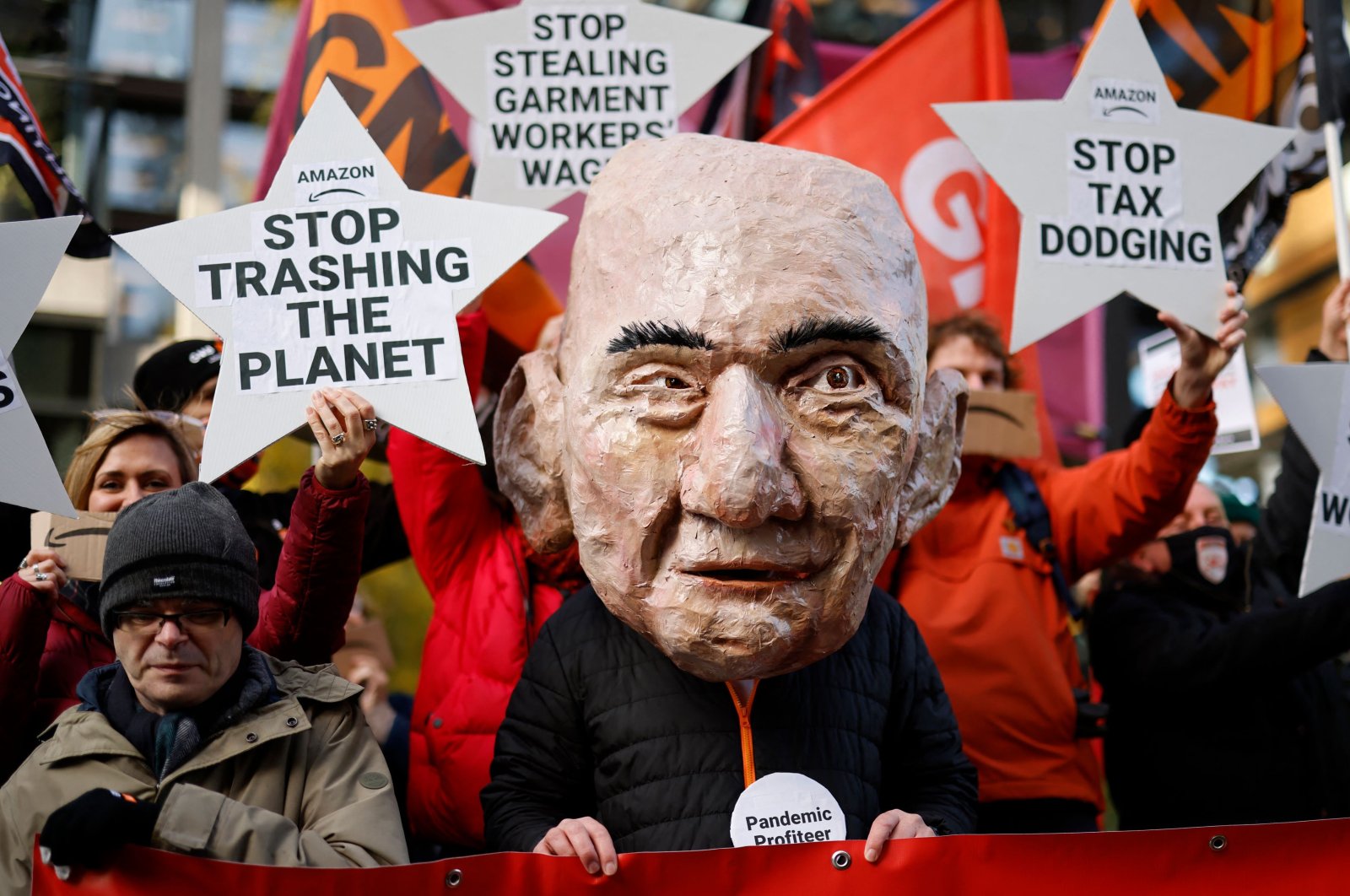 A day usually noted for discount prices and shopping frenzy brought strikes and protests that affected the European operations of the world's biggest e-commerce company Amazon.

Based in Seattle, Amazon is facing criticism from climate activists who say excessive consumption harms the environment while an alliance of trade unions say the company does not pay workers enough nor give enough tax to governments.

"Black Friday epitomizes an obsession with overconsumption that is not consistent with a liveable planet," the Extinction Rebellion group said after blocking 13 Amazon depots across the United Kingdom.

"Amazon and companies like it have capitalized on our desire for convenience and stoked rampant consumerism at the expense of the natural world," it said.

Dozens of demonstrators from the environmental movement, known as XR, blocked the company's largest U.K. warehouse, in Dunfermline in Scotland, as well as sites across England collectively responsible for around half of its deliveries in Britain.

Reuters reporters at an Amazon depot at Tilbury docks in eastern England said protesters had blocked the entrance, meaning no vehicles could enter or exit. The group also said it had blocked Amazon depots in Germany and the Netherlands.

The activists said they arrived around 4 a.m. GMT at the sites, which include locations in Newcastle, Manchester and Bristol, and aimed to stay for at least 48 hours.

"We have a large network of sites across the U.K. and are working to minimize any potential disruption to customers," said a spokesperson for Amazon, which brought the traditional United States Black Friday discount day to Britain in 2010.

"That includes our commitment to be net zero carbon by 2040 – 10 years ahead of the Paris Agreement – providing excellent pay and benefits in a safe and modern work environment, and supporting the tens of thousands of British small businesses who sell on our store."

"We know there is always more to do," it said.

"The blockade is part of an international action by XR targeting 15 Amazon fulfilment centers in the U.K., U.S., Germany and the Netherlands, aimed at highlighting Amazon's 'crimes'."

The protest is the latest by the activist network, formed in the U.K. in 2018, which regularly uses civil disobedience to highlight government inaction on climate change but has sometimes drawn a public backlash.

Eleanor Harris, from Glasgow, took part in the Dunfermline blockade.

"The era of exploitative throw-away capitalism will soon be over, either by changing to meet the challenges we now face or by the destruction of our global habitats and societies," she told Agence France-Presse (AFP).

Trade unions across Europe's biggest economies also called out warehouse workers and delivery drivers to strike against what they said were Amazon's unfairly low wages and tax payments.

In Germany, the company's biggest market after the United States, the Verdi union said around 2,500 employees went on strike at Amazon shipping centers in Rheinberg, Koblenz and Graben.

In France, one of the country's top labor unions, CGT, called for Amazon workers in the country to go on strike. The union coalition also reported a strike in Italy.

"The coalition demands Amazon pays its workers fairly and respects their right to join unions, pays its fair share of taxes and commits to real environmental sustainability," the "Make Amazon Pay" coalition said in a statement.