Board backs Georgieva at IMF helm after data-rigging claims 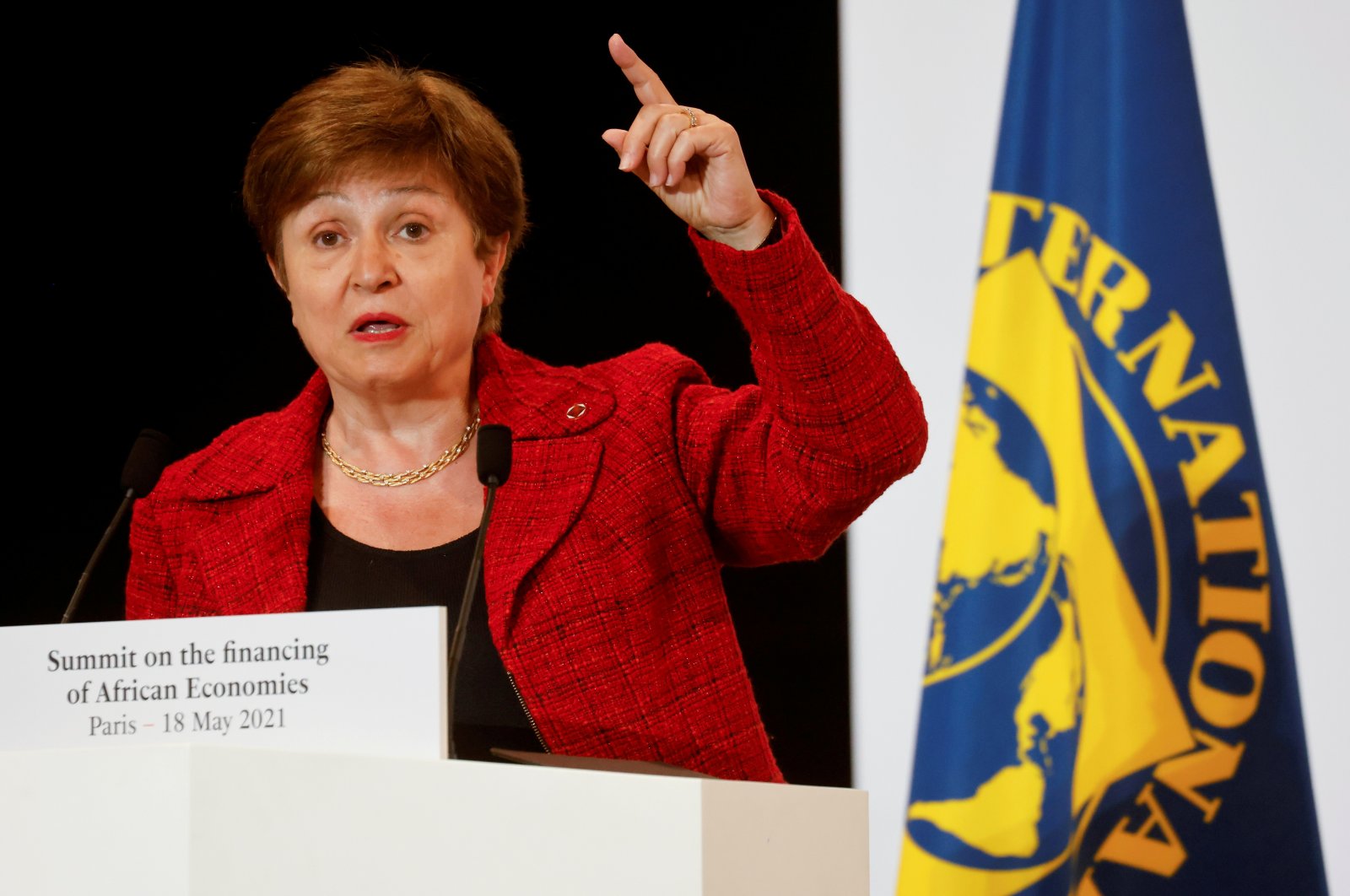 International Monetary Fund (IMF) Managing Director Kristalina Georgieva speaks during a joint news conference at the end of the Summit on Financing of African Economies in Paris, France, May 18, 2021. (Reuters Photo)
by REUTERS
Oct 12, 2021 10:54 am

The International Monetary Fund’s (IMF) executive board on Monday expressed its full confidence in its managing director after reviewing allegations that she pressured World Bank staff to alter data in favor of China.

But U.S. Treasury Secretary Janet Yellen put Kristalina Georgieva on notice that she would closely monitor the IMF’s follow-up and evaluate any new facts or findings, and called for proactive steps to reinforce data integrity and credibility at the IMF.

The Fund’s 24-member board and the U.S. Treasury issued separate lengthy statements after a week of marathon meetings over Georgieva’s actions as World Bank CEO that threw into question her continued leadership of the IMF.

Georgieva, a Bulgarian economist and the first person from a developing country to head the fund, had vehemently denied the claims. She welcomed the board's endorsement in a separate statement of her own and said she was pleased its members had agreed the allegations against her were unfounded.

“This has obviously been a difficult episode for me personally,” she said. “However, I want to express my unyielding support for the independence and integrity of institutions such as the World Bank and IMF, and my respect for all those committed to protecting the values on which these organizations are founded.”

Georgieva had won the support of France and other European governments last week, but U.S. and Japanese officials pushed for a more thorough review of the allegations, according to sources briefed on the matter.

At issue was a damning report prepared by the law firm WilmerHale for the World Bank's board about data irregularities in the bank’s now-canceled “Doing Business” report.

The firm’s report alleged that Georgieva and other senior officials applied “undue pressure” on bank staff to make changes to boost China’s ranking in the report, just as the bank was seeking Beijing’s support for a major capital increase.

Georgieva strongly denied the allegations, which date back to 2017, when she was the World Bank’s chief executive. She became the IMF’s managing director in October 2019.

The board said the information presented during its review – which included meetings with WilmerHale attorneys and Georgieva – did not conclusively demonstrate that she played an improper role in the Doing Business report.

European governments had sought a speedy resolution of the matter ahead of this week’s annual meetings of the IMF and World Bank, where Georgieva and World Bank President David Malpass are leading discussions on the global recovery from the COVID-19 pandemic, debt relief and efforts to speed vaccinations.

The United States and Japan, the fund’s two largest shareholders, cautioned against prematurely reconfirming confidence in the IMF leader, said one of the sources.

Yellen spoke with Georgieva on Monday about the “serious issues” raised by the probe and underscored her commitment to “preserve the integrity and credibility of the World Bank and the IMF,” the U.S. Treasury said in a statement.

While the report “raised legitimate issues and concerns,” the U.S. Treasury said it agreed with other board members that “absent further direct evidence with regard to the role of the Managing Director there is not a basis for a change in IMF leadership.”

Yellen told Georgieva that the WilmerHale report showed the need for shareholders to be vigilant in defending the integrity of both institutions, and said the IMF should renew their commitment to upholding transparency and whistleblower protections.

No matter who is to blame for the altered data, current and former staff from both institutions say the scandal has dented their research reputations, raising critical questions over whether that work is subject to member-country influence.

Malpass declined on Monday to comment on the IMF process, but said the World Bank was working to improve the integrity of its research, including by elevating its chief economist, Carmen Reinhart, to be part of the bank’s 10-person senior management team.