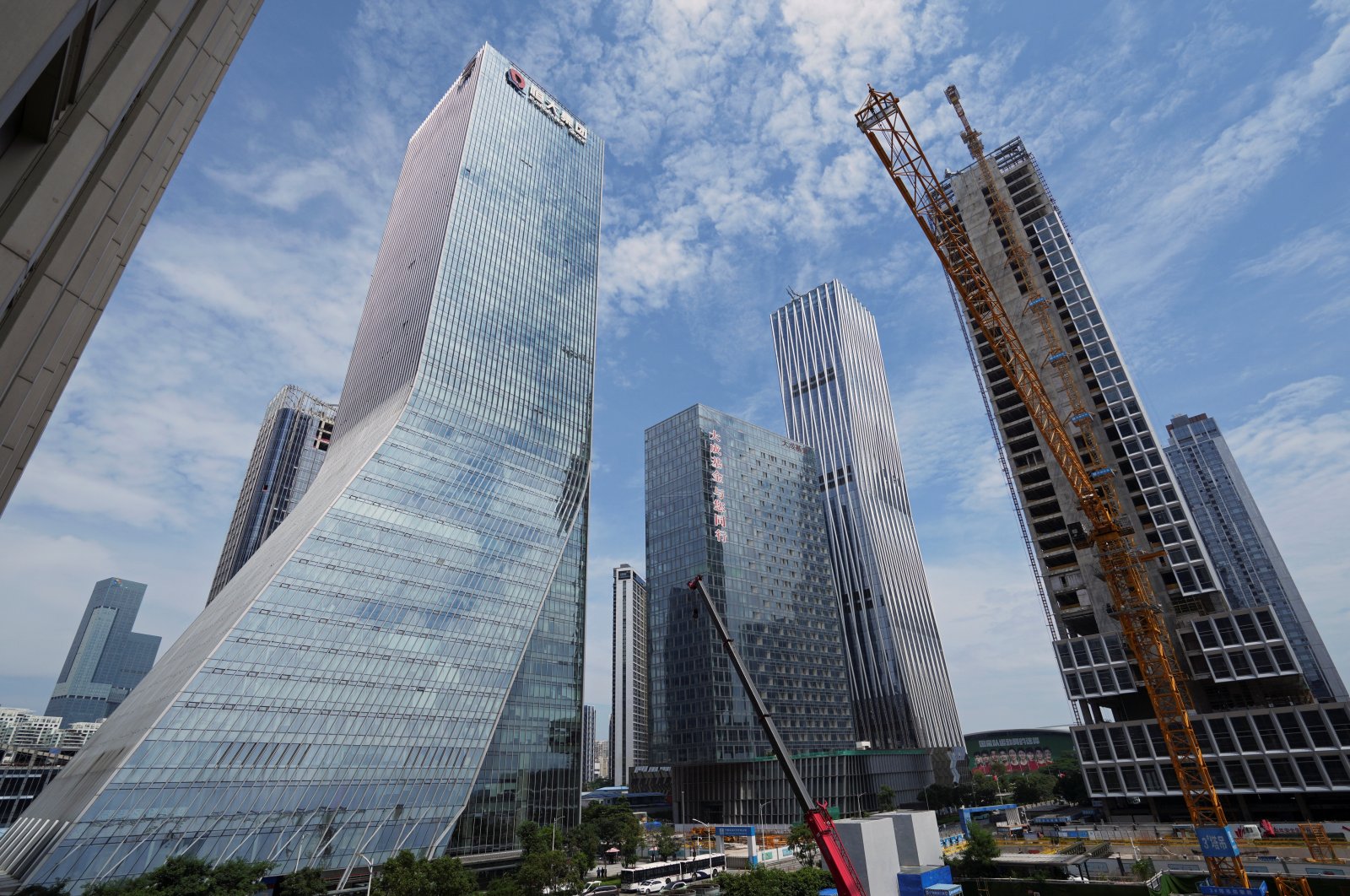 Growing worries about defaults at Chinese property developers sapped investor sentiment on Tuesday amid fresh credit rating downgrades and uncertainty about the fate of the China Evergrande Group as it scrambles to raise cash by selling assets.

Adding to industry strain, a mid-size Chinese real estate developer failed to make a $206 million payment due to bondholders Tuesday.

Fantasia Holdings Group announced it missed the payment in a statement issued through the Hong Kong Stock Exchange. It gave no explanation but said it had asked for the trading of Fantasia shares to be suspended.

Evergrande is facing one of the country's largest-ever debt restructurings as it wrestles with more than $300 billion of debt. The company last month missed making coupon payments on two dollar bond tranches.

The possible collapse of one of China's biggest borrowers has triggered worries about contagion risks to the property sector in the world's second-largest economy, as its debt-laden peers are hit with rating downgrades on looming defaults.

China's state-backed Global Times said Hopson Development was the buyer of a 51% stake in the property business for more than HK$40 billion ($5.1 billion), citing unspecified other media reports.

Evergrande declined to comment ahead of an official announcement, as trading in the company's shares remained suspended throughout Tuesday.

While investors awaited confirmation of the deal, Chinese developer Sinic Holdings became the latest to suffer a rating downgrade as stocks in the sector came under pressure.

Fitch cut Sinic's long-term issuer default rating to "C" from "CCC," after the company announced that certain subsidiaries have missed interest payments on onshore financing arrangements, Fitch said in its report on Tuesday.

S&P Global Ratings also lowered its rating on the company, saying it had run into "severe liquidity problem and its debt-servicing ability has almost been depleted." It said the company was likely to default on notes, totaling $246 million, due on Oct. 18.

The liquidity issues have increased as many developers were not able to issue fresh debt to refinance, and as their ability to raise cash from selling properties dropped because of new regulations, he said.

"This will be a vicious cycle for the developers that are not strong enough because there is not enough liquidity in the market for everyone."

The $5 billion Evergrande is likely to get from the reported unit stake sale would theoretically cover its near-term offshore bond payments. It has $500 million in bond coupons due by year-end, followed by a $2 billion dollar bond maturity in March.

Analysts have said the potential Evergrande deal signals the company was still working to meet its obligations. But any fire-sale of its assets would further amplify concerns about the rest of China's property sector and the broader economy.

Chinese homebuilder Fantasia Holdings' dollar-denominated bonds lost nearly half their market value in a massive Monday selloff after it said it had failed to make the $206 million international market debt payment on time.

The property developer said it will assess the potential impact of the nonpayment on the group's financial conditions.

Hundreds of smaller Chinese developers have gone bankrupt since regulators began tightening control over the industry's financing in 2017 amid concern about rising debt and the possible risk of a financial crisis.

An index of China's high-yield debt, which is dominated by developer issuers, hit its lowest since the pandemic drawdown in 2020 and has lost almost 20% since May – while comparable U.S. and European indexes have rallied.

An index tracking Hong Kong-listed mainland property stocks fell 1.8% on Tuesday, compared to a 0.3% gain in the local benchmark.

Shares in Guangzhou R&F Properties and Sunac China Holdings each about 10%. Shares in Evergrande's electric vehicle unit eased after jumping on Monday.

Evergrande's dollar bonds have firmed marginally over recent days but remain at distressed levels below 30 cents on the dollar.