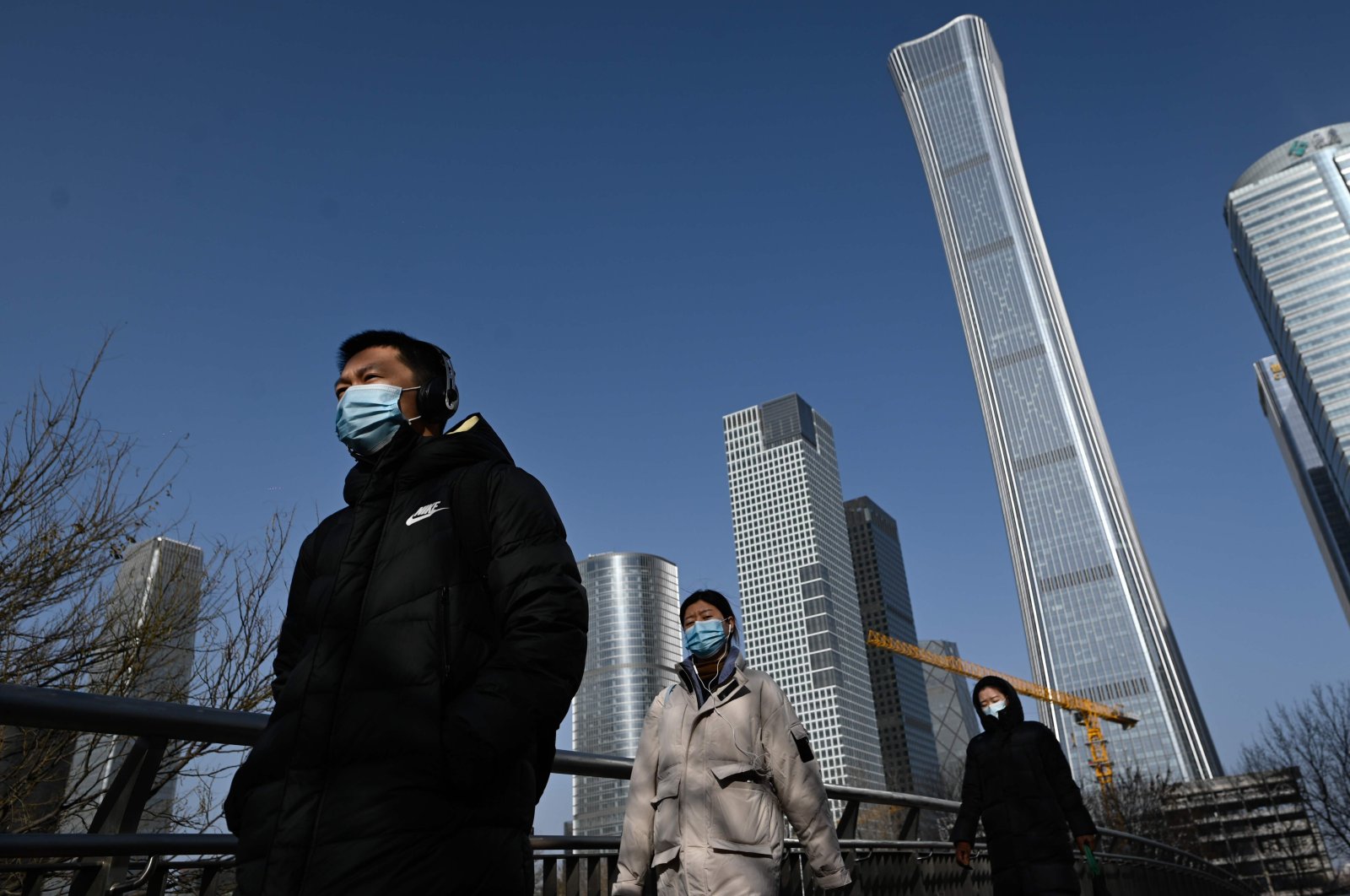 China’s economy picked up speed in the fourth quarter, with growth beating expectations as it ended a rough coronavirus-stricken 2020 in remarkably good shape and remained poised to expand further this year even as the global pandemic rages unabated.

Gross domestic product (GDP) grew 2.3% in 2020, official data showed on Monday, making China the only major economy in the world to avoid a contraction last year as many nations struggled to contain the COVID-19 pandemic. And China is expected to continue to power ahead of its peers this year, with GDP set to expand at the fastest pace in a decade at 8.4%, according to a Reuters poll.

The world’s second-largest economy has surprised many with the speed of its recovery from the coronavirus jolt, especially as policymakers have also had to navigate tense U.S.-China relations on trade and other fronts.

Beijing’s strict virus curbs enabled it to largely contain the COVID-19 outbreak much quicker than most countries, while government-led policy stimulus and local manufacturers stepping up production to supply goods to many countries crippled by the pandemic have also helped fire up momentum.

GDP expanded 6.5% year-on-year in the fourth quarter, data from the National Bureau of Statistics showed, quicker than the 6.1% forecast by economists in a Reuters poll, and followed the third quarter’s solid 4.9% growth.

“The higher-than-expected GDP number indicates that growth has stepped into the expansionary zone, although some sectors remain in recovery,” said Xing Zhaopeng, economist at ANZ in Shanghai.

Backed by the strict virus containment measures and policy stimulus, the economy has recovered steadily from a steep 6.8% slump in the first three months of 2020, when an outbreak of COVID-19 in the central city of Wuhan turned into a full-blown epidemic.

Asia’s economic powerhouse has been fueled by a surprisingly resilient export sector, but China’s consumption – a key driver of growth – has lagged expectations amid fears of a resurgence of COVID-19 cases.

Data last week showed Chinese exports grew by more than expected in December, as coronavirus disruptions around the world fueled demand for Chinese goods even as a stronger yuan made exports more expensive for overseas buyers.

Yet, underscoring the massive COVID-19 impact worldwide, China’s 2020 GDP growth marked its weakest pace since 1976, the final year of the decadelong Cultural Revolution that wrecked the economy.

Overall, the slew of brightening economic data has reduced the need for more monetary easing this year, leading the central bank to scale back some policy support, sources told Reuters, but there would be no abrupt shift in policy direction, according to top policymakers.

On a quarter-on-quarter basis, GDP rose 2.6% in October-December, the bureau said, compared with expectations for a 3.2% rise and an upwardly revised 3% gain in the previous quarter.

Highlighting the weakness in consumption, retail sales fell 3.9% last year, marking the first contraction since 1968, records from NBS showed. Growth in retail sales in December missed analyst forecasts and eased to 4.6% from November’s 5%, as sales of garments, cosmetics, telecoms and autos slowed.

However, China’s vast manufacturing sector continued to gain momentum, with industrial output rising at a faster-than-expected rate of 7.3% last month from a year ago, hitting the highest since March 2019.

Ning Jizhe, head of China’s statistics bureau, told a briefing that there would be many favorable conditions to sustain China’s economic recovery in 2021, citing the country’s large market and resilient supply chains.

This year marks the start of China’s 14th five-year plan, which policymakers see as vital for steering the economy past the so-called “middle-income trap.”

China still faces many challenges, not least of which are the tensions between Beijing and Washington and how they would play out under the new U.S. administration led by President-elect Joe Biden. Additionally, rising labor costs, the aging population and a recent spike in credit defaults increase risks for an economy that is still trying to reduce a mountain of debt.

“We should be alert to the following problems in 2021: first the imbalance of economic recovery. Compared with investment and export, consumption is weak as a whole and has yet to return to normal levels,” said Wang Jun, Beijing-based chief economist at Zhongyuan Bank.

The second problem, Wang said, is a possible rapid slowdown in credit growth.

The central bank is poised to keep its benchmark lending rate unchanged in the coming months while steering a steady slowdown in credit expansion in 2021, policy sources have said.

The Chinese Academy of Social Sciences, a government think tank, sees the macro leverage ratio jumping by about 30 percentage points in 2020 to over 270%.

While this year’s predicted growth rate of over 8% would be the strongest in a decade, led by an expected double-digit expansion in the first quarter, it is rendered less impressive coming off the low base set in pandemic-stricken 2020.

Some analysts also cautioned that a recent rebound in COVID-19 cases in the northeast of the country could impact activity and consumption in the run-up to next month’s long Lunar New Year holidays.

“Control of people-flows has started, so the risk of a widespread outbreak of COVID should be small,” said Iris Pang, ING’s chief China economist.

“But the risk of a technology war between China and some economies remains if the U.S. does not remove some measures.”