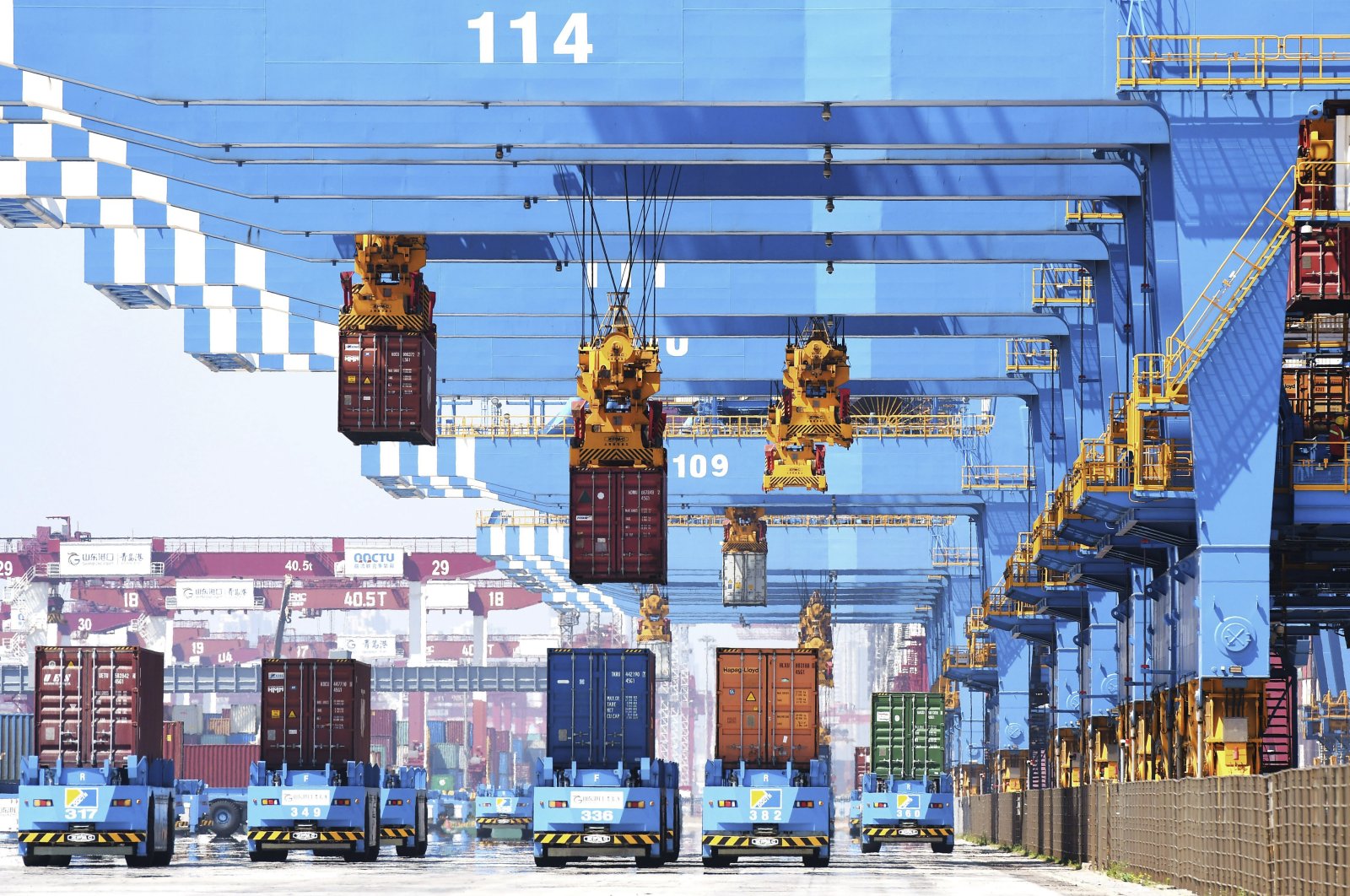 But overall trade growth in the world's second-biggest economy may slow in the second half of 2021, a customs official warned on Tuesday, partly reflecting the COVID-19 pandemic uncertainties as the delta variant wreaks havoc in some countries.

Overall imports also beat expectations, though the pace of gains eased from May, with the values boosted by high raw material prices, customs data showed.

Thanks to Beijing's efforts in largely containing the pandemic earlier than its trading partners, the world's biggest exporter has managed a solid economic revival from the coronavirus-induced slump in the first few months of 2020.

Exports in dollar terms rose 32.2% in June from a year earlier, compared with 27.9% growth in May. The analysts polled by Reuters had forecast a 23.1% increase.

"Exports surprised on the upside in June, shrugging off the impact of the temporary Shenzhen port closure and other supply chain bottlenecks," said Louis Kuijs, head of Asia economics at Oxford Economics.

"The headline US$ numbers suggest that in real, sequential terms shipments held up in June, after having moderated earlier on from the record levels of end-2020."

China's trade performance has seen some pressure in recent months, mainly due to a global semiconductor shortage, logistics bottlenecks and higher raw material and freight costs.

All the same, the global easing in COVID-19 lockdown measures and vaccination drives appeared to underpin a strong uptick in worldwide demand for Chinese goods.

Germany, for example, which was at first sluggish in its vaccination drive, said this month it had caught up with the United States in terms of the proportion of the population having had one shot of COVID-19 vaccine. Close to half of Americans are now fully vaccinated, while elsewhere in Europe the rate has also increased recently.

The data also showed imports increased 36.7% year-on-year last month, beating a 30.0% forecast but slowing from a 51.1% gain in May, which was the highest growth rate in a decade.

China's crude oil imports in the first half fell 3% in their first contraction for the period since 2013, as an import quota shortage and rising global prices curbed buying, but imports of soybeans, natural gas and iron ore rose.

Asian stock markets, partly buffeted over recent weeks by concerns over the spreading delta virus variant and easing growth rates in China, extended their gains after the trade data and were headed for the best session in more than two weeks.

China's yuan also rose to a near one-week high against the dollar as the data tempered worries over softening GDP growth. On Friday, the People's Bank of China said it would cut the amount of cash that banks must hold as reserves to support the economy, especially as smaller firms were unable to pass on rising raw material costs.

Li, speaking at a news conference in Beijing earlier in the day, said trade growth may slow in the second half of 2021, mainly reflecting the statistical impact of the high growth rate.

"But overall we think China's foreign trade in the second half still has hopes of achieving relatively fast growth," he said.

Asia's economic powerhouse has contained a sporadic coronavirus outbreak in one of its major export hubs in southern Guangdong province last month. However, exporters are grappling with higher raw material and freight costs and logistics bottlenecks.

Prices for commodities such as coal, steel, iron ore and copper have surged this year, fueled by easing pandemic lockdowns in many countries and ample global liquidity.

"Once retailers in these countries have rebuilt their inventories, softer consumer demand will feed through into weaker foreign demand for Chinese exports."

China's trade surplus with the United States swelled to $32.58 billion in June, Reuters calculations based on customs data showed, up from the May figure of $31.78 billion.

Top officials from China and the United States started exchanges in June to address mutual concerns, while the Biden administration is conducting a review of trade policy between the world's two biggest economies, ahead of the expiry of their Phase 1 deal at the end of 2021.