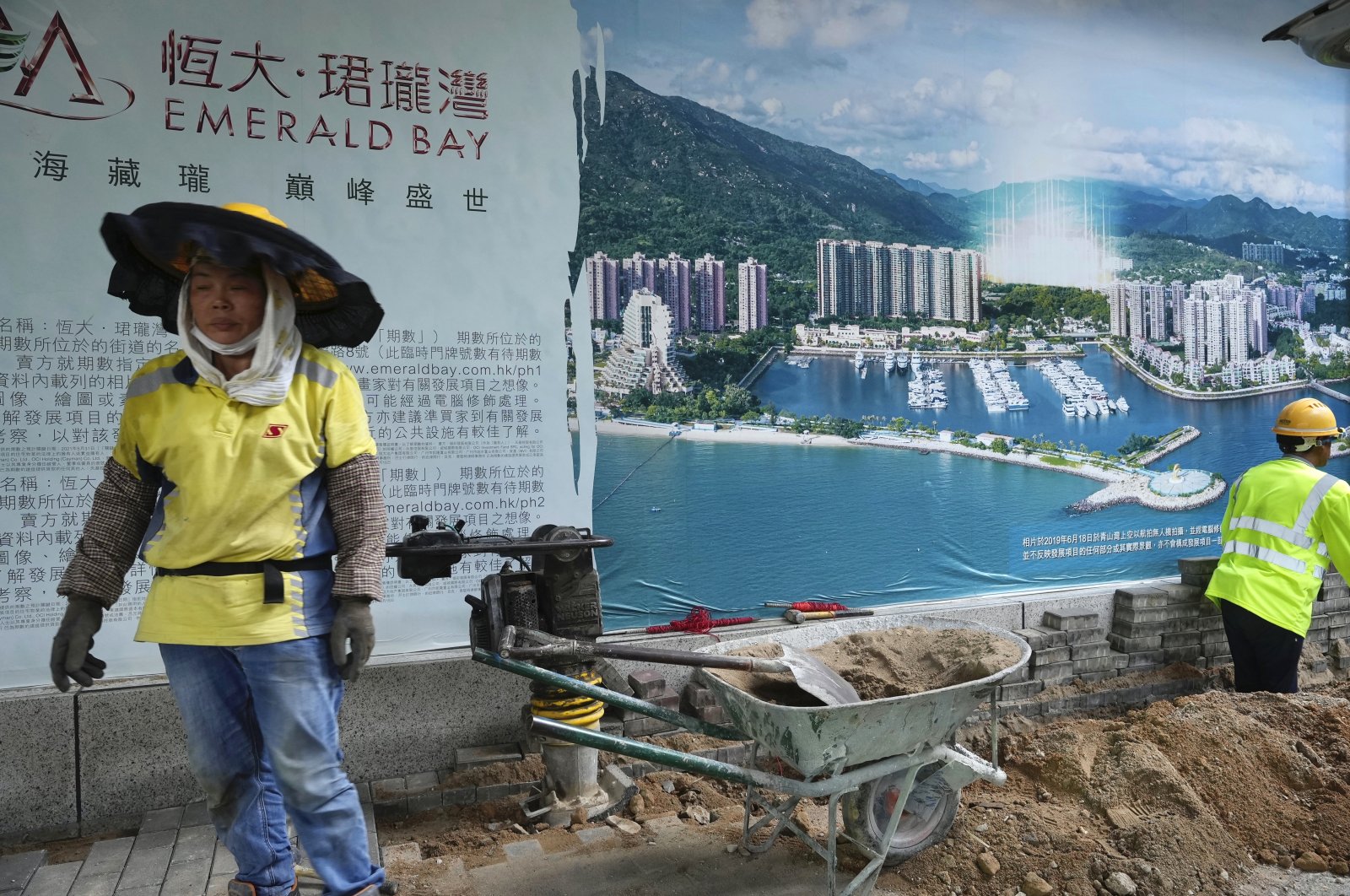 A worker walks past an advertisement photo of a China Evergrande Group property project outside its headquarters in Hong Kong, China, Oct. 4, 2021. (AP Photo)
by REUTERS
Oct 11, 2021 9:22 am

China’s Harbin announced measures to support property developers and their projects, becoming among the first Chinese cities to do so after the sector was dragged into a deepening dept crisis due to property giant China Evergrande Group.

Developers should get back part of their presale funds held in government escrow accounts as quickly as possible to relieve pressure on their cashflows, the government of Harbin, the capital of northeastern Heilongjiang province, said Sunday in a statement on its website.

Developers with good credit profiles should also be allowed to re-embark on presale activities as soon as they are able to, the statement said.

"It is expected that other cities will follow suit, especially those under great pressure from high inventories, including some tier-three and four cities in central and western regions," said Yan Yuejin, director of Shanghai-based E-house China Research and Development Institution.

Even before Evergrande's debt woes took center stage, the property sector – which accounts for about a quarter of China's gross domestic product – had been hit by tighter borrowing caps that have hurt cashflow as well as developers' ability to finish construction and raise funds for new projects.

Harbin also said it will give subsidies of up to 100,000 yuan ($15,500) to talented residents with skills and qualifications looking to buy homes for the first time.

Property investment and sales have been on a decline while growth in new home prices slow.

In Zhangjiakou, a lower-tier city in Hebei province north of Beijing, some developers have started to lower prices in a bid to boost sales and bolster cashflows.