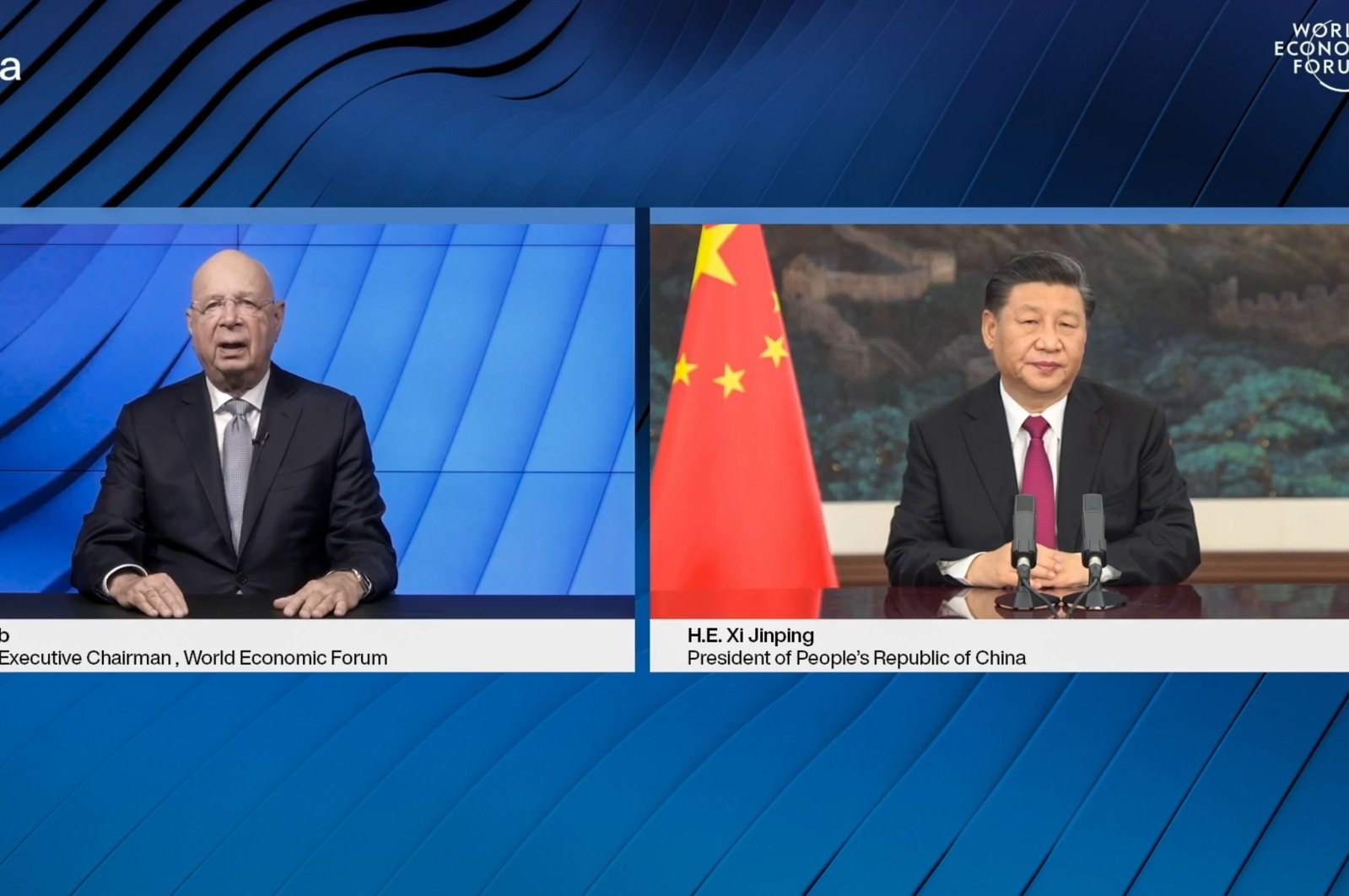 Countries must cooperate more closely to fight the challenges of the pandemic and climate change and to support a sustainable global economic recovery, Chinese President Xi Jinping said Monday in an address to the World Economic Forum (WEF).

“Humanity has only Earth and one future,” Xi said in remarks from Beijing to a virtual gathering that is taking place in lieu of the annual in-person meetings in Davos, Switzerland, due to the COVID-19 pandemic.

“Fighting the pandemic is the most urgent task facing the international community," Xi said, urging that countries cooperate to conquer the disease, which first was reported in the central Chinese city of Wuhan just over a year ago.

“In particular, we should strengthen cooperation in vaccine research and development, production and distribution, so that vaccines can truly become a public good that are accessible and affordable to people in all countries," he said.

The January 2020 WEF, which took place in Davos, saw the global elite just starting to worry about a pandemic.

A year on, the coronavirus is racking up a mounting death toll, upending economies and depriving millions of people of work.

Xi, making his first appearance at the forum since his vigorous defense of free trade and globalization in an address in Davos in 2017, struck a similar tone this time around, advocating multilateralism as the way out of current challenges in a roughly 25-minute speech.

“We should build an open world economy ... discard discriminatory and exclusionary standards, rules and systems, and takedown barriers to trade, investment and technological exchanges,” he said.

The G-20 – an international forum grouping 19 of the biggest developed and emerging economies, plus the European Union – should be strengthened as the "main forum for global economic governance” and the world should “engage in closer macro-economic policy coordination,” Xi added.

China itself would more actively participate in global economic governance, he said.

China’s gross domestic product (GDP) grew by 2.3% in 2020, according to official data released last week. That was its lowest annual growth rate in more than four decades but still made China the only major economy to avoid a contraction last year as many nations struggled to contain the pandemic.

International governance should be based on rules and consensus, instead of on orders given by one or by a few, Xi added, without naming any countries.

“The world is undergoing changes unseen in a century, and now is the time for major development and major transformation,” he said.

Much of what the Chinese leader said was a reiteration of Beijing’s usual stance on issues such as closing the gap between wealthy and developing nations, and warning that countries should not meddle in other countries’ affairs.

While Xi did not mention recent U.S. policies directly, he did call for sticking to rules, embracing diversity and avoiding confrontations over trade and technology.

Relations between the U.S. and China have sunk to their worst in decades as former President Donald Trump imposed punitive tariffs and other sanctions to try to gain concessions on trade and counter perennial trade deficits.

“We should advocate fair competition, like competing with each other for excellence in a racing field, not beating each other on a wrestling arena,” Xi said.

“To engage in cliques, a new Cold War, exclusion, threats and intimidation against others, to warn of decoupling, cutting off supplies, sanctions at every turn ... can only drive the world to division and even conflict,” he said.

Just days after his inauguration, President Joe Biden has yet to set out his administration’s own policies on trade with China, though he is adopting a more conventional approach than Trump’s “America First” stance in handling global issues such as the pandemic and global warming.

Biden will be absent from the weeklong gathering, as he tackles urgent and daunting challenges at home.

Few experts expect Biden to significantly soften the U.S. stance on trade and technology given longstanding friction over a wide range of issues, including human rights.

Xi said countries need to better coordinate their economic policies, avoid protectionism and other barriers to trade and cooperation to support a global economic recovery and ensure the stability of world financial systems.

“Despite trillions of dollars countries around the world rolled out in economic remedies, the momentum of the global economic recovery remains very unstable, and there is great uncertainty about the outlook,” Xi said.

Putin’s appearance is likely to be contentious with critics at a time when the West is weighing possible new sanctions against Russia over its treatment of Kremlin critic Alexei Navalny.

“I confirm Davos on the 27th,” the RIA news agency quoted Peskov as saying. Putin did not feature on the preconference agenda.

The Interfax news agency said Putin had not taken part in a similar event since 2009 when he was Russian prime minister.

The forum has said it plans to hold its annual meeting in person in May in Singapore.