Coronavirus, a source of concern for newspaper industry? 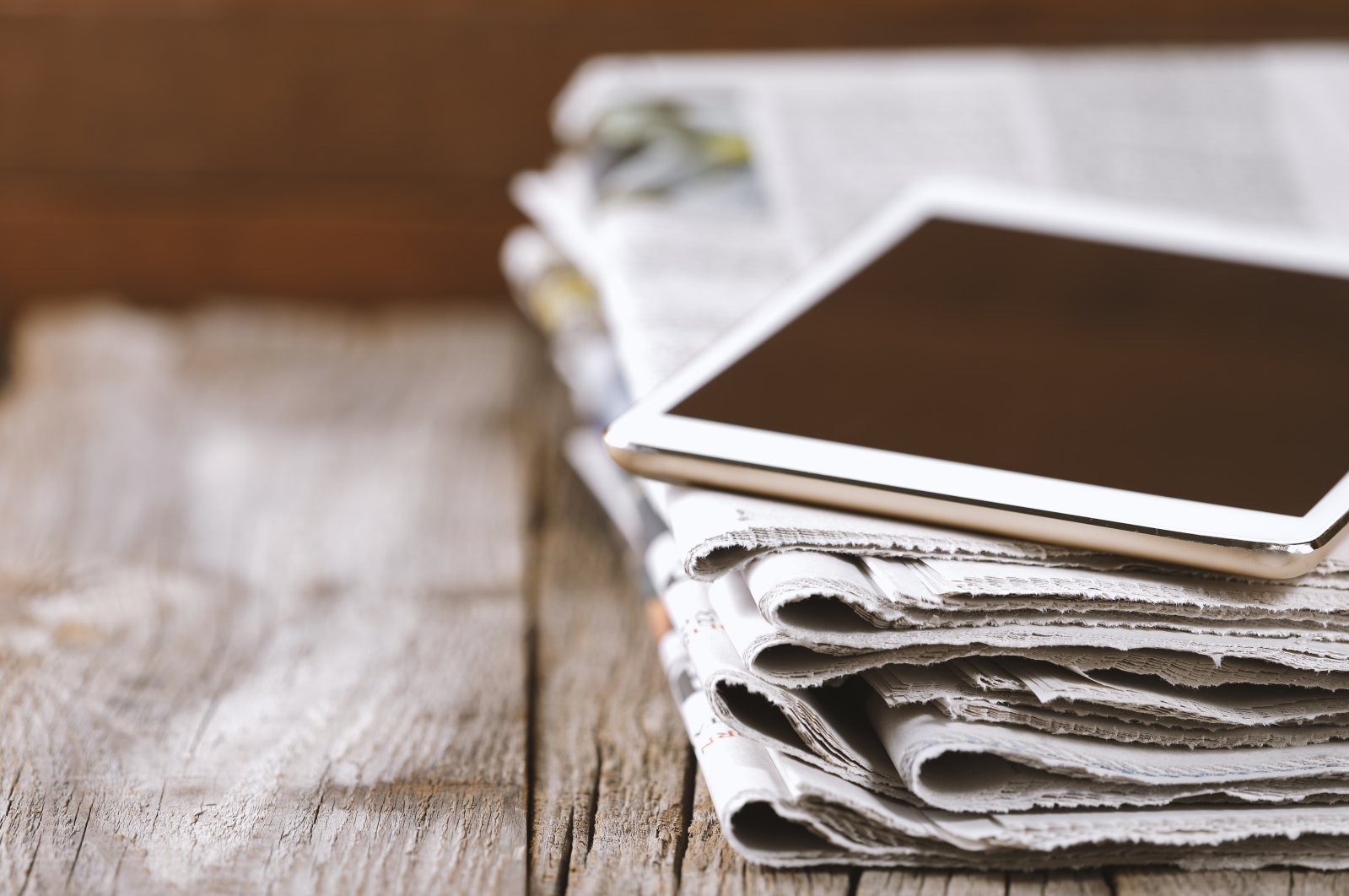 The transition to digitization has dealt a blow to newspaper sales across the globe, with people preferring to read news online, and now the print media industry is facing a fresh challenge – the novel coronavirus.

The virus, known as COVID-19, spreads through respiratory droplets when sick individuals cough or sneeze on surfaces or other people. Touching your eyes, mouth or nose could lead to infection if you touch contaminated surfaces or objects.

"The likelihood of an infected person contaminating commercial goods is low and the risk of catching the virus that causes COVID-19 from a package that has been moved, traveled, and exposed to different conditions and temperature is also low," according to a statement by World Health Organization (WHO).

The WHO statement can lead to the assumption that there is no major chance of the spread of COVID-19 through newspapers. However, many people in Turkey have stopped buying outside objects such as newspapers.

"I've bought newspapers daily for the past three decades or so and love reading printed stuff, thus buying at least two of them every day. That being said, I have not bought even a single newspaper for the past week," said Osman Cengiz, a retired teacher.

The 66-year-old man said the coronavirus poses a greater risk to the older generation, adding he has become more careful and does not leave his home. Even before the curfew on people age 65 and older was imposed, Cengiz was careful not to touch any objects while outside his house.

"Someone (infected) might have touched the newspaper, that is why I do not buy them," he said, but added: "I bought a couple of magazines which were in plastic bags and started reading them after removing the outside layer, which I also disinfected."

Cengiz said that although he is an environmentalist and hates to say this, the plastic bag around the newspaper makes him feel more confident to buy it. "Maybe, for a short while, newspapers should follow a similar policy until this outbreak passes," he said.

According to the owner of a newspaper stand, Cengiz is not the only one who is skeptical about buying newspapers due to fears of contracting the virus in Turkey, which has so far confirmed 75 deaths and 3,629 cases linked to the disease.

"State officials have repeatedly told people not to go outside their homes, therefore we have much fewer customers. It is clear that we sell at least half of what we used to," said Vural Akçay, who has been in the business for about 13 years.

Akçay further said that most of his customers were above 40 years of age and the younger generation usually prefers reading online.

"Some of my customers even refuse to receive newspapers despite the fact that our delivery boy delivers them to their doors. It is like they believe they will die the moment they touch the paper. It is senseless," he said.

An official working for Sabah newspaper, one of Turkey's top-selling newspapers, said people working in printing houses already wear masks and gloves to minimize the risk posed by the coronavirus.

"After this virus emerged, we have significantly increased our hygiene measures as well," he said, adding that employees use disinfectants regularly and minimize human interaction.

According to a study published in the New England Journal of Medicine, the coronavirus stays alive on surfaces for hours – up to three hours in the air, four hours on copper, 24 hours on cardboard, and two or three days on plastic and stainless steel.

Having emerged in Wuhan city in China, the new coronavirus has spread to at least 176 countries and territories so far and was labeled as a pandemic by the WHO.

There are over 530,000 confirmed cases around the world, with a global death toll exceeding 24,000, according to data compiled by the U.S.-based Johns Hopkins University.

Although cases are increasing worldwide, the majority of those contracting the virus suffer only mild symptoms before making a recovery. So far, more than 122,000 people have recovered from the disease.