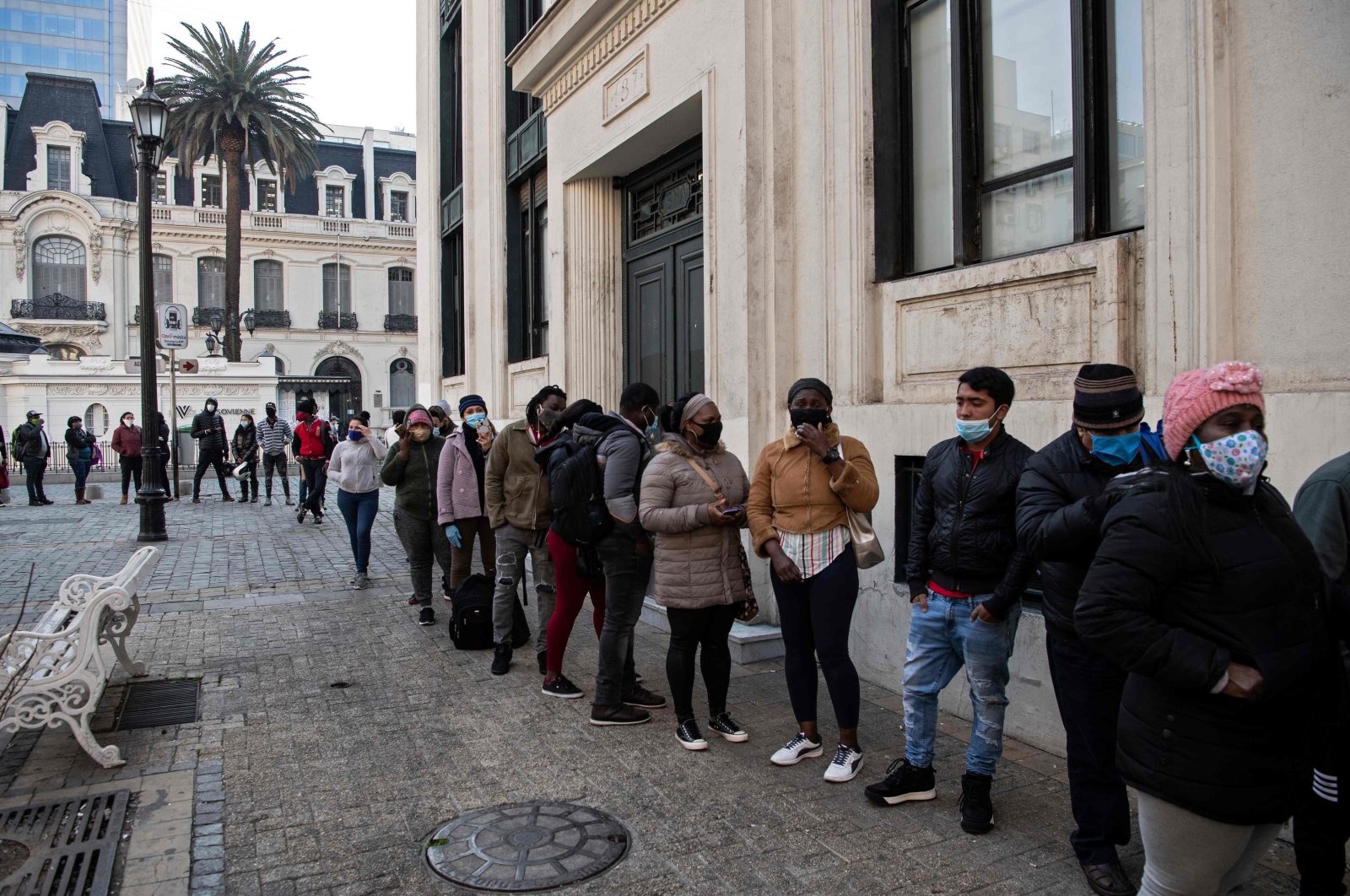 People wear face masks while queueing to enter a branch of the Pension Fund Administrators (AFP) office to start the procedure to withdraw up to a ten percent of their deposits in Santiago, Aug. 13, 2020. (AFP Photo)
by French Press Agency - AFP Aug 18, 2020 7:51 pm
RECOMMENDED

Chile's gross domestic product (GDP) plunged 14.1% in the second quarter, the Central Bank said Tuesday, after the coronavirus pandemic mauled economic activity with the exception of the vital mining sector.

Among the worst-hit sectors were manufacturing, construction and the hotel and restaurant sector. In the first quarter, the Chilean GDP had increased slightly by 0.2%.

"In the second quarter of the year, economic activity decreased by 14.1% compared to the same period last year.

"The result is the consequence of the health emergency associated with COVID-19, which has had an impact on people's mobility and the normal functioning of production establishments," the Central Bank said.

The country's huge mining industry was the only sector to see an increase over the period, rising 1.6%, buoyed by demand from China.

Chile is the world's leading copper producer and mining accounts for up to 15% of GDP and half of the exports.

The major mining companies have continued activity during the pandemic, instead applying strict health protocols and reducing the number of workers on site. However, trade unions have reported high levels of contamination.

Coronavirus infections in Chile peaked during the second quarter, with 387,000 cases to date, and more than 10,500 deaths.

Analysts Capital Economics said economic recovery had been stalled by a decision to extend strict lockdown measures in major cities, including the capital Santiago.

However, it said, "with new daily coronavirus cases on a downward trend, there are early signs that these strict measures are working," adding there had been a gradual pick up in activity in August.

"This, combined with large fiscal and monetary stimulus, should mean that Chile's recovery strengthens from here. Indeed, we expect the recovery to be among the fastest in the region over the coming years. We expect a 7% contraction in GDP this year, followed by a solid 8.5% rebound in 2021."