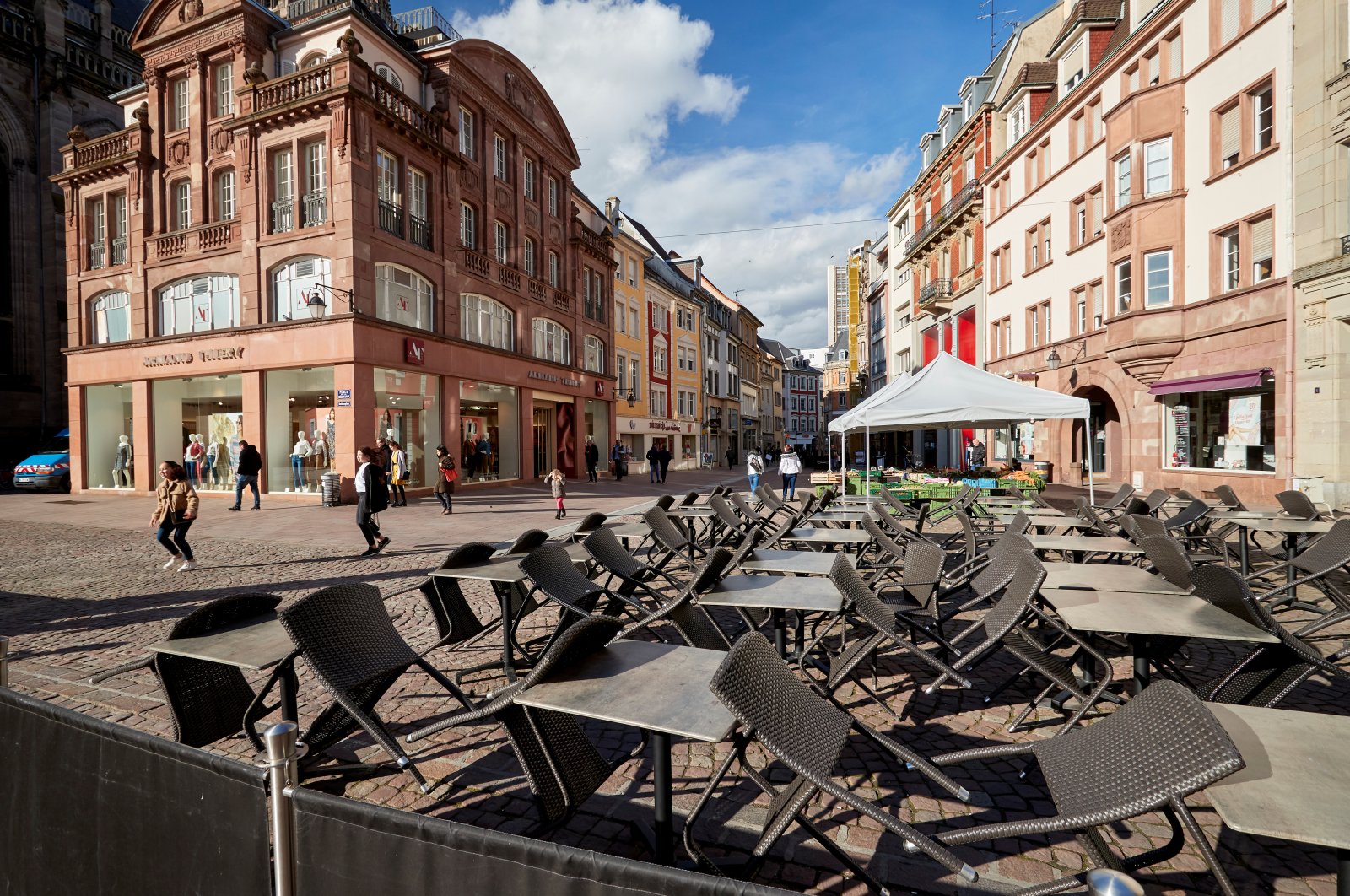 A closed terrace is pictured during the outbreak of the coronavirus disease (COVID-19) in Mulhouse, France March 12, 2020. (Reuters Photo)
by Anadolu Agency Mar 30, 2020 1:38 pm
RECOMMENDED

The COVID-19 pandemic dropped economic confidence sharply both in the European Union and the eurozone in March, the European Commission announced Monday.

In March, the Economic Sentiment Indicator (ESI) fell by 8.2 points to 94.8 in the EU 27 and 8.9 points to reach 94.5 in the eurozone, according to a press release issued by the commission.

The eurozone/euro area, or the EU 19, represents member states that use the single currency – the euro, while the EU 27 includes all member countries of the bloc.

The strong ESI decline in the euro area stemmed from "slumping confidence among consumers and in all the business sectors."

"The collapse was particularly strong in services and retail trade," it added.

Among the largest euro-area economies, the ESI decreased mostly in Italy by 17.6 points, while Germany was down 9.8 points, France 4.9 points, the Netherlands 4 points and Spain down by 3.4 points.

Italy and Spain, with nearly 180,000 cases and more than 17,500 deaths in total, are the countries where the virus has suffered the most.

"Importantly, in many countries, the vast majority of survey responses were collected before strict containment measures were enacted to combat the spread of the coronavirus," it added.

The coronavirus was first detected in Wuhan, China in December. There are currently nearly 725,000 cases worldwide and over 34,000 reported deaths with more than 152,000 recoveries, according to U.S.-based Johns Hopkins University.

Despite the severity of the virus, most people experience mild symptoms and recover.