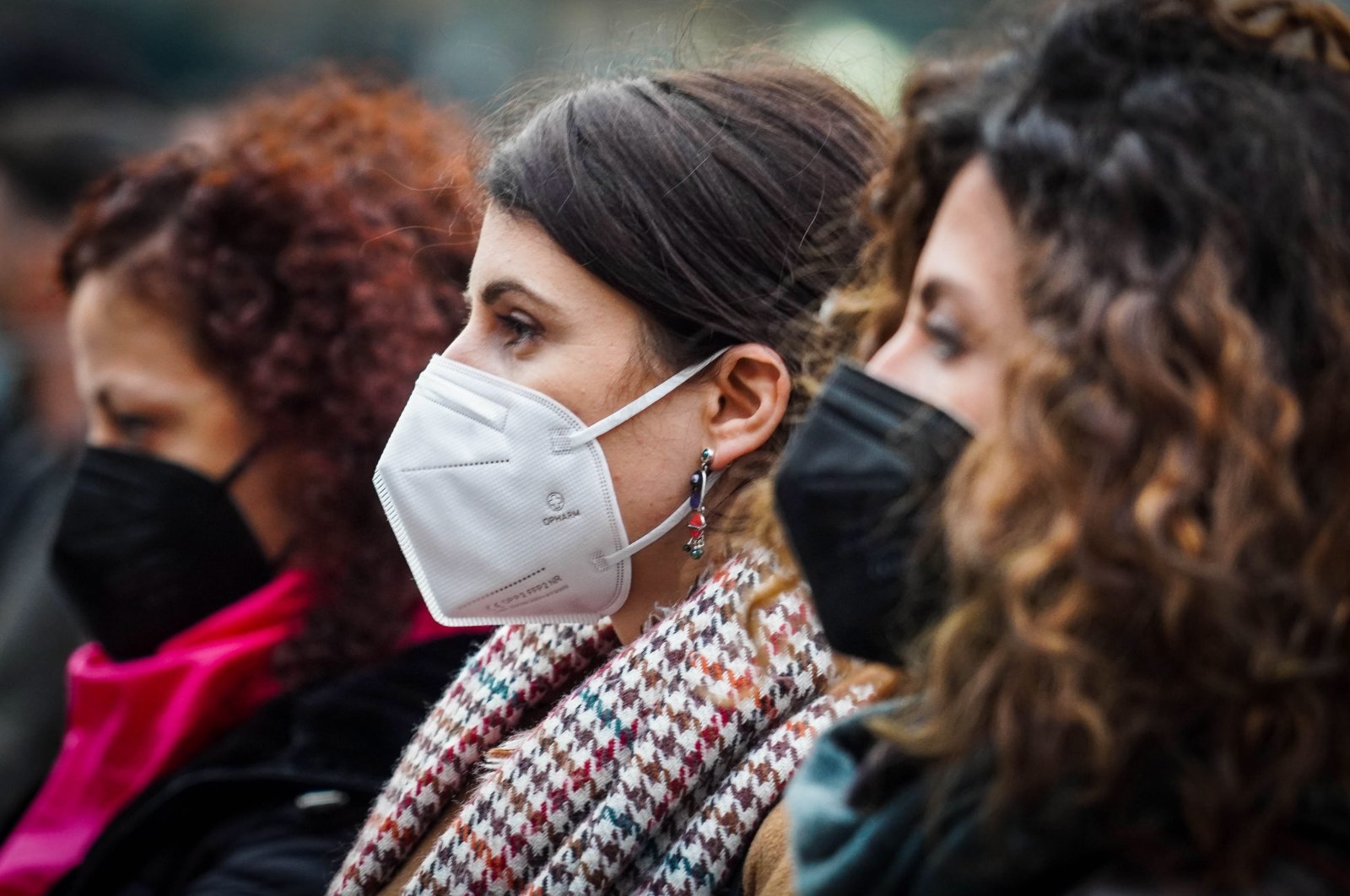 The COVID-19 pandemic has brought back sexist questions and hardships women in Italy’s business fields have faced over the years.

One of hundreds of thousands of women in Italy who lost their job in the pandemic, Laura Taddeo has a master’s degree in tourism, speaks fluent English and Spanish and some Arabic, too. Her contract as a tour operator with a high-end Italian hotel company expired in May, just as COVID-19 travel restrictions were crippling tourism, and it wasn’t renewed. But whenever tourism does rebound, Taddeo, who cuts a confident figure, will brace for the job interview questions.

“It’s not, ‘What have you studied? What languages do you speak?’ but ‘Do you have a family? Do you intend to have children?”’ Taddeo, who is 33, said every man who has interviewed her asked right off the bat.

Worldwide, women have paid a painfully high price during the pandemic as many quit jobs to care for children when schools closed or saw employment evaporate in hard-hit retail and hospitality businesses. But Italian women went into the COVID-19 crisis already struggling for decades to expand their presence in the workforce.

Among the 27 European Union nations, Italy ranks next to last, just above Greece, in terms of women's participation in the workforce. In 2020, while Europe's economy was reeling from pandemic restrictions, 49.4% of women aged 15 through 64 worked in Italy, compared with an EU average of 67.3%. In comparison, 67.3% of men had jobs, against an EU rate of 79%.

Deeply rooted Italian societal attitudes that hold a woman’s main vocation is in the home help to explain the lag.

"It's not so much that women shouldn't work, but they shouldn't neglect the household. That's the responsibility of women,'' said sociologist Chiara Saraceno of the widespread attitudes. Affordable daycare is chronically scarce, both public and private.

Of 456,000 jobs lost in 2020 in Italy, where the pandemic first erupted in the West, 249,000 were held by women, many of whom had been working as waitresses, store clerks, nannies and caretakers for the elderly. According to the national statistics bureau, ISTAT, between November and December, when Italy was grappling with a devastating resurgence of infections, a staggering 99,000 of the 101,000 jobs that disappeared were women’s, mostly among the self-employed.

Even before the pandemic, Italy's economy had never fully recovered from the economic crisis of more than a decade ago. The Bank of Italy has estimated that gross domestic product (GDP) would improve by some 7 percentage points if the proportion of women in the workforce climbs to 60%.

“We’re talking about women who are more educated than men but that our country doesn’t succeed in employing,’’ ISTAT's central director Linda Laura Sabbadini said in an interview last month with the weekly Io Donna, (I, Woman). “The point is that, as long as women are underutilized in respect to their potential, Italy won’t grow.”

If anyone is acutely aware of that issue that would be Mario Draghi, who headed both the Bank of Italy and the European Central Bank (ECB) and last month became the nation's premier.

A hefty chunk of the 209 billion euros ($250 billion) in EU pandemic aid for Italy is to be earmarked for digital innovation and shifting the economy to environmentally friendly technologies. In laying out his priorities to Parliament last month, Draghi said Italy must invest “economically, but above all, culturally," so that young women can train for careers in sectors that will get the new investment.

Some 37% of Italian men have degrees in science, technology, engineering and mathematics (STEM), compared with 16% for women.

That has some worried that EU funding could widen the gender gap.

“There is a big risk it will end up increasing jobs for men,’’ said sociologist Saraceno, who is based in Turin. “I have been saying for some time that you have to prepare both sexes for this kind of work."

Daniela Magnanti, 42, says the push for tech and engineering jobs for women comes too late for her. She wrote computer code for years until her employer went bust. In a phone interview from her home in a Rome suburb, Magnanti recounted how, when she tried to get back to work after the birth of her second daughter, parenthood hurt her prospects.

For recruiters, asking if she had a child “was a routine question. (And) it was always a male (recruiter) who called.”

Magnanti now works part time at the check-in desk of a hotel in a nearby beach town and does administrative work for her brother's plumbing business.

“At first, in the 1960s and 1970s, (lack of women working) was justified by saying they weren’t prepared, they didn’t have the competence,’’ said Liliana Ocmin, who coordinates the CISL labor union group's efforts for women. But even after Italian women armed themselves with college degrees and skills they remained behind in the workforce.

ISTAT's Sabbadini noted last year that daycare availability nationwide was a scarce 25%. In southern Calabria, it was a mere 9%.

Draghi seems to be getting the message. In remarks to the nation on Monday, International Women's Day, he said Italy needed “profound reforms” to narrow the gender gap, including more equitable access to daycare.

“If they were men, they’d ask “What do your children do?”' said Basso, who lives near Venice.

Among those suffering economically from the pandemic is Anita Galafate, who started a wedding planner business 15 years ago, when she was 23 and newly married.

Before her 3-year-old twin sons were born, she handled 25 weddings a year, then cut back to 15. During the pandemic she received two bookings.

“As far as my boys go, I don’t want them to see a woman who stays home. I want them to think that when they have a future wife or companion, it’s perfectly fine to work,” Galafate said. “Even if the pandemic costs me this job, I will find another."