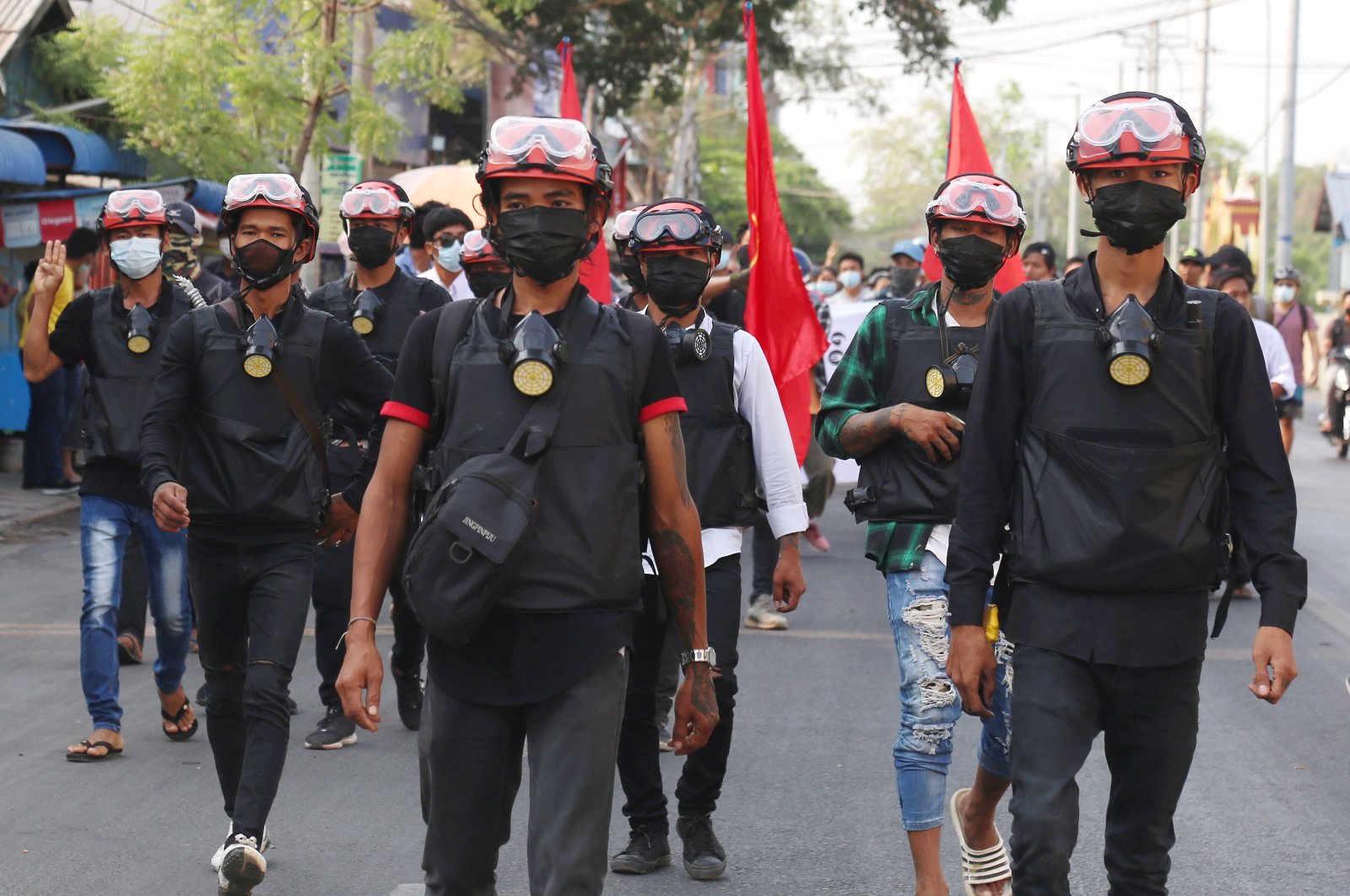 Myanmar businesses were already struggling due to the COVID-19 pandemic, but the Feb. 1 coup that sparked mass protests and a deadly crackdown has led to even more problems for local employers and employees.

Li Dongliang, who has owned a garment factory in the country for around two years is on the verge of closing down and laying off his 800 remaining workers after his factory was set alight amid a surge of anti-Chinese sentiment during the crackdown. His orders stopped as well.

His story is emblematic of the perilous situation facing a sector critical to Myanmar's economy, which accounts for a third of its exports and employs 700,000 low-income workers, according to United Nations data.

"We would have no choice but to give up on Myanmar if there are no new orders in the next few months," said Li, adding he has been operating at about 20% capacity, surviving only on orders placed before the coup and had already shed 400 staff.

Li said he and many of his peers were considering moving to other low-cost garment hubs like China, Cambodia or Vietnam, as big fashion brands like H&M and Primark have stopped trading with Myanmar due to the coup.

Chinese nationals like Li fund nearly a third of Myanmar's 600 garment factories, according to the Myanmar Garment Manufacturers Association, by far the largest investor group.

At least two other Chinese-funded garment factories in Myanmar, employing a combined 3,000 workers, had decided to close, said Khin May Htway, managing partner of MyanWei Consulting Group, which advises Chinese investors in Myanmar. She said the two firms were her clients but declined to identify them citing privacy.

Foreign investment in garments surged in Myanmar over the past decade as economic reforms, an end to Western sanctions and trade deals helped establish the sector as the greatest symbol of its nascent emergence as a manufacturing hub.

But the sector has been rocked by the pandemic which plunged the world into recession and choked consumer demand, resulting in tens of thousands of garment factory jobs lost in Myanmar and elsewhere in Asia.

Then the coup happened.

In the weeks that followed, many garment workers joined protests or couldn't get to work as streets became battlegrounds. The turmoil also jammed the banking system and made it difficult to get goods in and out of the country, factory owners said.

With international condemnation of the coup growing, European and United States fashion brands last month issued a statement through their associations saying they would protect jobs and honor commitments in Myanmar.

However, many have recently halted orders there including the world's second-biggest fashion retailer, Sweden's H&M, Britain's Next and Primark, and Italy's Benetton.

Next said it would split its orders previously going to Myanmar between Bangladesh, Cambodia and China, while Benetton said it would mainly move business to China. H&M and Primark have not commented on how they will redistribute orders.

In Vietnam, garment factory owner Ravi Chunilal told Reuters he was starting to get more business from European buyers diverting from Myanmar.

"They don't want to abandon Myanmar ... but it's being forced upon them," said Peter McAllister of Ethical Trade Initiative, a labor rights organization whose members include European high-street brands.

McAllister said that it would be very difficult for Myanmar's garment sector to recover if Chinese investors left.

Anti-China sentiment has risen since the coup, with opponents of the takeover noting Beijing's muted criticism compared with Western condemnation. It was against this backdrop that several Chinese-funded factories, including Li's, were torched by unidentified assailants during a protest last month.

Rights groups have repeatedly raised concerns about exploitation in Myanmar's garment sector, where mostly women workers earn as little as 4,800 kyat ($3.40) a day, the lowest rates in the region.

But it has provided an escape from poverty for many, as workers have migrated from rural areas to the factories, mainly around the commercial hub of Yangon, and sent money back to their families.

That would result in "terrible outcomes of poverty," he said, adding that he was also staying afloat on orders placed before the coup but feared orders for next season, normally due later this month, will dry up.

Thin Thin, a 21-year-old garment worker, said her family of five was surviving on a 8,600 kyat ($59) monthly retainer her factory had given her while it shut down because of the coup.

"I feel so stressed ... We have nothing left to pawn. We have to borrow from money lenders at 20% interest a month."

The U.S., which has imposed targeted sanctions on Myanmar's military, late last month suspended trade talks with it and said it was reviewing its eligibility for its Generalized System of Preferences scheme, which reduces tariffs and provides other trade benefits for developing countries.

But some unions representing garment workers have called for the international community to impose tougher sanctions to press the military, even though it may further damage their industry.

"I accept orders moving away," Myo Myo Aye, founder of the Solidarity Trade Union of Myanmar, said through a translator. "Workers would face difficulties and hardship because there would be no jobs. On the other hand, we simply don't accept the military regime."