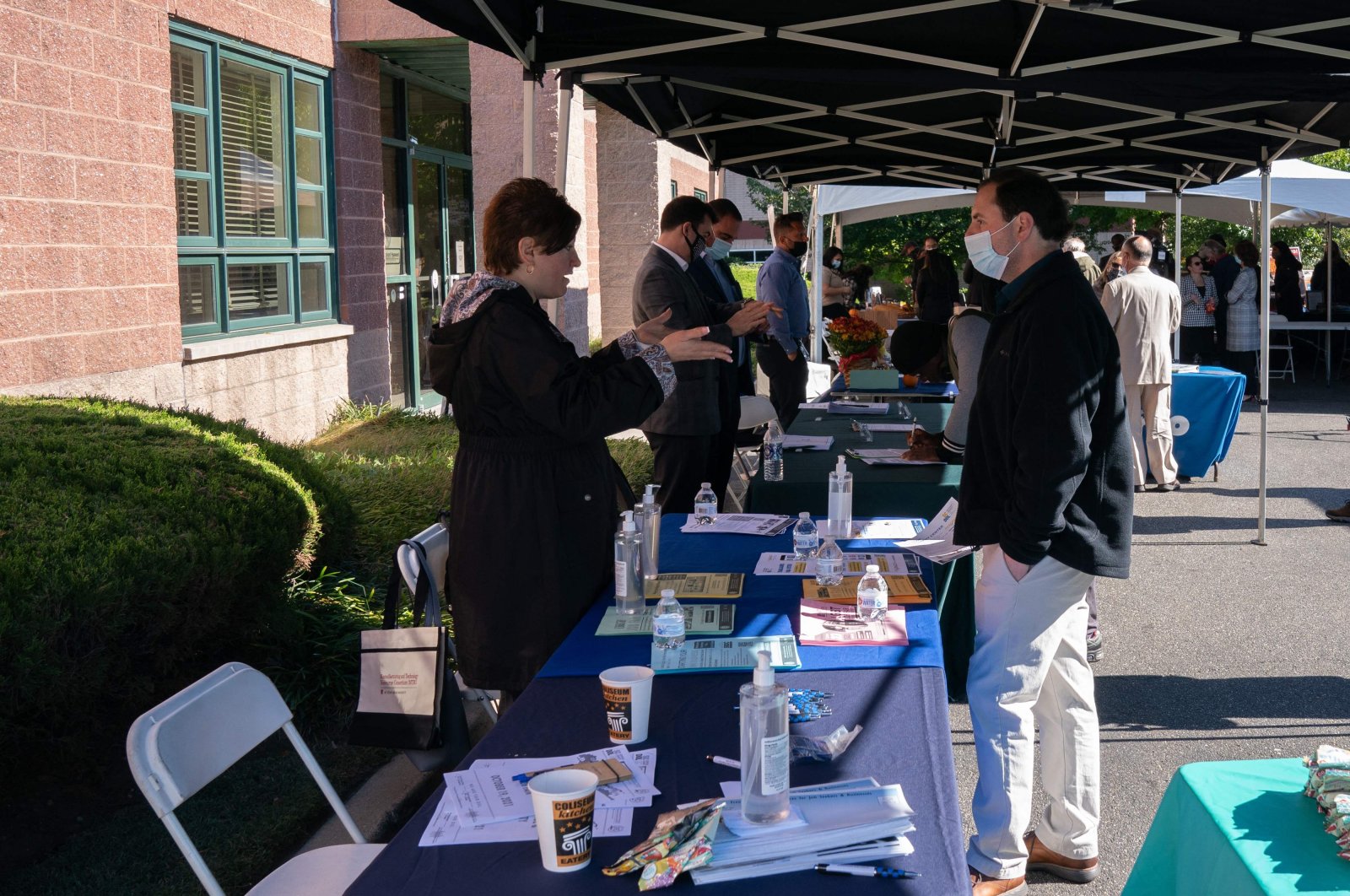 Even as millions of Americans who lost their jobs to the COVID-19 pandemic have returned to work, companies nationwide report they are still struggling to hire employees in recent months.

More than 10 million jobs were unfilled as of the end of August, according to government data. The labor force participation rate, which measures the U.S. economy's active workforce, was 61.6% in September, compared to 63.3% before the pandemic.

The causes of the short staffing are myriad, from continued fears of contracting COVID-19, particularly among people who live with elderly family or children, to early retirements and objections over work-life balance and low wages.

And while the government throughout the pandemic offered generous unemployment benefits to keep people who lost their job financially sound, their expiration last month has not yet caused hiring to increase.

The employee shortages come as restaurants and entertainment venues reopen as more Americans get vaccinated, and ahead of the uptick in business around the holiday season.

With "so many employers trying to hire so many people at the same time, it creates that imbalance," said Aaron Sojourner, an economist at the University of Minnesota.

Employers who spoke to Agence France-Presse (AFP) told of mad scrambles to attract applicants by offering higher wages and other perks.

Chekijian has put out ads looking for employees and attended job fairs with offers of time off, benefits packages and salaries as generous as he can manage, but still can't find the people he needs.

"It's been shockingly slow," he said. "It's definitely affecting what we're trying to do in terms of growing our business."

The biggest American retailers are hiring staff ahead of the holiday season, with Amazon and Walmart both recruiting 150,000 people, Target and UPS taking on 100,000 and FedEx 90,000.

Logistics company GXO is looking to hire 9,000 employees for the busy season over the next two months, and its head of human resources Maryclaire Hammond said "finding people has been a huge issue."

"There is a massive competition for talent at all levels, there is an absolute war," she said in an interview.

GXO is particularly short on material handlers and forklift operators, and has paid for billboards and social media advertisements and organized job fairs to attract applications.

It has upped its pay by $3 to $5 per hour in the past eight months and offered hiring incentives and a benefits package including health insurance, retirement contributions and college tuition assistance.

But Hammond said getting people to stay is even trickier.

"The current workforce is pretty fickle, happy to change," she said. If a warehouse nearby pays even slightly more, employees will move there.

The company has tried to make workers feel comfortable, even going so far as to hand out burritos at some warehouses.

"Offering very good burritos in the mornings, it sounds silly, but things like that really motivate people," Hammond said.

It has also tried to find ways around the worker shortages by increasing automation in its warehouses by 40% this year.

Staci Weinsheimer is looking for a full-time administrative job and feels that the market is finally turning in her favor.

Some job seekers still struggle to find work, or question whether companies will treat them well.

"Employers could be spending more money to attract new hires, and to improve working conditions. Those who do that find it easier to hire," Sojourner, the University of Minnesota economist, said.

He added: "But a lot of employers are reluctant to really raise wages, because that does come out of their profits, and then the incumbent employees might also want a raise."