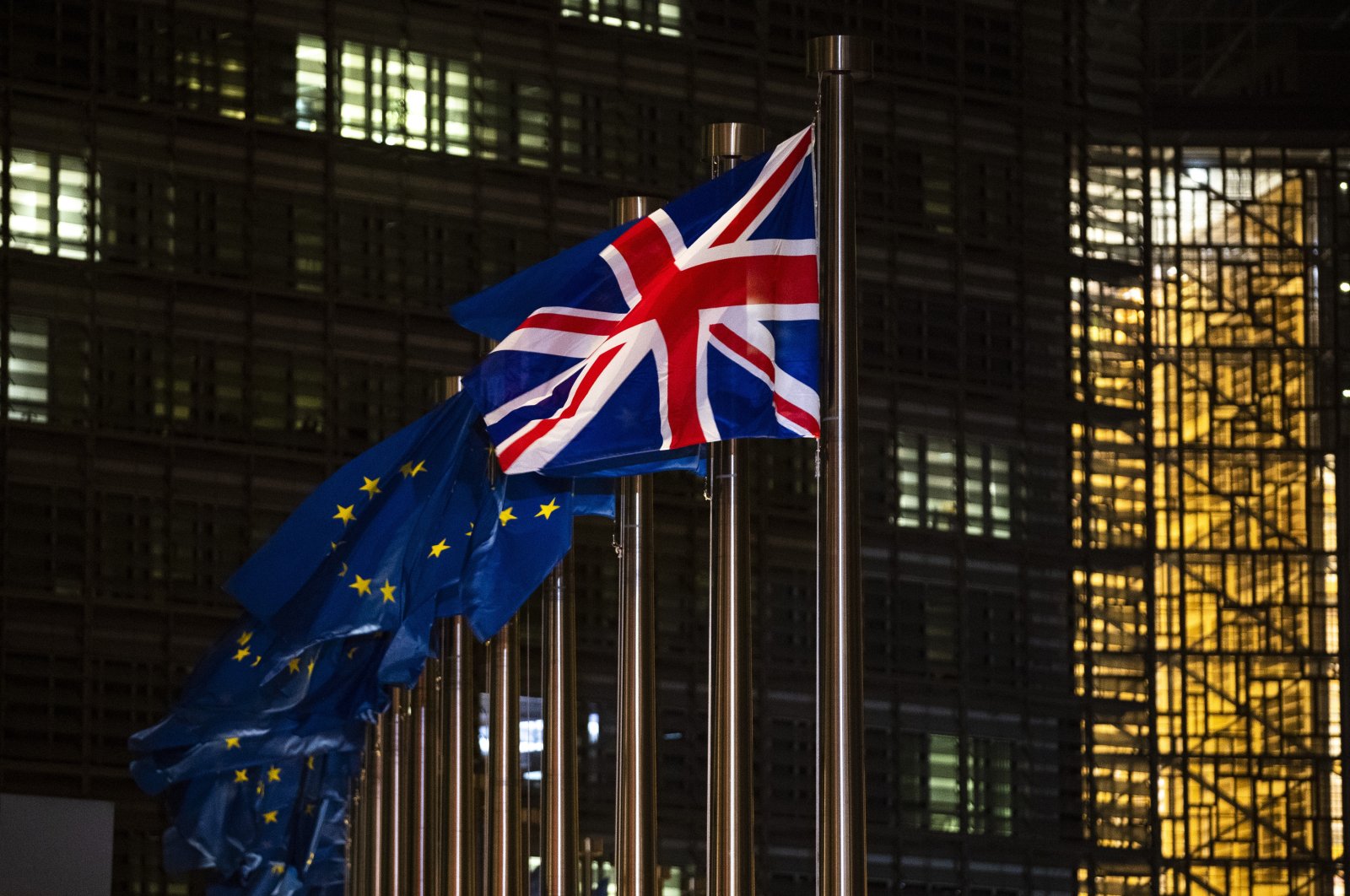 Just a week before the deadline, Britain and the European Union struck a free-trade deal Thursday that should avert economic chaos on New Year’s and bring a measure of certainty for businesses after years of Brexit turmoil.

Once ratified by both sides, the agreement will ensure Britain and the 27-nation bloc can continue to trade in goods without tariffs or quotas after the U.K. breaks fully free of the EU on Jan. 1.

Relief was palpable all around that nine months of tense and often testy negotiations had finally produced a positive result.

The Christmas Eve breakthrough was doubly welcome amid a coronavirus pandemic that has left some 70,000 people in Britain dead and led the country’s neighbors to shut their borders to the U.K. over a new and seemingly more contagious variant of the virus spreading in England.

“We have taken back control of our laws and our destiny,” declared British Prime Minister Boris Johnson, who posted a picture of himself on social media, beaming with thumbs up.

“People said it was impossible, but we have taken back control.”

European Commission President Ursula von der Leyen said “it was a long and winding road but we have got a good deal to show for it.”

“It is fair, it is a balanced deal, and it is the right and responsible thing to do for both sides,” she said in Brussels.

"Finally we can leave Brexit behind us and look to the future. Europe is now moving on.”

The 27 EU countries and the British and European parliaments still need to vote on the agreement, though action by the European body may not happen until after the Jan. 1 breakup. Britain’s Parliament is set to vote on Dec. 30.

France, long seen as Britain’s toughest obstacle to a deal, said the uncanny steadfastness among the 27 nations with widely varying interests was a triumph in itself.

And German Chancellor Angela Merkel said that unity will now probably result in all the EU nations backing the deal: “I am very optimistic that we can present a good result here.”

It took more than three years of wrangling before Britain left the bloc’s political structures last January. Disentangling the two sides’ economies and reconciling Britain’s desire for independence with the EU’s aim of preserving its unity took months longer.

The devil will be in the detail of the 2,000-page agreement, but both sides claimed the deal protects their cherished goals.

Britain said it gives the U.K. control over its money, borders, laws and fishing waters and ensures the country is “no longer in the lunar pull of the EU.”

Johnson described the last-minute agreement as a “jumbo” free trade deal along the lines of that done between the European Union and Canada and urged Britain to move on from the divisions caused by the 2016 Brexit referendum.

The deal will also support the peace in Northern Ireland – a priority for U.S. President-elect Joe Biden, who had warned Johnson that he must uphold the 1998 Good Friday Agreement.

Irish premier Micheal Martin – whose EU member state would have been hard hit by a no-deal – said the accord was the “least bad version of Brexit possible.”

“There is no such thing as a ‘good Brexit’ for Ireland. But we have worked hard to minimize the negative consequences,” he said.

But it left much of the detail still to be worked out.

If Britain were to quit the EU with no agreement governing trade, the two sides would reinstate tariffs on each other’s goods.

Johnson’s government acknowledged that a chaotic no-deal exit – or a “crash-out,” as the British call it – would probably bring gridlock at the country’s ports, temporary shortages of some goods and price increases for staple foods. The turmoil could cost hundreds of thousands of jobs.

To avoid that, negotiating sessions alternating between London and Brussels – and sometimes disrupted by the pandemic – gradually whittled differences between the two sides down to three key issues: fair-competition rules, mechanisms for resolving future disputes, and fishing rights.

The EU has long feared that Britain would slash social, environmental and state aid rules after Brexit and gain a competitive advantage over the EU. Britain denies planning to institute weaker standards but said that having to follow EU regulations would undermine its sovereignty.

A compromise was eventually reached on the tricky “level playing field” issues. That left the economically minor but hugely symbolic issue of fishing rights as the final sticking point, with maritime EU nations seeking to retain access to U.K. waters where they have long fished and Britain insisting it must exercise control as an “independent coastal state.”

Under the deal, the EU is giving up a quarter of the quota it catches in U.K. waters, far less than the 80% Britain initially demanded. The system will be in place for 5 1/2 years, after which the quotas will be reassessed.

The U.K. has remained part of the EU’s single market and customs union during the 11-month post-Brexit transition period. As a result, many people so far have noticed little impact from Brexit.

On Jan. 1, the breakup will start feeling real. Even with a trade deal, goods and people will no longer be able to move freely between the U.K. and its continental neighbors without border restrictions.

EU citizens will no longer be able to live and work in Britain without visas – though that does not apply to the 4 million already doing so – and Britons can no longer automatically work or retire in EU nations. Exporters and importers face customs declarations, goods checks and other obstacles.

The U.K.-EU border is already reeling from new restrictions placed on travelers from Britain into France and other European countries because of the new version of the coronavirus sweeping through London and southern England.

Thousands of trucks were stuck in traffic jams near the port of Dover on Wednesday, waiting for their drivers to get virus tests so they could enter the Eurotunnel to France.

British supermarkets said the backlog will take days to clear and there could be shortages of some fresh produce over the holiday season.

Despite the deal, there are still unanswered questions about huge areas, including security cooperation between the U.K. and the bloc – with the U.K. set to lose access to real-time information in some EU law-enforcement databases – and access to the EU market for Britain’s huge financial services sector.

Von der Leyen said she felt “quiet satisfaction,” but no joy, now that the torrid Brexit saga that has consumed Britain and the EU for years is finally almost over.

“I know this is a difficult day for some, and to our friends in the United Kingdom I want to say parting is such sweet sorrow,” she said.

Johnson, who staked his career and reputation on extracting the country from the EU, said Britain will always be a strong friend and partner to the bloc.

“Although we have left the EU, this country will remain, culturally, emotionally, historically, strategically, geologically attached to Europe,” he said.