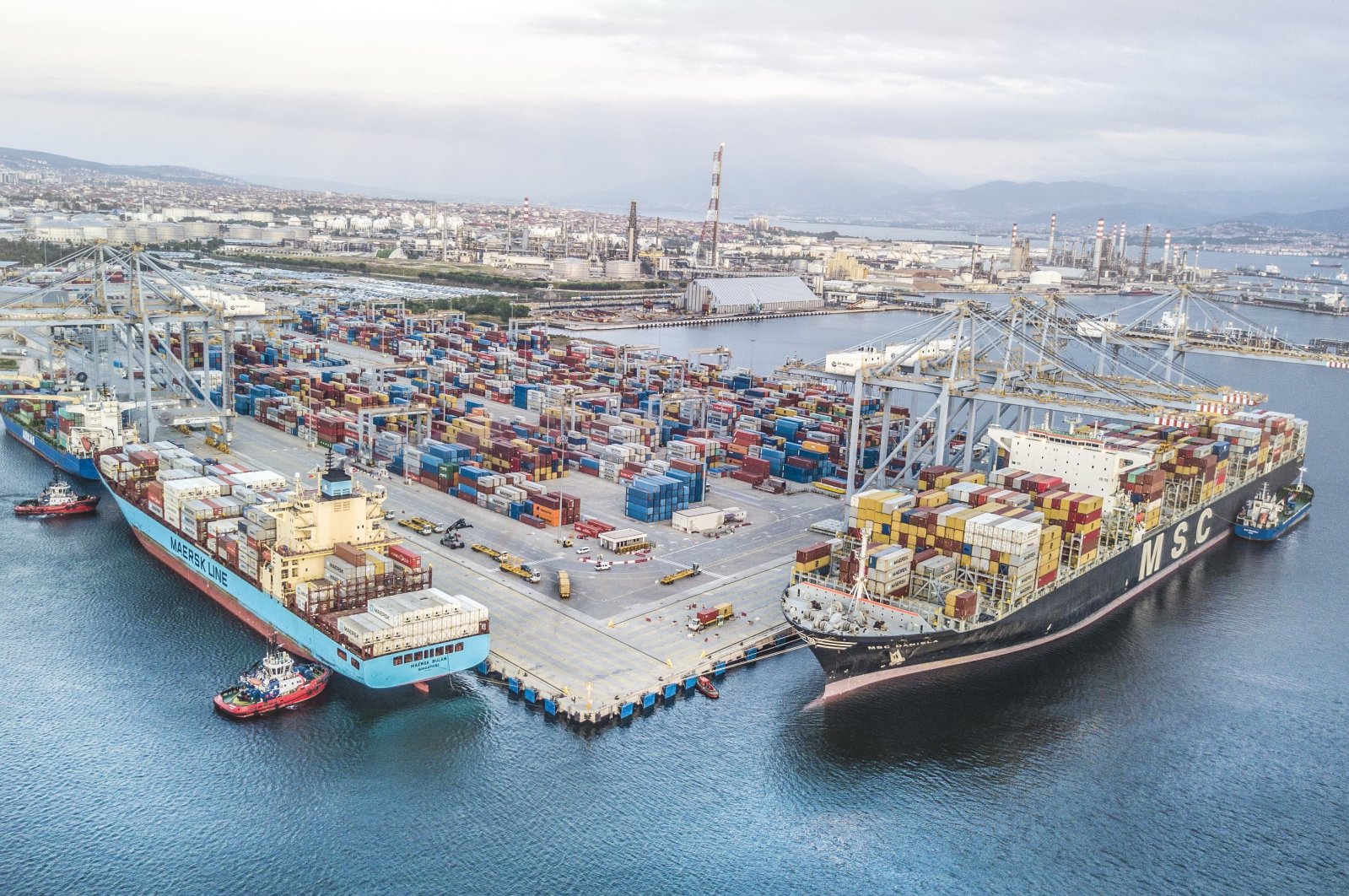 One of the leading providers of worldwide smart end-to-end supply chain logistics, DP World has been working on next-generation tech solutions in the ports and terminals industry to enable an easier and greater flow of global trade.

The United Arab Emirates-based company has also been one of the major investors in Turkey, where it runs a port in the northwestern province of Kocaeli, one of the country's largest and its most technologically advanced.

Stressing its potential and the advantage of its geographical location, DP World has pledged to continue its investments in Turkey in the coming period, its executives told Daily Sabah on the sidelines of Expo 2020 Dubai, the first world fair held in the Middle East.

Held under the banner “Connecting Minds and Creating the Future,” the Expo 2020 world fair was delayed for a year by the COVID-19 pandemic. It opened its doors to exhibitors from almost 200 countries on Oct. 1 and will run for six months through the end of March.

Dubai, dubbed the region’s tourism, trade and business hub, is hoping to boost its economy by attracting 25 million business and tourist visits to the fair, which has been built from scratch on 4.3 square kilometers (1.7 square miles) of the desert.

Over one-third of the gross domestic product (GDP) of the UAE is being generated by the Dubai economy and DP World, which suggests it is contributing significantly to this while ensuring the continuity of global trade, from supply chain management to logistics, port operations to all kinds of transportation.

As the Premier Global Trade Partner of Expo 2020 Dubai, the company is showcasing its views on the future of end-to-end logistics under the theme of “The Power of Flow.”

DP World has evolved from being a local port runner in Port Rashid some 50 years ago to a regional and global port operator today, moving over 18 million containers per year through 80 container terminals with an interconnected global network of 190 in 68 countries.

Its Jebel Ali Port, located in the Persian Gulf, some 35 kilometers (21.7 miles) southwest of Dubai, is positioned as the flagship of DP World. It consists of four terminals. Jebel Ali Port plays an important role in the Gulf, Indian subcontinent and African markets.

Its port capacity will reach 22.4 million twenty-foot equivalent unit (TEU) once its Terminal 4 is completed.

As much as a global trade enabler, DP World now also regards itself as a tech company, according to its officials.

In Turkey, the company runs DP World Yarımca, the most technological port in the country, as well as one of the largest container terminals of the Gulf of Izmit and Turkey.

“We think ahead, anticipate change and deploy industry-leading technology to further broaden our digital vision to disrupt world trade and create the smartest, most efficient and innovative solutions, while ensuring a positive and sustainable impact on economies, societies and our planet.”

The pace of the global economic economy remains uncertain due to the effects of the pandemic and disruptions in the global supply chain, but Adams stresses DP World remains optimistic on its ability to outperform the industry.

“As a strong partner of Dubai Expo 2020, we believe that our future visions based on the idea of seamless, contactless, digitalized and sustainable end-to-end trade will mark the beginning of a new era worldwide,” he noted.

DP World Yarımca operates on an area of 46 hectares with a team of more than 700 employees and subcontractors in Turkey.

The company has invested around $600 million in Turkey to date, including $50 million made in 2020. And it pledges to continue investing, according to Adams.

“We have been continuing investments in line with Turkey’s potential for a long time. With a total investment of $600 million, of which $50 million was made in 2020, the annual capacity of DP World Yarımca, one of the largest container ports in Marmara, has been increased to 1.2 million TEU,” he said.

This gave the company the capacity needed to grow further and handle two ultra-large container ships (ULCS) simultaneously at its two berths.

“Our remote-controlled ship-to-shore cranes are currently able to handle the largest container ships afloat. Yarımca port, located at the heart of Turkey’s largest industrial zone, aims to provide the best service available in the end-to-end supply chain to Turkey’s exporters and importers. To this end, we also offer end-to-end services through other group companies including P&O Ferrymasters, P&O Maritime, DP World Logistics and Unico,” Adams said.

The latest development in this regard is the Turkey-Caspian Line, a new shipping route that will be launched by P&O Maritime Logistics between the Caspian Sea and DP World Yarımca.

In the past 10 years, he said Turkish ports have attracted many foreign investments. “We anticipate that these investments will increase over the next decade. We, at DP World, believe in Turkey’s potential and the advantage of its geographical location as well and therefore, we will continue our investments in 2022.”

The goal of DP World – which apart from its growing port operation in Kocaeli is also establishing a logistics organization, DP World Logistics – is to become one of the leading end-to-end logistics providers in Turkey, the company says.

Ties between Turkey and the UAE have been getting back on track as the two countries have been working to calm tensions after a yearslong rift.

Elaborating on the relations, Abdulla Bin Damithan, CEO and Managing Director DP World UAE and Jafza, said they have a strong belief in Turkey.

Stressing the latest investments made in the country and their contribution, Bin Damithan said: “We definitely see huge potential and evidence, if you look at trade between the UAE and Turkey, it has increased by 10% this year compared to 2020.”

“This is evidence that we have more potential. And we are going to grow further... We have more to do in Turkey going forward,” saying they will look at wherever there is opportunity.

“We are no longer only a port operator. We like to think of ourselves as a trade enabler and to be in the whole supply chain, from the factory to the door. We are going to provide Turkish exporters the potential to leverage from our global connection and make them reach new markets and grow their business,” Bin Damithan noted.