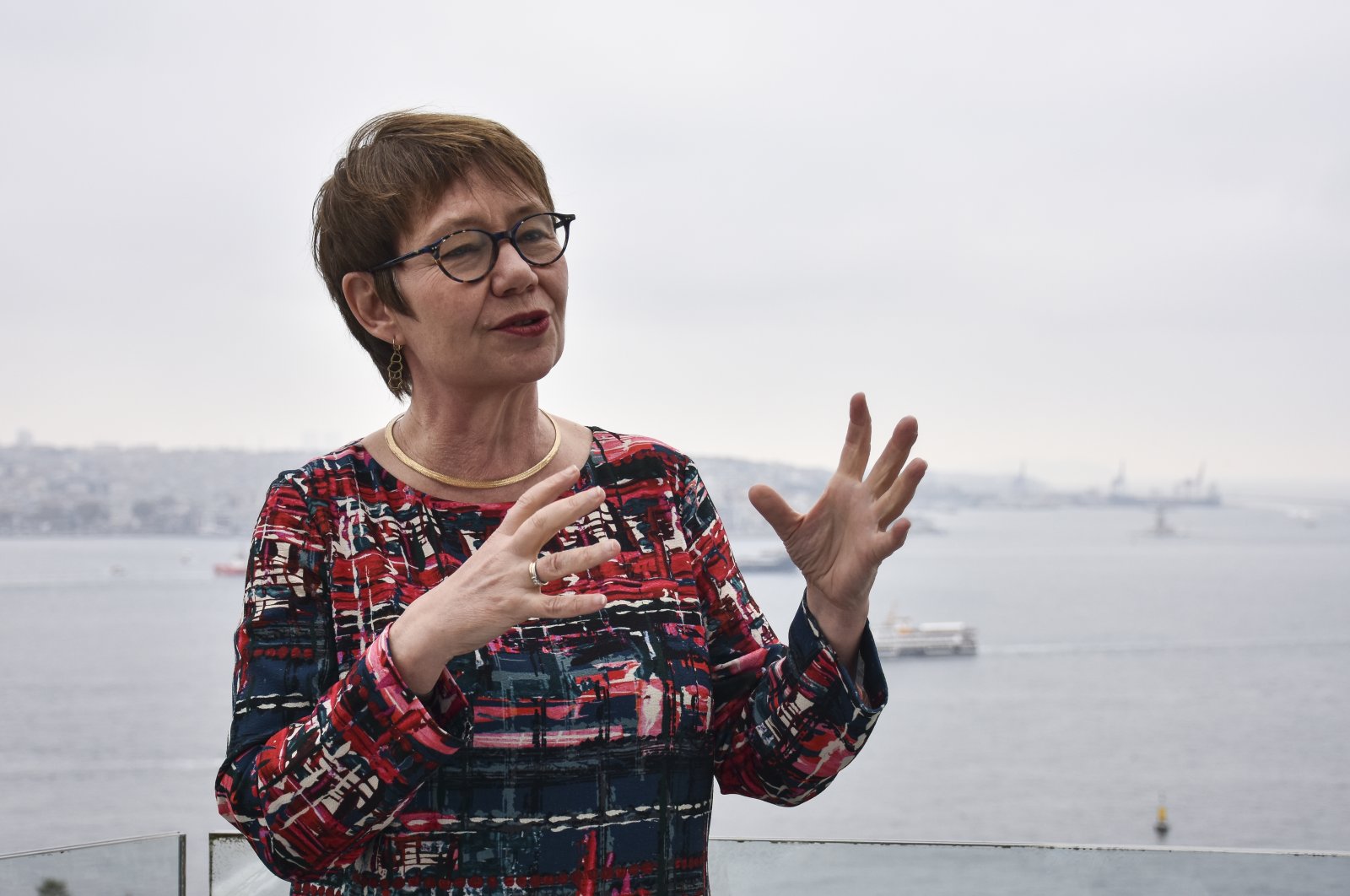 Turkey’s ratifying the Paris Agreement and setting a net-zero emission target for 2053 will increase investments, the head of the European Bank for Reconstruction and Development (EBRD) said Monday.

Odile Renaud-Basso, on the first day of her visit to the country, said they have assured Turkish authorities and the private sector that they will keep benefiting from the EBRD's climate finance.

“By the end of this year, the financing we have provided to Turkey will reach 1.5 billion euros ($1.73 billion), half of which will be green financing,” she said.

Renaud-Basso is set to hold talks with Gaziantep, Ankara and Istanbul metropolitan mayors, private sector representatives, nongovernmental organizations (NGOs), representatives of economic institutions and diplomats as part of her visit to Turkey.

Noting that Turkey is the EBRD's largest operating country, with more than 14 billion euros in investments since 2009, she said half of the investment in Turkey has already supports the country's transition to a low-carbon economy.

“To date, we have provided 6.6 billion euros in green financing through 175 projects. Almost half of the annual investments support the country's green program,” she said, however, adding that with the right policies, they “can increase our financing and attract investments from other sources.”

The EBRD aims to double the financing it will provide to female entrepreneurs in Turkey, Renaud-Basso noted. They are also working on a 15 million euro financial package to integrate solar energy into the city grid in southeastern Gaziantep, develop low-carbon public transport in Istanbul and the capital Ankara, and replace the old bus fleet in southern Mersin province with environmentally friendly vehicles.

The EBRD head stated that some steps need to be taken to ensure decarbonization, especially in the electricity generation sector, transportation and agriculture.

“We also expect a bolder transition from fossil fuels to renewable resources. We hope that energy-intensive sectors will review their emissions and adapt to a low-carbon road map,” she said.

Turkey needs to determine a strategic policy for the border carbon tax mechanism to be implemented by the European Union, said Renaud-Basso, otherwise, sectors in Turkey may face an additional cost of 777 million euros.

Evaluating the climate finance negotiations carried out at the United Nations Climate Conference, Renaud-Basso stated that the EBRD will double its green financing support to Turkey’s private sector by 2025.