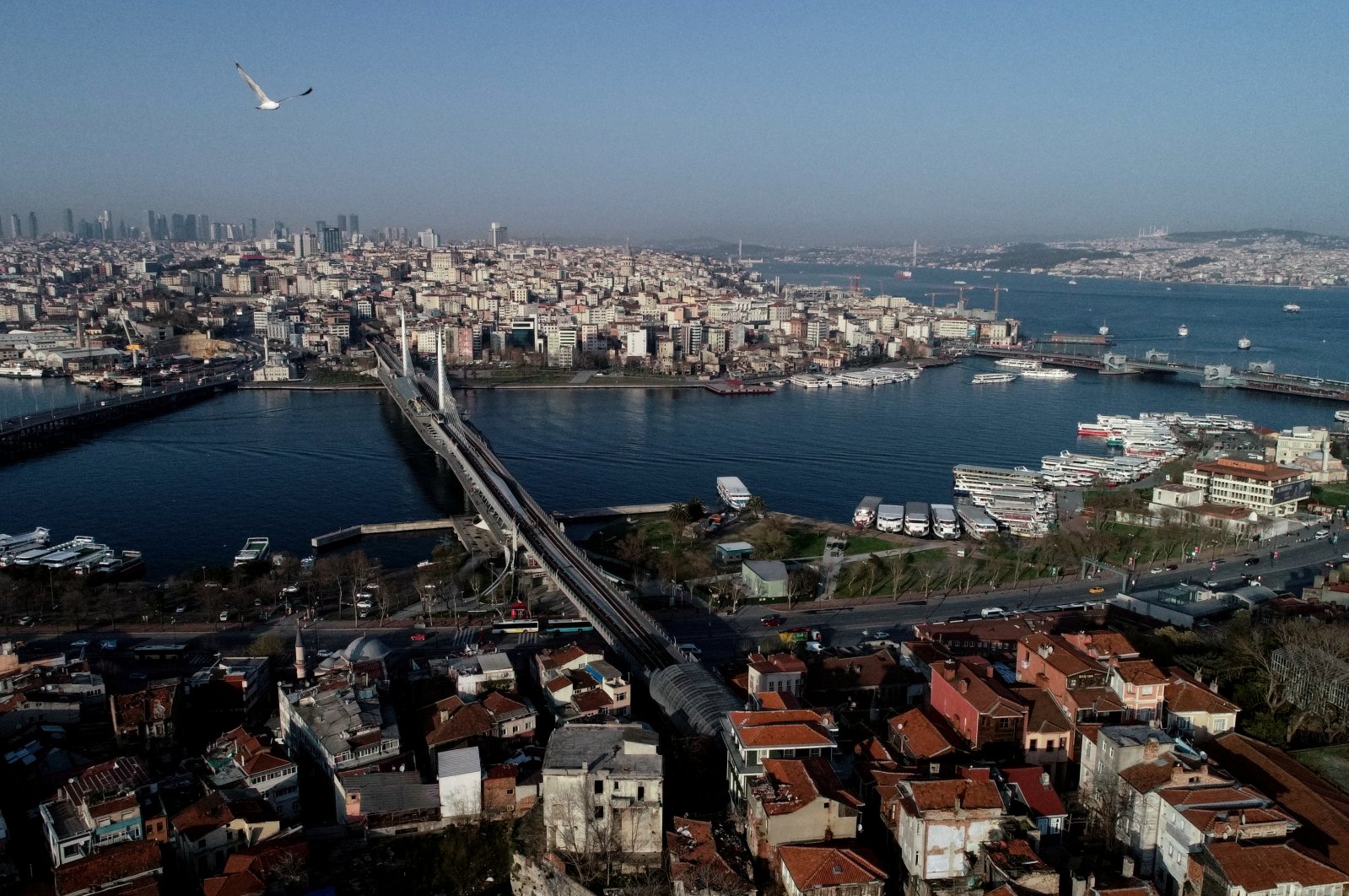 The Turkish economy, expected to shrink in 2020 along with many other countries due to the coronavirus pandemic's impact, will bounce back 6% in 2021, the European Bank for Reconstruction and Development (EBRD) said in its latest macroeconomic forecast on Wednesday.

"Turkey is likely to see a contraction of 3.5% in 2020 because of the economic impact of the coronavirus pandemic," according to the latest edition of the EBRD Regional Economic Prospects.

"The Bank expects the country to recover rapidly in 2021 with GDP (gross domestic product) growth of 6%. The forecast is heavily dependent on the duration and extent of the social distancing measures to contain the virus," it said in a statement.

While reducing tourism revenues and weaker export demand are among the main problems, lower oil prices – by providing dependence on imported energy and decreasing inflation – may relieve the country's economy, it expressed.

"With the nonperforming loan ratio standing at a 10-year high of 5.3%, the weakness of the (Turkish) lira and contractions in tourism, retail and export sectors are likely to put further stress on the already strained asset quality of banks, particularly in light of the large foreign exchange-denominated debt overhang in the corporate sector," the bank noted.

EBRD predicted that the nearly 40 economies where it operates will shrink by an average 3.5% this year on the back of the global health crisis, before rebounding by 4.8% next year.

The downturn could potentially be deeper than expected if COVID-19 social distancing measures remain in place for longer than anticipated.

"The crisis has been a massive hit, and coming out of it will be just as challenging," said EBRD Chief Economist Beata Javorcik.

"This is not the time to engage in economic nationalism and protectionism but a time to shape a better future through international commitment to free trade, climate change mitigation and economic cooperation," she added.

The EBRD cautioned that the growth predictions are, however, subject to "unprecedented uncertainty" arising from the global health crisis, adding that some of its investment zone has also been slammed by tumbling prices for commodities, particularly oil.

The institution warned there could be "potentially significant longer-term economic, political and social effects" that could deepen the painful downturn.

"If social distancing remains in place for much longer than anticipated, the recession may be much deeper, with the 2019 levels of output per capita not attained again for years to come," the EBRD said.

The London-based bank was founded in 1991 to help former Soviet bloc countries switch to free-market economies but has since extended its reach. The institution now invests in emerging economies from central and eastern Europe, to Central Asia, the Middle East and North Africa.

The EBRD marked its 10th year of engagement in Turkey in 2019. Since 2009, it has invested almost 12 billion euros (around $13 billion) in various sectors of the Turkish economy, with almost all investment in the private sector. The EBRD’s 6.7 billion-euro Turkey portfolio is the largest among the 38 economies where the bank invests. The bank provided 1 billion euros in debt and equity financing for 35 Turkish projects last year.

The EBRD's latest forecasts assume a gradual exit from global lockdowns and travel restrictions, followed by a return to normal life in the second half of this year.

The bank predicts that almost all countries of operation are set to shrink this year, but exceptions include Egypt, Turkmenistan and Uzbekistan.

The EBRD expects that the economies of Croatia, Latvia and Lithuania will be the hardest hit, shrinking about 7% this year on strict virus containment measures, while Greece is set to contract by 6% due to slumping tourism.

Russia, meanwhile, is set to decline by 4.5% owing to the devastating collapse in oil prices.

"Russia (faces) the double shock of the coronavirus pandemic, which has hit global demand and the collapse of an agreement to limit oil production, which together caused oil prices to fall substantially and resulted in a sharp slowdown in activity," the EBRD said.

"With its economy still dependent on oil, the fall in oil prices was significant, particularly in light of the fiscal stimulus needed to offset the impact of the pandemic."

The EBRD was originally due to hold its annual meeting in London on Wednesday and Thursday, but it was postponed due to the coronavirus pandemic. A new date has yet to be confirmed.