Erdoğan says Turkey to bring down prices soon as possible 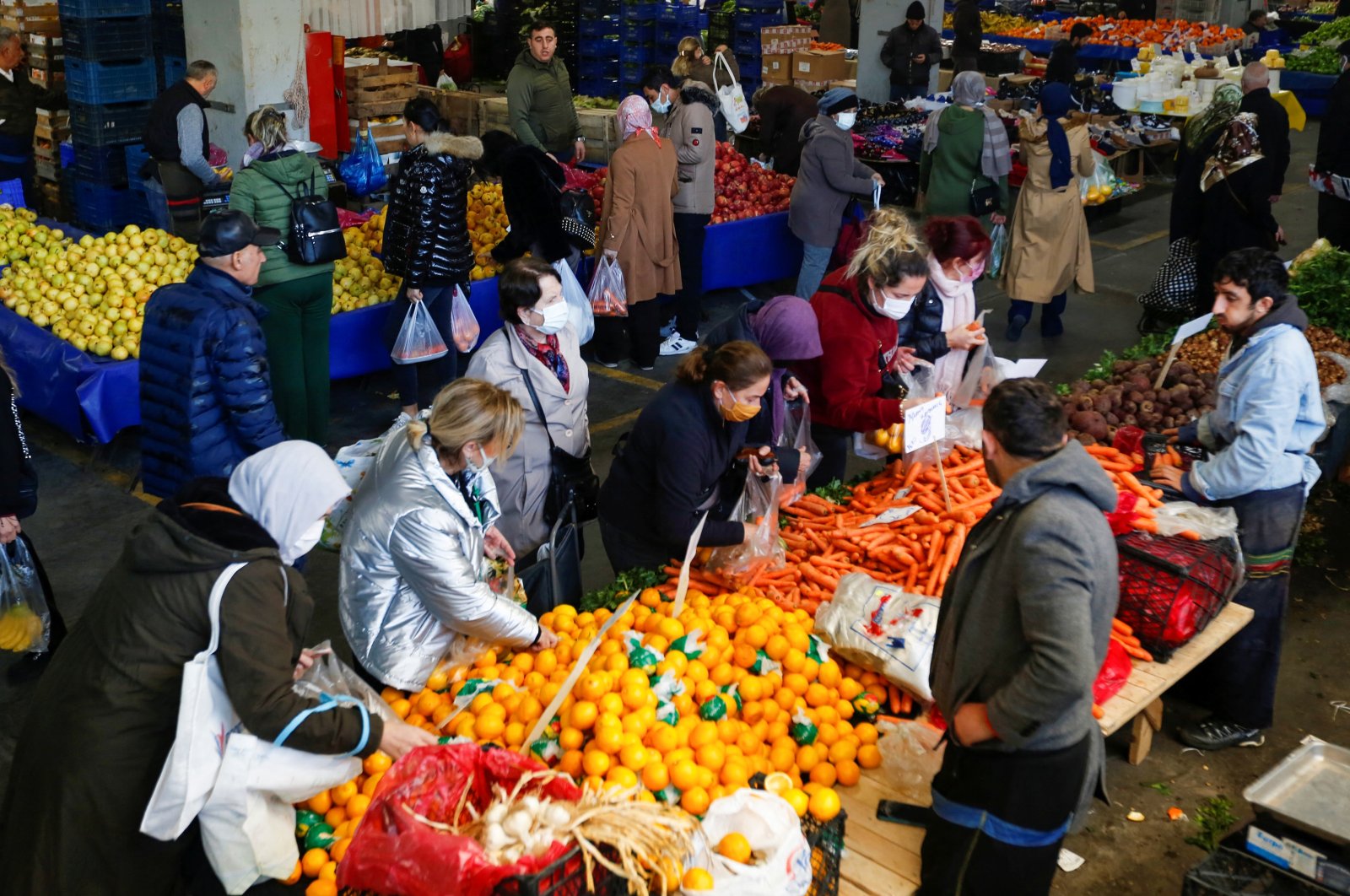 President Recep Tayyip Erdoğan said Wednesday that Turkey would bring consumer prices down as soon as possible, after annual inflation soared to its highest level in 19 years in December.

Addressing lawmakers from his ruling Justice and Development Party (AK Party) in Parliament, Erdoğan said the inflation figures were not in line with economic realities in Turkey and he hoped to see the benefits of Ankara’s economic policy in the summer.

Turkey’s annual inflation rose nearly 36.1% in December, the highest reading since September 2002, according to official data, driven by a slide in the Turkish lira and soaring transport and food prices.

“There is an inflation problem in our country. Moreover, in addition to inflation, Turkey is also struggling with the painful problem of exchange rate fluctuation. Inflation growth has remained relatively below other countries,” Erdoğan said.

Yet, he stressed as was the case with the exchange rate, it was “clear that there is a bubble in inflation that does not match the realities of the economy.”

“Hopefully, we will eliminate this bubble as soon as possible and prevent our nation from being under the burden of unfair price increases,” he added.

Treasury and Finance Minister Nureddin Nebati last week said the government would now prioritize a “sincere” fight against rising prices, adding that it had put aside “orthodox policies” and was charting its own course.

Erdoğan said they would look at inflation in July and revaluate workers’ conditions accordingly, after he last month announced a 50% hike in the minimum wage for 2022 to relieve workers.

“Next July, we will reevaluate the situation of our employees if necessary, looking at the inflation rate and the conditions,” the president said.

Officials have recently said the government was considering a range of new financial products that would offer guarantees against inflation losses.

The lira depreciation and a series of administered price rises – including for utilities and wages – are forecast by economists to push inflation higher in the coming period.

The lira continued a stable trend on Wednesday, in sharp contrast to a volatile slide last month. The currency firmed as far as 13.73 to the United States dollar in early trade and was steady at 13.79 by 8:24 a.m. GMT.

Thanks in part to authorities’ market inventions, which helped calm the volatility late last year, the currency has held in a 13.7-13.94 range in the last week. It lost 44% of its value in 2021 and weakened another 5% last week.

The lira had fallen to a record low of 18.4 against the U.S. dollar in December before rebounding sharply the week before last after Erdoğan announced a scheme to encourage savers to convert deposits from foreign exchange, compensating depositors for any losses due to lira depreciation.

The scheme to safeguard lira deposits against currency volatility followed the lira’s slide after the country’s central bank slashed its policy rate by 500 basis points to 14% from 19% since September. It will hold its next rate-setting meeting on Jan. 20.

On Tuesday, Turkey added corporate accounts converted into lira to the scheme, which the Treasury says has attracted some TL 108 billion ($7.8 billion) of deposits.

A consistent and vocal opponent of high interest rates, Erdoğan has been endorsing a new economic model based on lower borrowing costs, which he says will boost production, investment, employment and, eventually, growth.