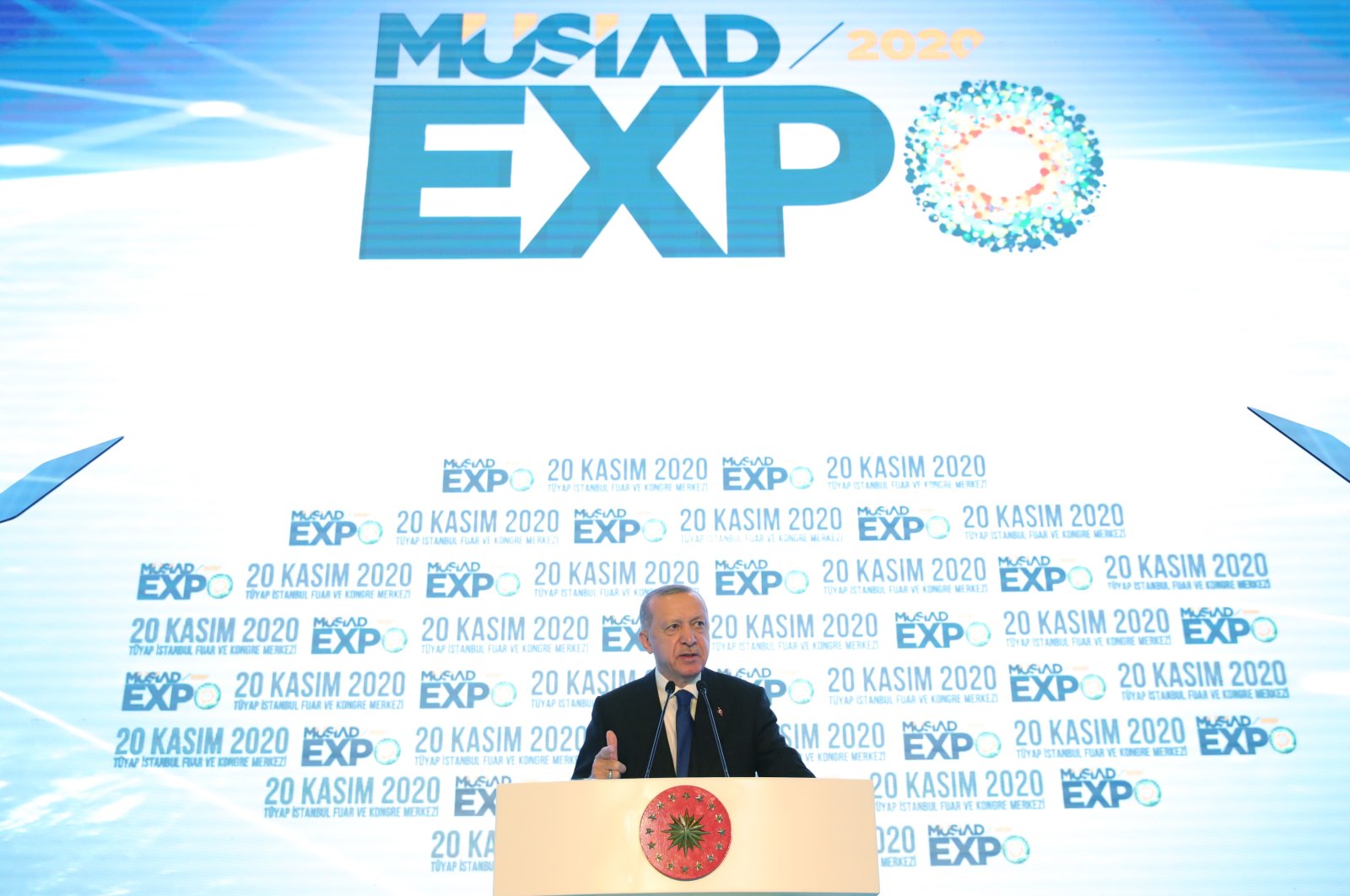 President Recep Tayyip Erdoğan said Friday that the government is making preparations for new reforms in the economy and judiciary, stressing they are eager to propel Turkey into a new era for the economy and democracy.

"We are determined to bring about a new booming era for Turkey's economy and democracy," Erdoğan said in his speech at the major trade fair, EXPO 2020, organized by the Independent Industrialists and Businessmen’s Association (MÜSIAD) in Istanbul.

“We will take every step to gain investor confidence; we will do what is necessary," he noted, stressing that they aim to present reforms regarding the economy and democracy to Parliament as soon as possible.

The remarks follow his pledges last week, as he announced a series of new economic plans that will enable an improved investment climate for foreign investors backed by an efficient judicial system.

"We are working on both strengthening our economic policies and raising the bar of democracy and freedoms while easing daily life for our citizens," Erdoğan said.

He emphasized the government is also ramping up efforts to protect the health of the nation amid the coronavirus outbreak and ensure that production and employment continue smoothly.

On the coronavirus outbreak, the president stressed the government’s efforts to ease the burden and problems of businesses by providing the necessary support.

"Turkey is in relatively better shape at a time when the whole world is being ravaged by the second wave of the coronavirus outbreak," he added.

“As a state, we keep production, exports, trade and employment afloat by mobilizing all opportunities,” he noted, adding that they extended their "hands and resources to all segments, from our business world to our shopkeepers, from our workers to our citizens in need of help."

Noting that the support of the business circle and citizens is crucial for achieving the economic goals, Erdoğan said, "First of all, we must bring overseas savings to our country."

"We should enhance the trust of our nation and investors in our national currency, the Turkish lira, thus reducing the weight of foreign exchange currency in deposits," he noted.

He urged the business sector to invest money in employment, production and exports.

"By mobilizing domestic and international entrepreneurs, we will ensure the acceleration of investments that will have lasting results in production and employment," he said.

Erdoğan also said that the central bank’s 475-point interest rate hike a day earlier was a "bitter medicine" to be taken in order to lower inflation.

“We are aware that we need to take some bitter medicine if needed at this stage. I evaluate yesterday’s interest rate hike decision within this framework,” he said.

But, he said, “It is essential that we remove Turkey from the spiral of inflation, interest rates and exchange rates.”

Erdoğan also said he believed declining inflation will stabilize the lira, reiterating that interest rates are the cause of inflation.

“Our real target is to first bring down inflation to single digits as soon as possible, then to the levels in our medium-term targets and to ensure that interest rates come down in line with this,” the president said.

"Together with our new economic management, we will hopefully save our country from this chronic pain by focusing all our attention on this issue," he said.

The Central Bank of the Republic of Turkey (CBRT) hiked its key policy rate to 15% and pledged to remain tough on inflation on Thursday.

The bank made it clear it would employ strong, transparent monetary tightening to eliminate risks to the inflation outlook, contain inflation expectations and restore the disinflation process.

The rate hike, the sharpest in more than two years, met the market expectations and came after former Finance Minister Naci Ağbal was named the new chief of the bank.

Turkey’s inflation increased to 11.89% in October, up from 11.75% in September, according to official data.