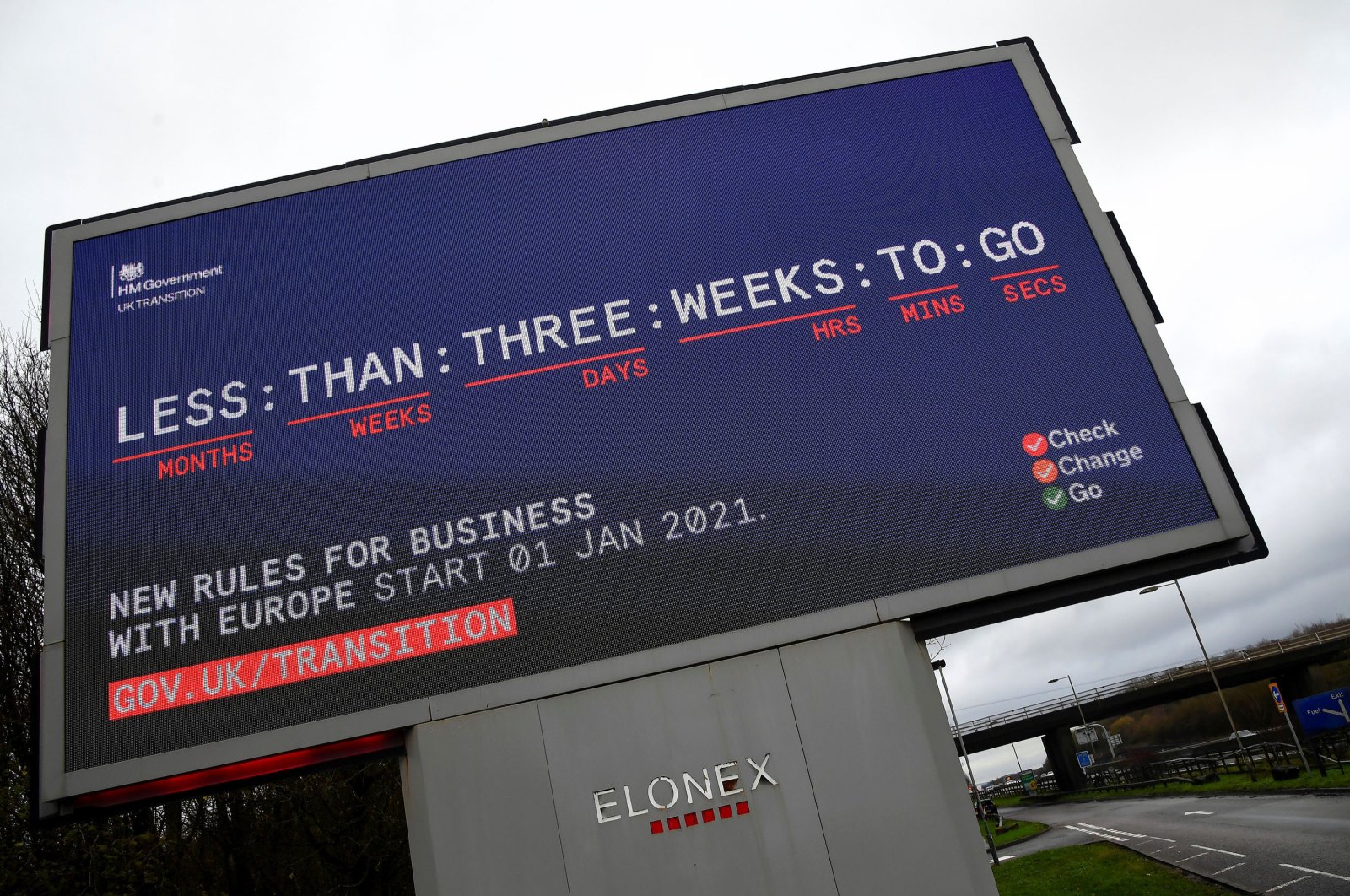 Tossing aside Sunday's self-imposed deadline, the European Union and Britain said they will “go the extra mile" to clinch a post-Brexit trade agreement that would avert New Year's chaos and cost for cross-border commerce.

British Prime Minister Boris Johnson and European Commission President Ursula von der Leyen had set Sunday as the deadline for a breakthrough or breakdown in negotiations, but they stepped back from the brink because there was too much at stake not to make an ultimate push.

“Despite the exhaustion after almost a year of negotiations and despite the fact that deadlines have been missed over and over, we both think it is responsible at this point in time to go the extra mile," von der Leyen said.

The negotiators continued their talks in Brussels at EU headquarters.

European Council President Charles Michel immediately welcomed the development and said, “We should do everything to make a deal possible," but warned there could be a deal “at any price, no. What we want is a good deal, a deal that respects these principles of economic fair play and, also, these principles of governance.”

With less than three weeks until the U.K.’s final split from the EU, key aspects of the future relationship between the 27-nation bloc and its former member remain unresolved.

It has been four and a half years since Britons voted by 52%-48% to leave the EU and – in the words of the Brexiteers’ slogan – “take back control” of the U.K.’s borders and laws.

It took more than three years of wrangling before Britain left the bloc’s political structures on Jan. 31. Disentangling economies that have become closely entwined as part of the EU’s single market for goods and services took even longer.

"There is still I think a long way to go," British Foreign Secretary Dominic Raab said earlier on Sunday.

But he suggested that Sunday – previously billed by Britain as "a moment of finality" for the talks – might not be the end of the road.

"We've always said today was a very important staging point," Raab told the BBC. "The bar is quite high for us to keep talking."

Without a deal, the U.K. will trade with the bloc on World Trade Organization (WTO) terms, with all the tariffs and barriers that it would bring.

The U.K. government has acknowledged a chaotic exit is likely to bring gridlock at Britain's ports, temporary shortages of some goods and price increases for staple foodstuff. Tariffs will be applied to many U.K. goods, including 10% on cars and more than 40% on lamb.

To jumpstart the flagging talks, negotiators have imposed several deadlines, but none have brought the sides closer together on the issues of fair trading standards, legal oversight of any deal and the rights of EU fishermen to go into U.K. waters.

While both sides want a deal on the terms of a new relationship, they have fundamentally different views of what it entails. The EU fears Britain will slash social and environmental standards and pump state money into U.K. industries, becoming a low-regulation economic rival on the bloc's doorstep, so is demanding strict "level playing field" guarantees in exchange for access to its markets.

The U.K. government claims the EU is trying to bind Britain to the bloc's rules and regulations indefinitely rather than treating it as an independent nation.

Spanish Foreign Minister Arancha Gonzalez Laya said a no-deal Brexit would be a "double whammy" for economies already battered by the coronavirus pandemic.

"It is clear when you do a trade deal that you are a sovereign nation; they are made to manage interdependence," she told Sky News. "The U.K. and the European Union are interdependent so let's do a deal which reflects the need to manage this interdependence."

But others, in Britain and across the EU, urged the two sides to keep talking.

Irish Prime Minister Micheal Martin, whose economy is more entwined with Britain's than any other EU state, said he "fervently" hoped the talks wouldn't end Sunday.

"Even at the 11th hour, the capacity in my view exists for the United Kingdom and the European Union to conclude a deal that is in all our interests."

The British government has warned that even with a trade deal, 7,000 trucks heading for Channel ports in South East England could be held in 100-kilometer (62-mile) lines if companies do not prepare the extra paperwork required.

The BBC reported Saturday that Britain will fast-track the movement of some perishable goods when its transition period ends to help reduce the expected disruption at ports.

The Ministry of Defence said four Royal Navy patrol ships will be ready on Jan. 1 to help protect Britain's fishing waters in the event of no deal.

There are concerns about possible skirmishes between British and foreign fishing vessels under that scenario because existing rules that give EU boats access to British waters will expire.

France on Saturday shrugged off the naval deployment plans.

"Keep calm and carry on," an official at the French presidential office said, using a British wartime slogan.