EU upbeat over economic growth in eurozone despite delta scare 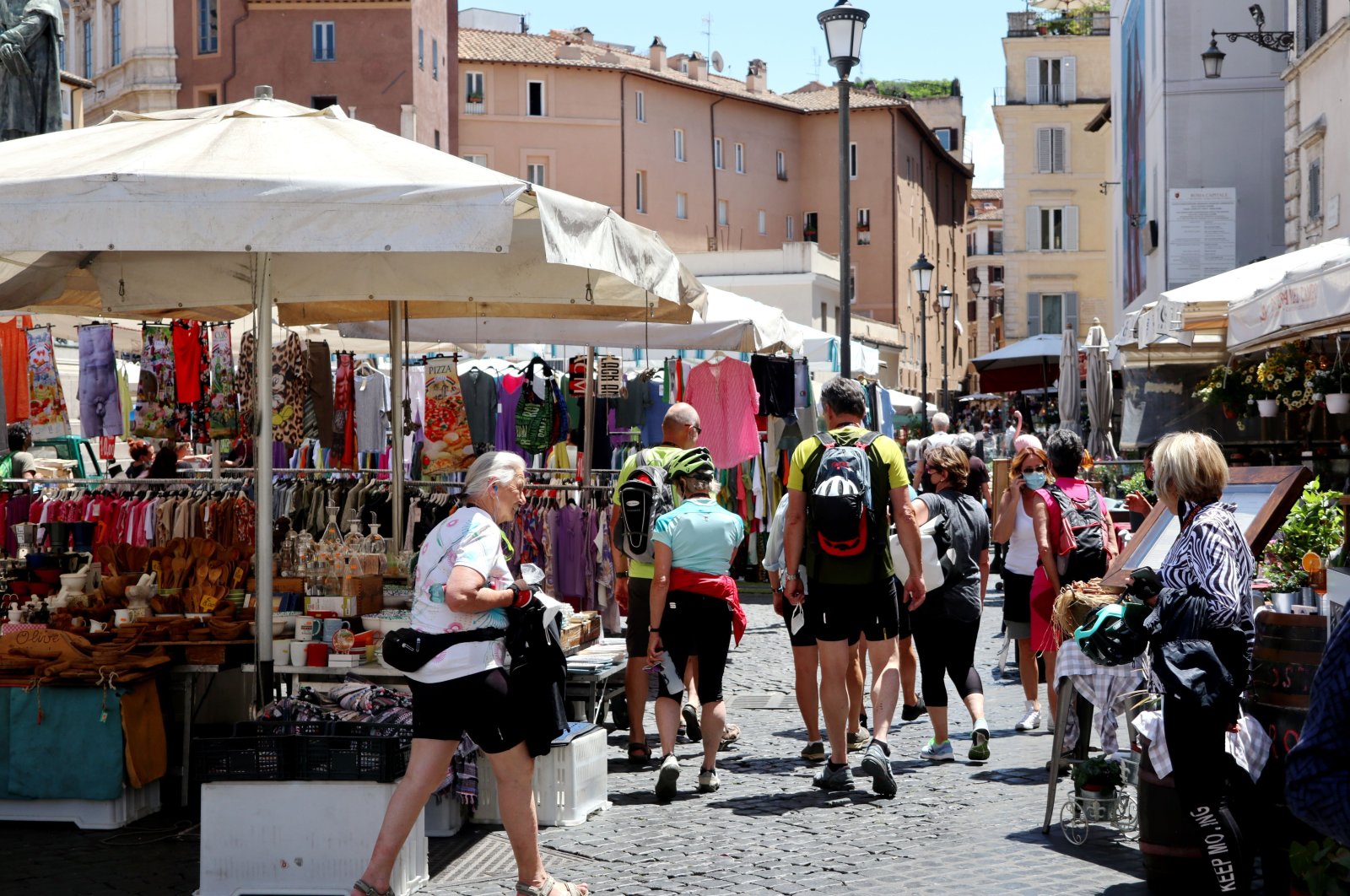 The eurozone economy will grow faster than previously thought both this year and next, the European Commission said on Wednesday, despite emerging concerns the fast-spreading delta variant of the coronavirus could lead to new restrictions.

The EU Commission predicted the eurozone will grow by 4.8% this year, much faster than the 4.3% expansion it had forecast in May.

The large upward revision is largely due to the reopening of the bloc's national economies in the second quarter, which benefited the services sector and is expected to boost tourism within the EU, the Commission said. It noted economic activity in the first quarter of the year had also exceeded initial expectations.

The rebound from the economic crisis caused by the pandemic is projected to continue next year, when the eurozone is forecast to grow by 4.5%, more than the 4.4% estimated in May.

The Commission warned its estimates were based on the assumption that there will be a further easing of pandemic-induced restrictions in the second half of 2021. Risks about the outlook therefore remained high, although they were seen as balanced.

It urged the further stepping up of the vaccination campaign to contain threats posed by the spread and emergence of variants of the coronavirus, and in particular by the more transmissible delta variant. Delta is expected to become dominant in Europe this summer, the Commission said citing estimates from the EU disease prevention agency.

"The spread of the delta variant is a stark reminder that we have not yet emerged from the shadow of the pandemic," said EU economics commissioner Paolo Gentiloni.

He remained upbeat, however, about Europe's ability to keep the new variant under control, even without imposing new containment measures.

"I am not seeing now at the horizon new restrictions substantially coming all around Europe," he told a news conference.

This optimism contrasts with economists' concerns about the delta variant, which could cause recurring waves of infections because of its high transmissibility.

"Even if hospitalization is lower these waves could have a more persistent impact on spending patterns especially in those economies where vaccination rates are too low or are stalling," said George Saravelos of Deutsche Bank.

Gentiloni said the way forward was to fully vaccinate more people. More than 62% of the adult population in the EU has received at least one vaccine dose and 45% are fully vaccinated.

However, the Commission acknowledged the vaccination drive "may start hitting acceptance constraints" and Gentiloni warned the slow pace of vaccinations in less developed countries could affect European growth.

Despite the concerns, Brussels revised upwards its growth forecasts for this year for the three largest economies of the bloc, with France seen expanding by 6.0%, Italy by 5.0% and Germany by 3.6%.

Next year, growth will accelerate to 4.6% in Germany and is expected to remain strong at 4.2% in both France and Italy.

The eurozone economy is projected to return to its pre-crisis level in the last quarter of this year, although it will remain below the level expected before the pandemic hit.

Inflation, which has become one of the main concerns for economists as global economic growth accelerates, is projected to reach 1.9% this year in the eurozone due to "transitory factors," up from the 1.7% the Commission estimated in May. Next year, it is expected to slow to 1.4%.

The European Central Bank targets eurozone inflation of just below 2%.

However, "inflation may turn out higher than forecast, if supply constraints are more persistent and price pressures are passed on to consumer prices more strongly," the EU executive warned.