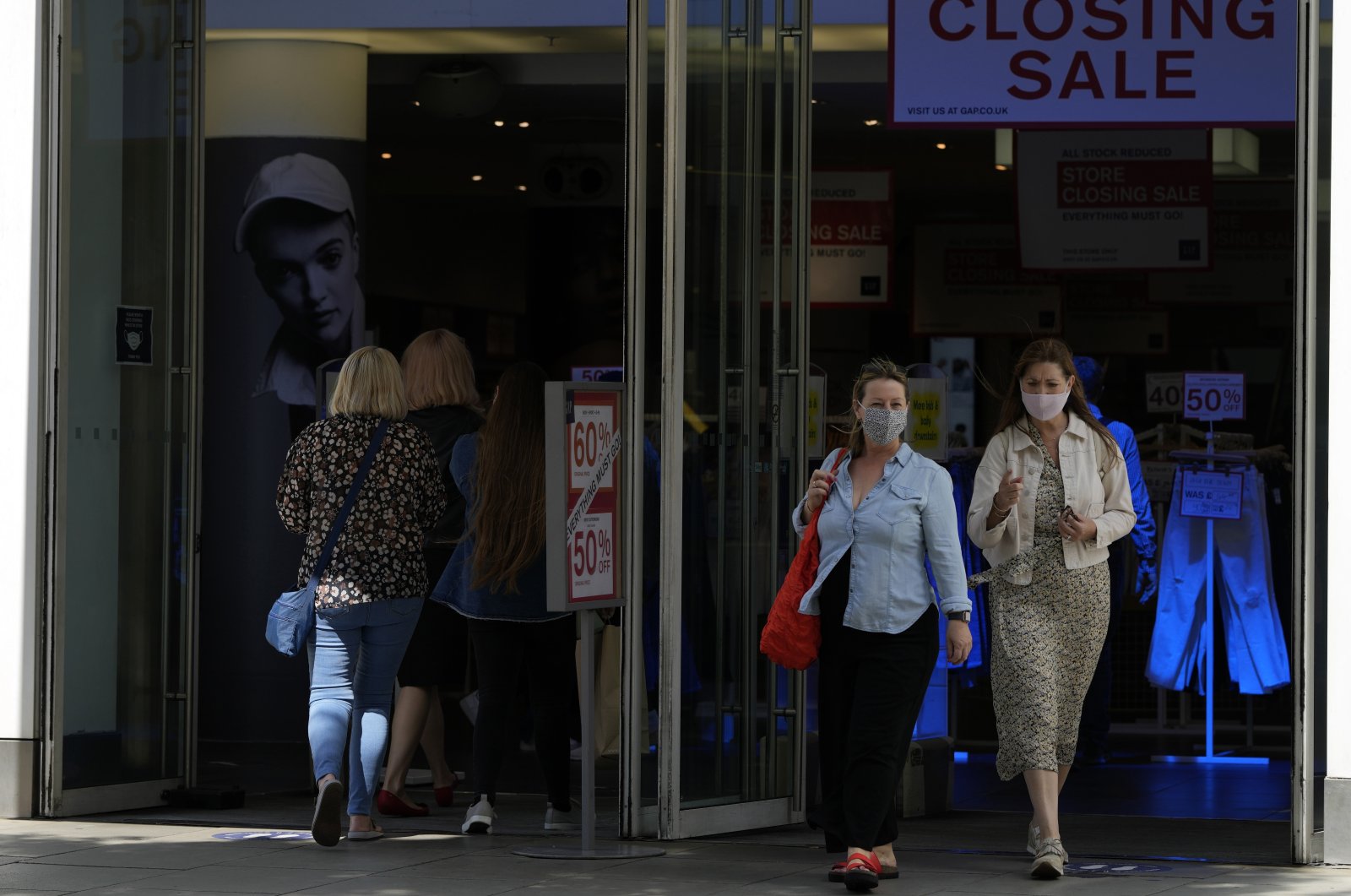 The Office for National Statistics (ONS) said retailers had told the agency that both the tournament – which saw England reach the final – and bad weather kept shoppers away from stores last month.

Retail sales volumes dropped by 2.5% in July from June, the ONS said. A Reuters poll of economists had pointed to a 0.4% month-on-month increase in sales in July.

An ONS official said there had been no feedback from retailers that worries about rising COVID-19 cases were behind the drop in sales.

Analysts, however, said the size of the fall probably reflected the impact of the fast-spreading delta variant of the coronavirus and the requirement for hundreds of thousands of people to isolate after being contacted by a government tracing app.

"July's sharp decline in retail sales can be blamed largely on rising COVID-19 cases, which prompted some households to steer clear of shops and forced others into self-isolation," said Samuel Tombs, an economist with Pantheon Macroeconomics.

Food store sales were down by 1.5% while nonfood stores reported a fall of 4.4%.

Sales were still 5.8% above their pre-COVID-19 pandemic levels in February 2020, the ONS said.

In a possible sign of renewed caution among shoppers, or July's bad weather, online sales rose to 27.9% of total spending after hitting a pandemic low in June.

Britain's economy has largely recovered from its nearly 10% slump in 2020 when the country suffered one of the world's heaviest COVID-19 death tolls and stayed locked down for longer than many other European nations.

An opinion poll published earlier Friday by market research firm GfK showed consumer confidence dipped only slightly from its highest level since before the pandemic.

But the survey also showed consumers were less willing to make major purchases, suggesting they might be opting to save more money.

Separate data showed government borrowing in the first four months of the 2021/22 financial year was running at 26 billion pounds ($35.43 billion) below an estimate set out by the Office for Budget Responsibility in March.

Finance minister Rishi Sunak is on course to spend a total of 350 billion pounds in his response to the coronavirus crisis but his jobs subsidies program, the most expensive part of his emergency response, is now being wound down.

The deficit in July also narrowed thanks to higher tax receipts as individuals filed tax returns before a deadline.

Sunak is due to give a half-yearly update on public finances on Oct. 27.