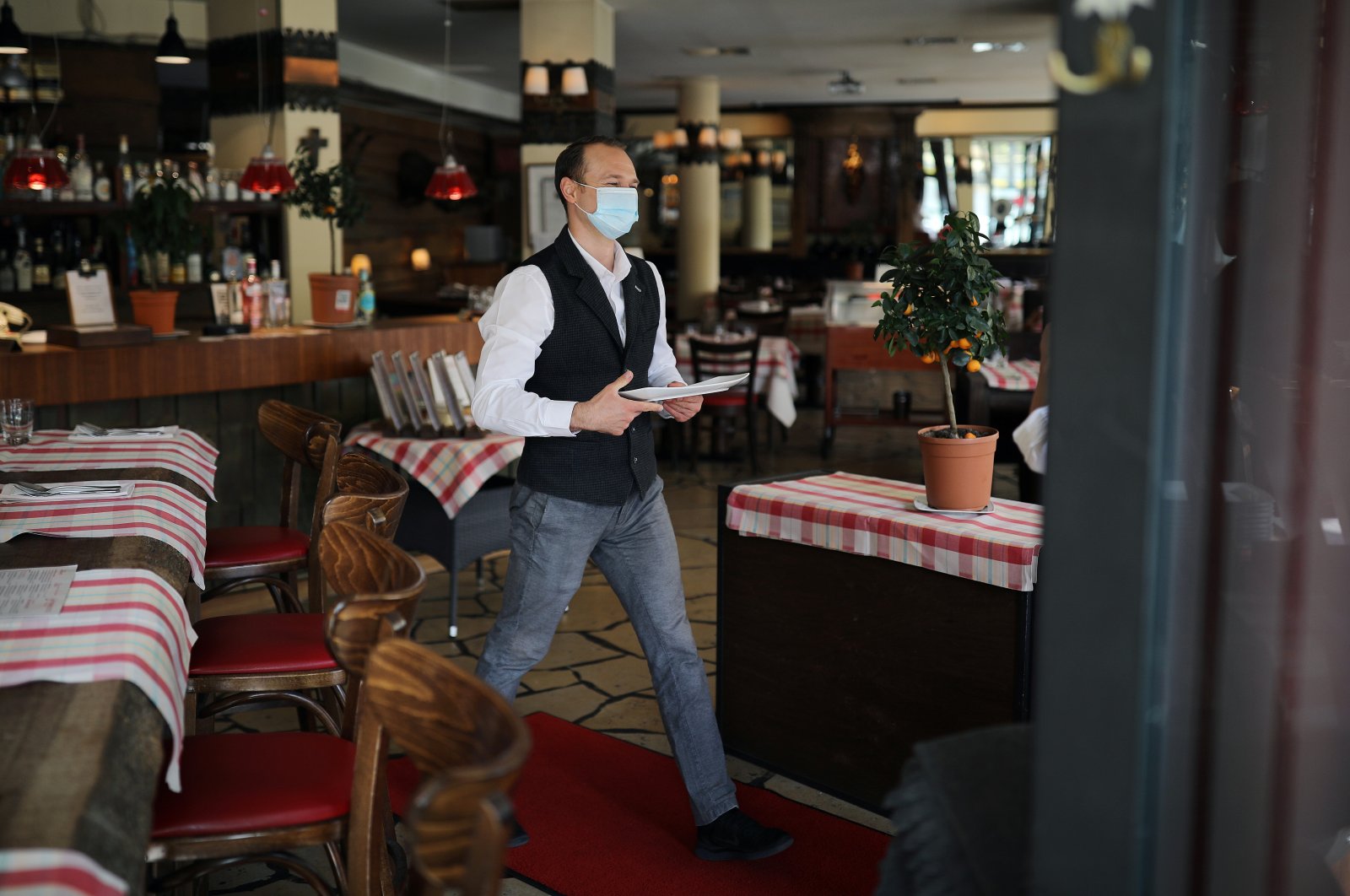 The eurozone's economic recovery faltered in September as the reimposition of some restrictions on activity to halt a resurgence in the coronavirus sent the bloc's dominant service sector into reverse, a survey showed.

Rising infection rates in the region, which has been seen as the biggest threat to the recovery, will concern policymakers who had hoped the bloc's economy was healing after contracting a historic 11.8% in the second quarter.

To support the economy, the European Central Bank (ECB) plans to make 1.35 trillion euros ($1.59 trillion) of pandemic-related additional asset purchases and the European Union (EU) has announced a 750 billion euro recovery fund due to kick in next year.

But that didn't stop IHS Markit's final composite Purchasing Managers' Index (PMI), seen as a good barometer of economic health, falling to 50.4 in September from August's 51.9, close to the 50 mark separating growth from contraction.

It was dragged down by the PMI for services industries, which accounts for around two-thirds of GDP, which slumped to 48.0 from August's 50.5, albeit slightly better than a preliminary 47.6 estimate.

"With the eurozone economy having almost stalled in September, the chances of a renewed downturn in the fourth quarter have clearly risen," said Chris Williamson, chief business economist at IHS Markit.

"Much will depend on whether second waves of virus infections can be controlled, and whether social distancing restrictions can therefore be loosened to allow service sector activity to pick up again."

Suggesting any pick up may take some time, demand for services fell in September and firms cut headcount for a seventh month. The new business index fell to 48.1 from 49.8.

Still, optimism about the coming year improved to levels not seen since before Europe felt the full brunt of the pandemic. The composite future output index rose to 60.5 from 57.8, its highest since February.

Germany's service sector barely grew in September, but strong manufacturing helped the private sector in Europe's largest economy to remain on track for a solid recovery in the third quarter.

The country’s IHS Markit's final services PMI fell to 50.6 from 52.5 in the previous month.

The reading, which came in higher than a flash reading of 49.1, marked the third month in a row that the services index was above the 50 mark.

The final composite PMI covering both the services and manufacturing sectors rose to 54.7 from 54.4 the previous month. That was higher than the flash figure of 53.7.

IHS Markit economist Phil Smith said coronavirus infections in Germany had been rising to a smaller extent than in other European countries, so the impact on actual services activity had been smaller than in the likes of Spain and France.

"While the service sector is close to stalling, growth in Germany has been buoyed by a reviving manufacturing sector, which means the economy carries at least some momentum heading into the final quarter of the year," Smith said.

Germany is doing also better than most of its eurozone peers in terms of shielding the labor market from the brunt of the pandemic as there was some hiring across the service sector and a slowdown in factory job cuts, he added.

Chancellor Angela Merkel and Finance Minister Olaf Scholz have since March unleashed an unprecedented array of rescue and stimulus measures to help companies and consumers recover as quickly as possible from Germany's deepest recession on record.

The packages include unlimited liquidity aid for struggling companies, a massive job protection scheme to shield workers from sudden unemployment as well as cash handouts for parents and a temporary value-added tax cut to boost domestic demand.

The German economy contracted by a record 9.7% in the second quarter as household spending, company investments and trade collapsed at the height of the pandemic. For the third quarter, the Ifo institute expects 6.6% output growth which is seen slowing to 2.8% in the fourth quarter.

Separately, Britain's economy proved more resilient than initially thought last month, despite a tightening of lockdown restrictions and an end to a temporary government subsidy for businesses such as restaurants and bars, a major survey showed on Monday.

The IHS Markit/CIPS PMI for the services sector – which does not cover retailers – dropped to 56.1 in September from August's five-year high of 58.8, but the decline was smaller than an initial "flash" estimate of 55.1.

"The U.K. service sector showed encouraging resilience in September, with business activity continuing to grow solidly despite the government's 'Eat Out to Help Out' scheme being withdrawn," IHS Markit economist Williamson said.

"Many other consumer services activities showed a similar slide back into contraction as renewed lockdown measures were introduced," he added.

The PMI data painted a more upbeat picture than most other business surveys.

The British Chambers of Commerce said on Thursday that many more firms reported falls in sales during the third quarter than saw an increase, and said its data did not point to a sharp, V-shaped recovery.

Britain's economy shrank by a record 20% in the second quarter when lockdown measures were tightest and performed worse than any other major advanced economy in the first half of the year.

However, there has been a fairly rapid – though uneven – recovery and economists polled by Reuters forecast on average that August gross domestic product data, due on Friday, will show output was around 7% below its year-ago level.

Last week the Bank of England's (BoE) chief economist, Andy Haldane, said he expected output in September to be just 3-4% below year-ago levels, and said many commentators had underestimated the strength of the rebound.

Nonetheless, a sharp rise in COVID cases in Britain in September – following similar surges in France and Spain – has led to new restrictions on socializing at home or outside, though schools and workplaces remain open.

IHS Markit said confidence about the future remained positive, but was its weakest since May in both the services and the composite data.

Businesses also cut jobs for the seventh month in a row in September – the longest run since 2010. The reductions, though, were at the slowest pace since March despite the imminent end of a government job support program this month.