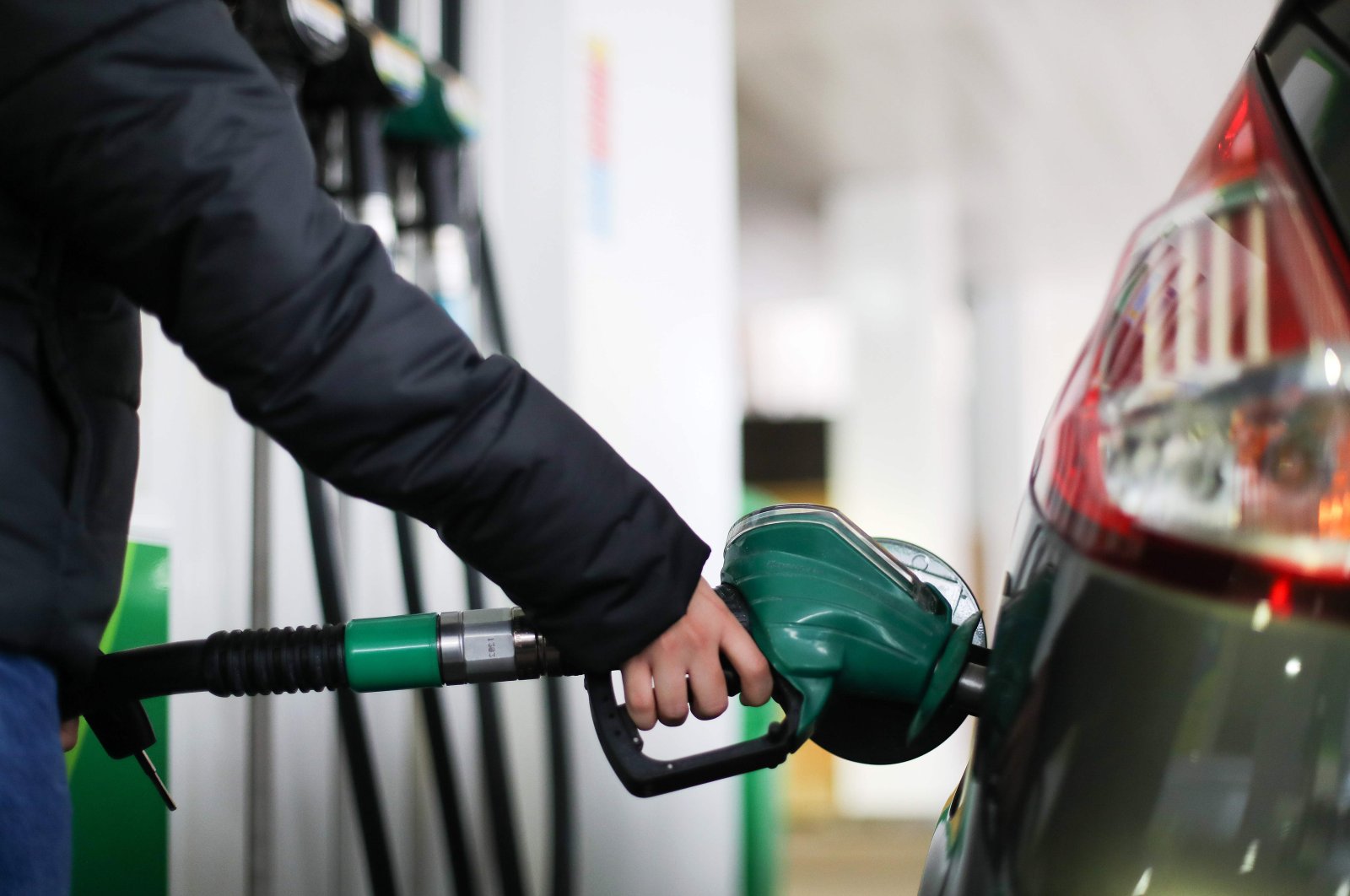 A motorist uses a pump to refuel a car with unleaded gasoline at a filling station in central London, England, Nov. 20, 2017. (AFP Photo)
by compiled from agencies May 20, 2020 2:53 pm
RECOMMENDED

The European Union's annual inflation rate was 0.7% in April, down from 1.2% a month earlier, the 27-member bloc's statistics office announced Wednesday.

In April, annual inflation fell in 26 member states and remained stable in one country compared to the previous month.

The lowest annual rates were registered in Slovenia (minus 1.3%), Greek Cyprus (minus 1.2%), and Estonia and Greece (both minus 0.9%), Eurostat said.

British inflation hit a near four-year low in April as oil prices crashed, official data showed Wednesday, with the rate set to slide further as the coronavirus slashes prices in general.

The Consumer Prices Index (CPI) annual rate slumped to 0.8% last month from 1.5% in March, the Office for National Statistics said in a statement.

Analysts' consensus forecast had been for a slide to 0.9%.

"The fall in the headline rate of CPI inflation in April to its lowest level since August 2016 primarily was due to a 0.6 percentage-point reduction in the contribution from energy prices," noted Samuel Tombs, chief U.K. economist at Pantheon Macroeconomics.

He added that inflation was set to hit zero by the summer as "retailers are planning further large price cuts."

While Britain's government has eased its lockdown, the bulk of shops remain shut as the country's official death toll from COVID-19 reached at least 41,000, second only to the United States.

World oil prices have meanwhile plummeted during the crisis on eroding demand for crude, pulling down prices of petrol and jet fuel.

"No surprise then that U.K. consumer price inflation" tanked in April," he said.