Exports from northwestern Turkey’s Sakarya jump 375% in May, signaling recovery 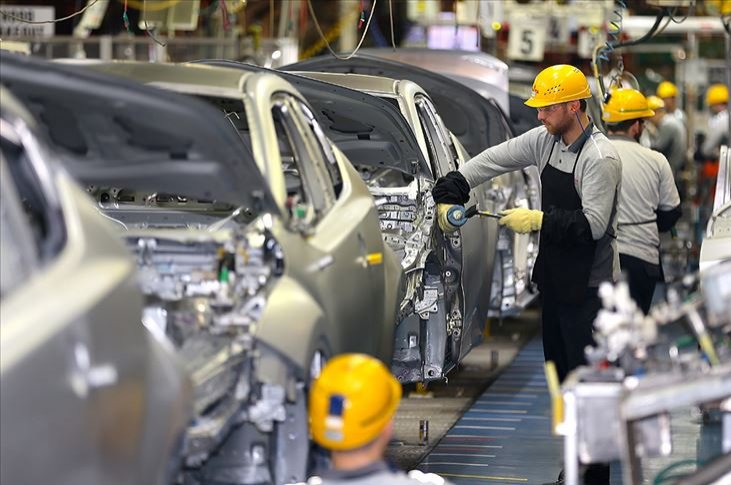 The automotive sector took the biggest share in Sakarya's exports in January-May with 88.9%. (AA Photo)
by DAILY SABAH WITH AA Jun 17, 2020 12:40 pm
RECOMMENDED

Exports made from northwestern Turkey’s Sakarya province, which leads the country’s foreign sales in the automotive sector, increased 375% over the course of May after experiencing a decline in April due to halts in production and business related to the coronavirus.

The province’s exports fell sharply by 88% in April compared to the previous month due to the suspension in production and totaled around $36.1 million.

May exports, on the other hand, signaled a rapid recovery as factories that stopped production within the scope of the COVID-19 measures resumed business. The province's exports were $171.7 million in May.

The chairman of the board of Sakarya Chamber of Commerce and Industry (SATSO), Akgün Altuğ, told Anadolu Agency (AA) that the world has undergone a great exam in health, economy and in social terms during the pandemic.

Expressing that they witnessed a global change and a painful process, Altuğ said that in the pre-pandemic period, they saw a 15% increase in foreign trade volume in January compared to the same period of 2019, while it has now shrunk by 90%.

“Fortunately, our exports started to increase in May,” he noted.

"Although there was still a decrease compared to the same period of last year, this shows that we started to overcome the negative effects of the pandemic,” he stressed, adding that Sakarya was the second province to increase exports after factories started operating again.

“This decline in the export figures should not lead the business world to despair. When the process returns to normal, we will compensate for today’s losses,” Altuğ said.

During the first five months of the year, $1.5 billion worth of exports were made from Sakarya, which ranks seventh in exports in Turkey after Istanbul, northwestern Bursa and Kocaeli, western Izmir, the capital Ankara and southeastern Gaziantep.

Hosting the production facilities of brands such as Toyota, TürkTraktör and Otokar, by far the biggest share of Sakarya's January-May exports came from the automotive sector with 88.9%.

The sector's exports in the first five months of the year decreased to $1.3 billion, a 35.65% declined compared to the same period of 2019, as automotive factories halted production within the scope of measures initiated to curb the spread of the coronavirus.

Iron and non-ferrous metals took the second-largest share of Sakarya's exports at $278 million. The air conditioning industry followed with $17.8 million, chemical materials and products with $17.3 million and machinery with $16.7 million.

Most exports to UK