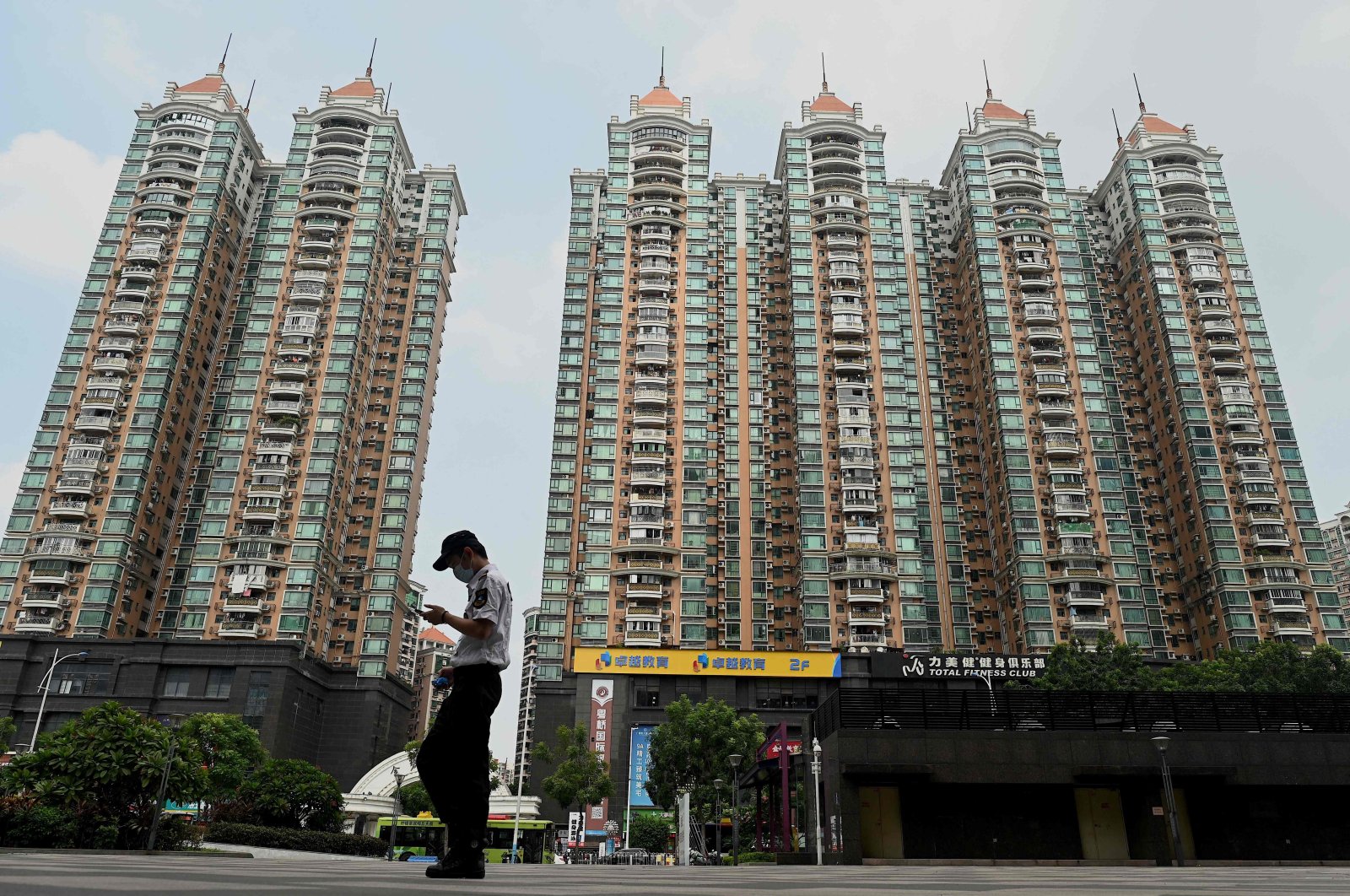 China Evergrande Group's main unit said on Wednesday it negotiated a deal with bondholders to settle interest payments on a domestic bond, offering some relief to jittery markets that had been on edge over fears that a default of China's No. 2 developer could ripple through the global financial system.

China's central bank also injected 90 billion yuan ($14 billion) into the banking system, in a sign of support as the country's financial markets reopened and steadied after a two-day break for the Mid-Autumn Festival.

Heavily indebted Evergrande is so deeply intertwined with China's broader economy – from retail investors to infrastructure-related firms that are a gauge for global commodities demand – that fears over contagion have kept financial markets on tenterhooks.

Hengda Real Estate Group said in a statement that it would settle the coupon payment due Thursday on its Shenzhen-traded 5.8% September 2025 bond, adding that the bond "has already been resolved through private negotiations."

It did not provide further detail and it was unclear whether the negotiations suggested any improvement to Evergrande's financial health or progress toward a restructure.

The company is due to pay 232 million yuan ($36 million) in interest on the bond by Thursday.

Evergrande has made no mention of an $83.5 million dollar bond interest payment also due on Thursday or $47.5 million due next week. But Hengda's announcement seemed to stabilize broader market jitters.

"We are still trying to understand what this payment means for the other bonds," said a source familiar with the situation who declined to be identified as they are not authorized to speak to the media.

"But I imagine they would want to stabilize the market and make other coupon payments, given the close scrutiny."

Evergrande, which epitomized the borrow-to-build business model and was once China's top-selling developer, owes about $300 billion, mostly to onshore investors.

Analysts have been downplaying the risk that its possible collapse threatens a "Lehman moment", or liquidity crunch, which freezes the financial system and spreads globally. But concerns remain over the fallout if a collapse triggers a property crash in the world's second-largest economy.

"I suspect that is to deal with any concerns about Evergrande and it shows the PBOC is trying to support the (money) market," he said.

Trade in Evergrande's onshore exchange-traded bonds has been halted since Sept. 16, when Hengda Real Estate applied to suspend trading for a day. While trading technically resumed on Sept. 17, it now only takes place through negotiated transactions in what traders said was an attempt to curb volatility.

Evergrande missed interest payments due Monday to at least two of its largest bank creditors, Bloomberg reported Tuesday, citing people familiar with the matter. The missed payments had been expected as China's housing ministry had said that the company would be unable to pay on time, Bloomberg said.

As investors and policymakers around the world tried to assess the potential fallout, Securities and Exchange Commission (SEC) Chair Gary Gensler said the U.S. market is in a better position to absorb a potential global shock from a major company default than it was before the 2007-2009 financial crisis.

U.S. Federal Reserve (Fed) Chair Jerome Powell will likely be asked about the fallout from Evergrande when he speaks after the Fed's two-day meeting that wraps up on Wednesday at 2 p.m. ET. (6 p.m. GMT).

Despite the looming default, some funds have been increasing their positions in recent months. Fund giant BlackRock and investment banks HSBC and UBS have been among the largest buyers of Evergrande's debt, Morningstar data and a blog post showed.

Since Sept. 17, Evergrande's onshore bonds have been only tradeable through negotiated transactions, and Refinitiv data showed no trades recorded on Wednesday. Dollar bonds were steady in thin trade and its Hong Kong-listed shares did not trade due to a public holiday. Evergrande shares in Frankfurt jumped 20%.

In any default scenario, Evergrande, teetering between a messy meltdown, a managed collapse or the less likely prospect of a bailout by Beijing, will need to restructure the bonds, but analysts expect a low recovery ratio for investors.

S&P Global Ratings said Monday it believed the Chinese government would only act in the event of a far-reaching contagion posing systemic risks to the economy.

BNP Paribas estimated in a research note that less than $50 billion of Evergrande's $300 billion outstanding debt is financed by bank loans, suggesting the Chinese banking sector will have a sufficient buffer to absorb potential bad debts.

"I would characterize Evergrande as a telegraphed and controlled detonation," said Samy Muaddi, the portfolio manager of the $5.1 billion T. Rowe Price Emerging Markets Bond fund, who does not have a position in the company.