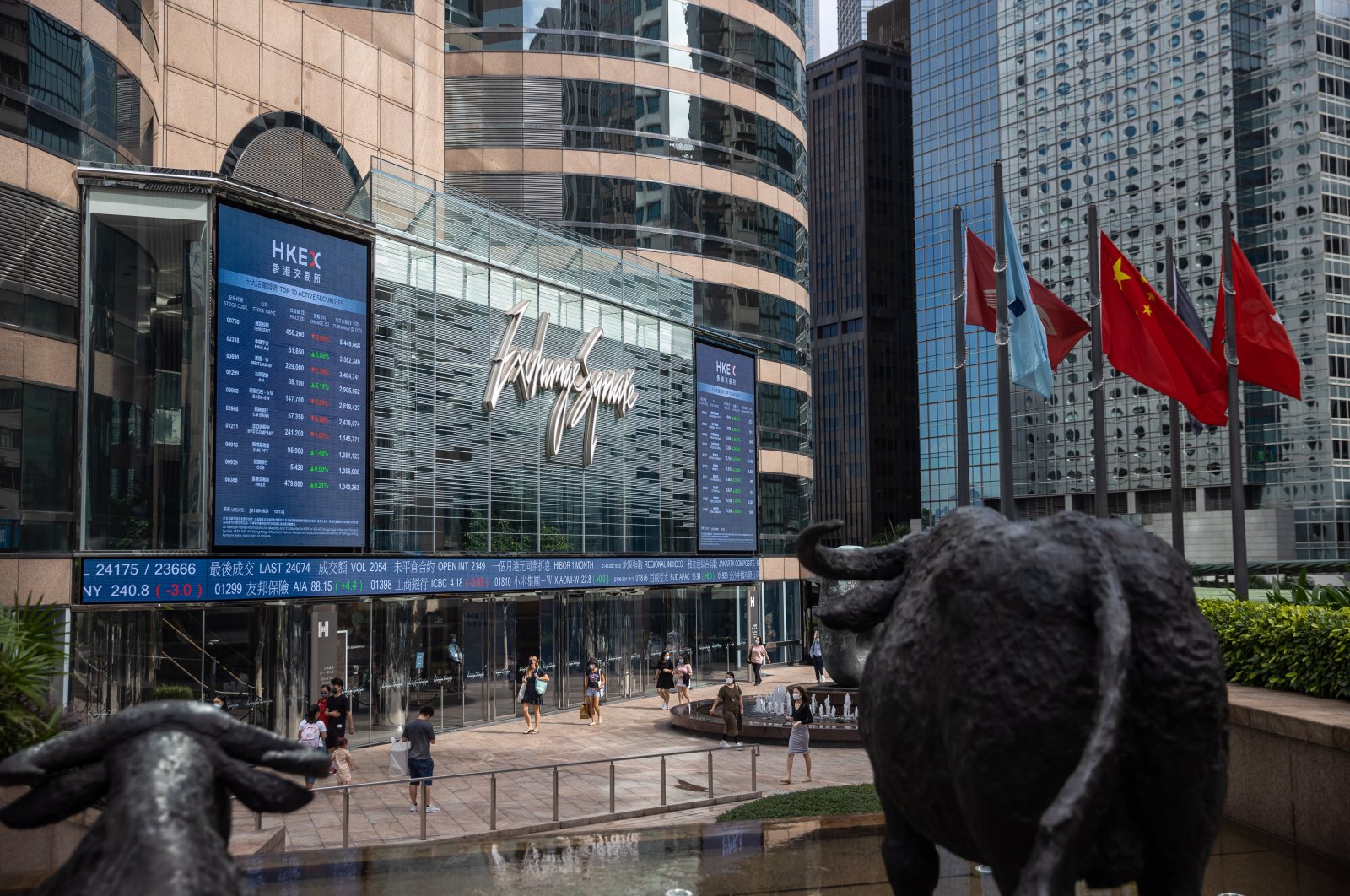 The China Evergrande Group continued to be stalked by default fears on Tuesday despite efforts by its chairperson to lift confidence in the embattled firm, as markets looked for possible intervention by Beijing to stem any domino effects across the global economy.

Analysts played down the threat of Evergrande's troubles becoming the country's "Lehman moment," though concerns about the spillover risks of a messy collapse of what was once China's top-selling property developer have roiled markets.

In an effort to revive battered confidence in the firm, Evergrande Chairperson Hui Ka Yuan said in a letter to staff the company is confident it will "walk out of its darkest moment" and deliver property projects as pledged.

In the letter, coinciding with China's mid-autumn festival, the chairperson of the debt-laden property developer also said Evergrande will fulfill responsibilities to property buyers, investors, partners and financial institutions.

"I firmly believe that with your concerted effort and hard work, Evergrande will walk out of its darkest moment, resume full-scale constructions as soon as possible," said Hui, without elaborating how the company could achieve these objectives.

Investors in Evergrande, however, remained on edge.

Its shares were sold-off again on Tuesday, falling as much as 7%, having tumbled 10% in the previous day on fears its $305 billion in debt could trigger widespread losses in China's financial system in the event of a collapse.

Other property stocks such as Sunac, China's No. 4 property developer, and state-backed Greentown China on Tuesday recouped some of their hefty losses in the previous session.

Elsewhere in Asia, broad selling pressure persisted, as investors fled riskier assets on Evergrande contagion fears. Mainland China markets are closed for a holiday, while Hong Kong markets, where the firm is listed, will be shut on Wednesday.

The Chinese government has been largely quiet on the crisis at Evergrande, and there was no mention of the firm's troubles in major state media during a public holiday.

A major test for Evergrande comes this week, with the firm due to pay $83.5 million in interest relating to its March 2022 bond on Thursday. It has another $47.5 million payment due on Sept. 29 for March 2024 notes.

Both bonds would default if Evergrande fails to settle the interest within 30 days of the scheduled payment dates.

"I think (Evergrande's) equity will be wiped out, the debt looks like it is in trouble and the Chinese government is going to break up this company," Andrew Left, founder of U.S.-based Citron Research and one of the world’s best-known short-sellers, told Reuters.

"But I don't think that this is going to be the straw that breaks the global economy's back," Left said.

Left in June 2012 published a report that said Evergrande, which has been scrambling to raise funds to pay its many lenders, suppliers and investors, was insolvent and had defrauded investors.

The Chinese government will help Evergrande at least get some capital, but it may have to sell some stakes to a third party, such as a state-owned enterprise, Dutch bank ING said in a research note.

"The spin-off of non-core businesses, for example, those that are not residential real estate type businesses, will probably be done first," wrote Iris Pang, ING's Chief Economist, Greater China.

"After that could come sales of stakes that are at the core of Evergrande's business," Pang said. "We don't, however, think it is inevitable that Evergrande will be bought out by an SOE and become an SOE itself."

Citi analysts in a research note said that regulators may "buy time to digest" Evergrande's non-performing loan problem by guiding banks not to withdraw credit and extend the interest payment deadline.

Those analysts said there was "mounting investor concern about potential risk spillover" from Evergrande's debt crunch, considering the potential liquidity drain for private developers due to increased difficulty in obtaining bank credit.

Still, Citi said that while Evergrande's default crunch was a potential systemic risk to China's financial system, it was not shaping up as "China's Lehman moment."

In any default scenario, Evergrande, teetering between a messy meltdown, a managed collapse or the less likely prospect of a bailout by Beijing, will need to restructure the bonds, but analysts expect a low recovery ratio for investors.

Michael Purves at Tallbacken Capital Advisors in New York said in a note to clients that China's foreign currency reserves were "arguably in better shape" now than they had been in the past, in the event Beijing chose to "throw money at Evergrande."

S&P Global Ratings said in a report on Monday it does not expect Beijing to provide any direct support to Evergrande.

"We believe Beijing would only be compelled to step in if there is a far-reaching contagion causing multiple major developers to fail and posing systemic risks to the economy," the rating agency said.

"Evergrande failing alone would unlikely result in such a scenario," S&P said.