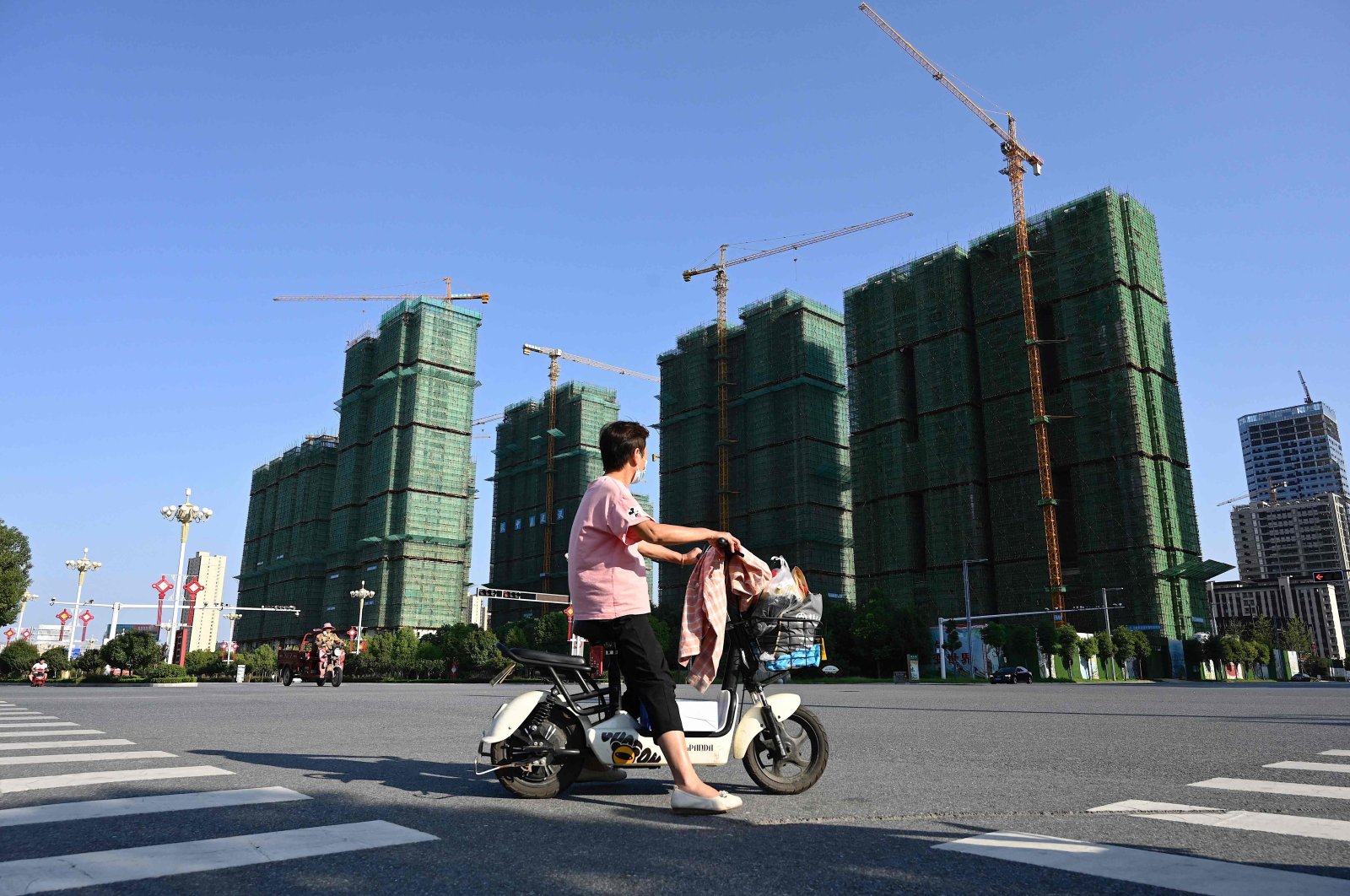 China's major banks have been notified by the housing authority that Evergrande Group will not be able to pay its loan interest due Sept. 20, Bloomberg reported, underlining the broadening impact of the property developer's liquidity crisis.

The troubles ailing the nation's No. 2 property developer has already sparked social anger among investors and homebuyers and raised risks for China's vast financial system.

Ministry of Housing and Urban-Rural Development (MOHURD) held a meeting with the banks this week, the Bloomberg report said Wednesday, citing sources familiar with the matter. It added that Evergrande is still discussing with banks the possibility of extending payments and rolling over some loans.

The indebted property developer is scrambling to raise funds to pay its many lenders and suppliers, as it teeters between a messy meltdown with far-reaching impacts, a managed collapse or the less likely prospect of a bailout by Beijing.

Regulators have warned of broader risks to the country's financial system if the company's $305 billion of liabilities aren't contained.

Evergrande on Tuesday said it has engaged advisers to examine its financial options and warned of cross-default risks amid plunging property sales and lack of progress in asset disposals.

Rating agency S&P on Wednesday further downgraded Evergrande to "CC" from "CCC," with a negative outlook, citing reduced liquidity and default risks including the possibility of debt restructuring.

An Evergrande Group default could expose numerous sectors to heightened credit risk, another rating agency Fitch said in a note late on Tuesday, but it added the overall impact on the banking sector would be manageable.

"We believe a default would reinforce credit polarization among homebuilders and could result in headwinds for some smaller banks," Fitch said.

Fitch has downgraded China Evergrande Group to "CC" from "CCC+" on Sep. 7, indicating that it viewed a default of some kind as probable.

Fitch said 572 billion yuan ($88.8 billion) of Evergrande's borrowings were held by banks and other financial institutions, but banks may also have indirect exposure to the developer's suppliers, who are owed 667 billion yuan for goods and services.

"Smaller banks with higher exposure to Evergrande or to other vulnerable developers could face significant increases in nonperforming loans (NPLs), depending on how any credit event involving Evergrande develops," Fitch said.

But the agency added a recent People’s Bank of China (PBOC) sensitivity test showed the average capital adequacy ratio of the 4,000 banks in the country would only drop modestly if the NPL ratio for property-development loans were to rise by 15 basis points.

The PBOC, China's central bank, and the nation's banking watchdog summoned Evergrande's executives in August in a rare move and warned that it needed to reduce its debt risks and prioritize stability.

Evergrande's Hong Kong-listed stock slipped another 5.4% to close at HK$2.81 Wednesday, a fresh low since Jan 2014, while financial stocks were also weighed down by worries of the broader risks Evergrande's debt crisis might bring.

The company's property management unit and EV unit, however, bounced 5.5% and 2.6%, respectively.

Three of Evergrande's onshore exchange-traded bonds fell at least 20%, and one had its trading paused by the Shenzhen exchange.

Fitch also said the risk of significant pressure on house prices in the event of a default would be low, and it expected the government would act to protect households’ interests to ensure home deliveries.

Market watchers said ensuring social stability will be the top priority for the Chinese government.

Oscar Choi, founder and CIO of Oscar and Partners Capital Limited (OP Capital), said the government would talk to creditors on one hand, and use its local resources to prevent uncompleted apartments on the other.

"You can’t just let construction (be) uncompleted; a few hundred thousand families (will be affected)," he said.

On Wednesday, roughly 40 protesters stood near the entrance at Evergrande headquarters in Shenzhen, prevented from going inside by dozens of security personnel.

This followed chaotic scenes at the headquarters two days earlier, as disgruntled investors crowded its lobby to demand repayment of loans and financial products.

Some videos circulating on Chinese social media also showed what were described as Evergrande-related protests elsewhere in China.