From turkey to potatoes: Thanksgiving costs more on surging US inflation 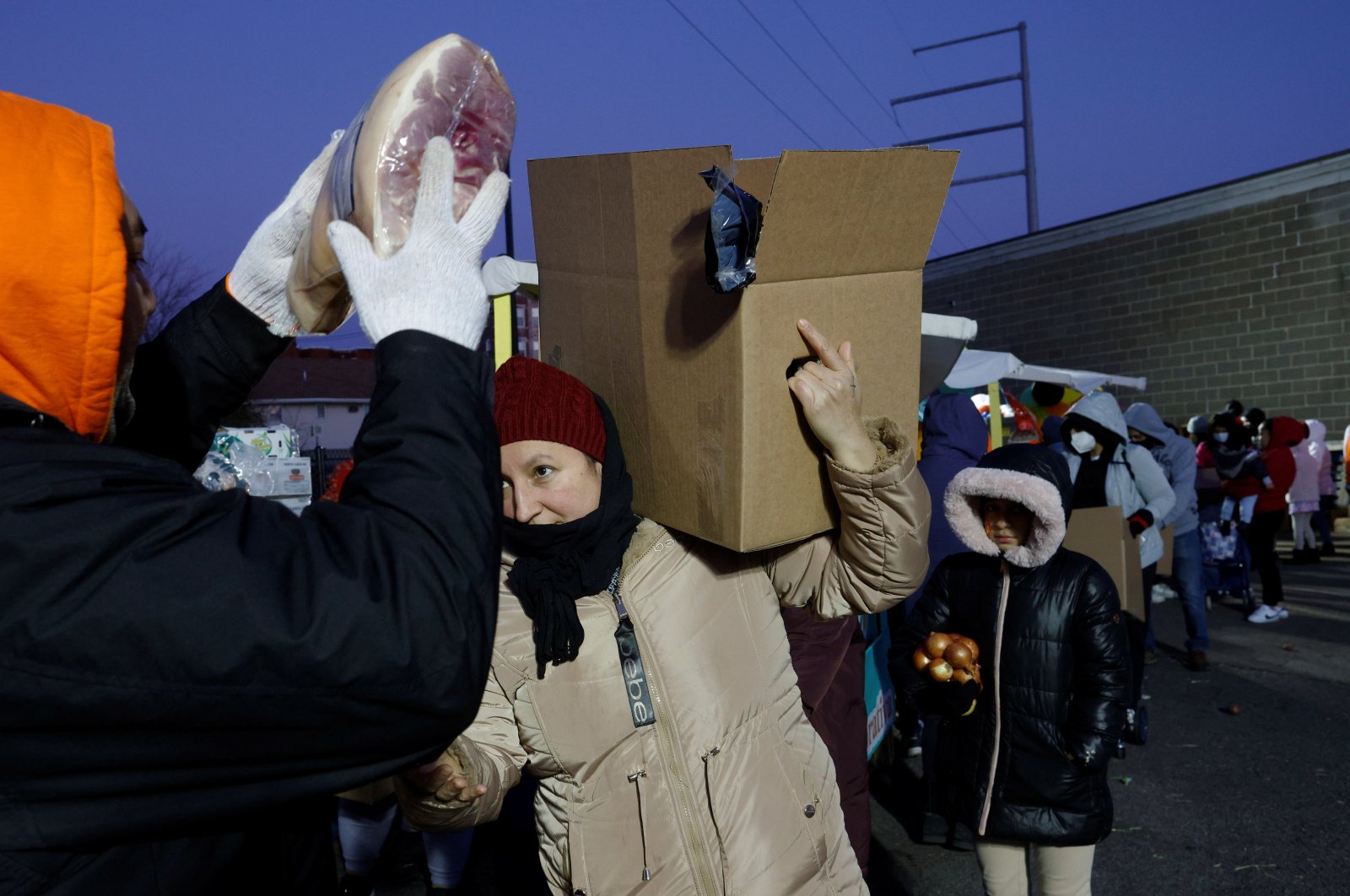 Residents receive free groceries distributed by La Colaborativa, who gave out food for 3,500 people over the course of the day, ahead of the Thanksgiving holiday in Chelsea, Massachusetts, U.S., Nov. 23, 2021. (Reuters Photo)
by Anadolu Agency Nov 24, 2021 1:39 pm
RECOMMENDED

The cost of a Thanksgiving dinner in the United States has jumped by around 20% from last year, as the world's largest economy struggles with record-high inflation, according to data compiled by Anadolu Agency (AA).

Apart from turkeys, almost everything on the Thanksgiving dinner table has seen a price surge, from potatoes and cranberries to green beans, onions, parsley and rosemary.

While there is more demand for food this year, since families could not gather last year because of the coronavirus pandemic, much of the price increase is attributed to the rising cost of farming and energy prices, in addition to labor force shortages.

American consumers are expected to spend $312 on average during the five-day Thanksgiving weekend. A 10-person Thanksgiving dinner is estimated to cost $46.20, according to personal finance website WalletHub.

U.S. consumers, however, are facing the highest inflation since 1990 during the current Thanksgiving weekend and holiday season.

Fewer people are projected to shop during the Thanksgiving weekend, compared to pre-pandemic levels.

Nearly 2 million more people than last year are expected to shop from Thanksgiving Day through Cyber Monday, according to the National Retail Federation.

An estimated 158.3 million people are expected to shop Thanksgiving weekend, it said. Although that level is up from 156.6 million in 2020, it is still below the 165.3 million before the pandemic in 2019.

Some 30.6 million plan to shop in-store or online on Thanksgiving Day, 108 million the day after on Black Friday, 58.1 million the following day on Small Business Saturday, 31.2 million on Sunday and 62.8 million during Cyber Monday, according to the federation survey.

As seen in previous years, consumers will shop multiple days and will continue the trend of beginning holiday shopping earlier.

While 61% of consumers have already started holiday shopping, 46% have begun earlier this year than they typically do, according to the federation survey.

A family of four in the U.S. tosses out around 1,160 pounds, or $1,500 worth of uneaten food on average annually, according to the agency.