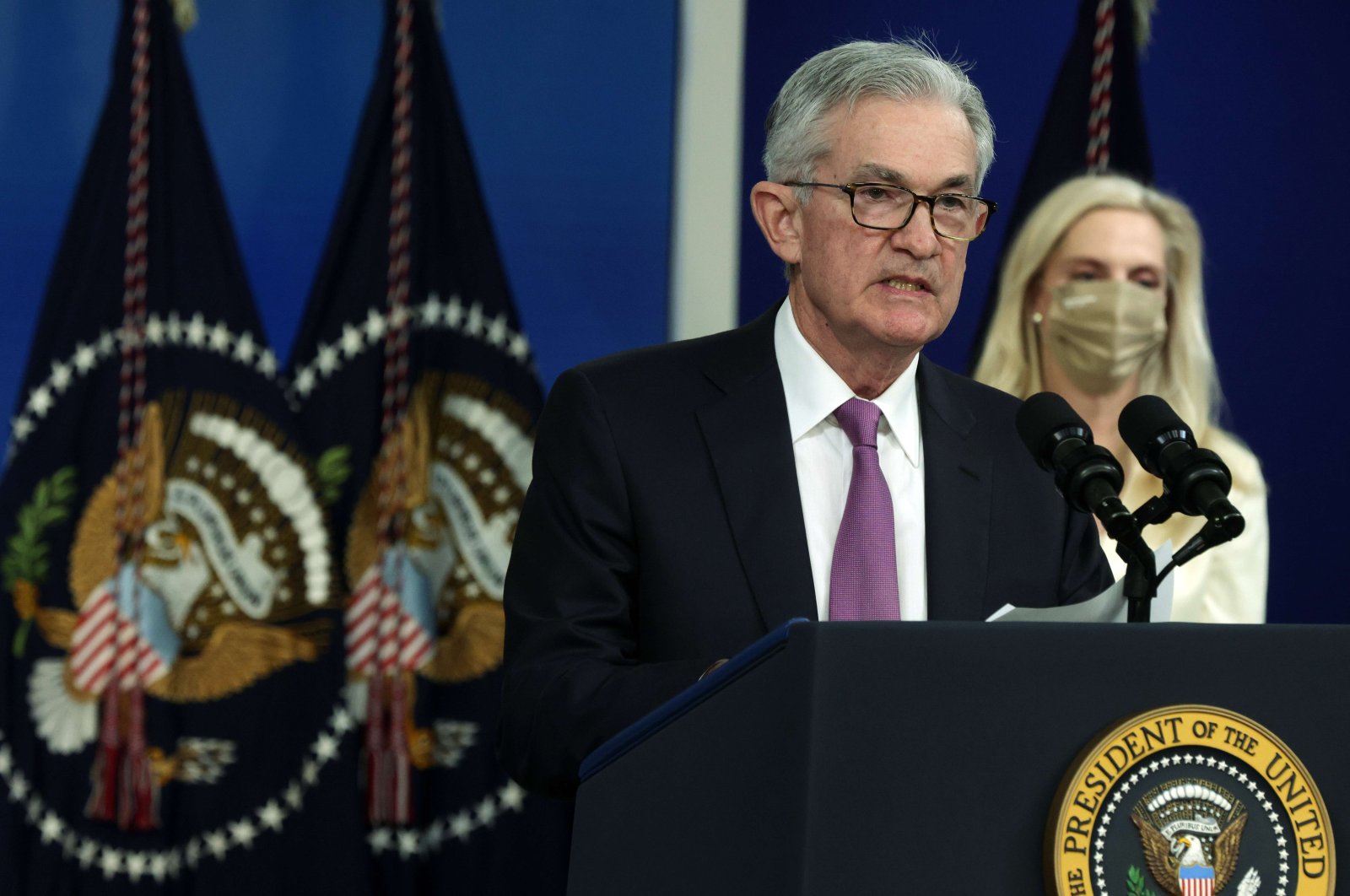 The United States Federal Reserve (Fed) will need to display a much more aggressive stance under the newly re-nominated Chair Jerome Powell to better grapple with surging prices, according to investors.

For months, Powell has insisted the current bout of inflation is likely to be transitory, and said the central bank will be "patient" in deciding when to begin raising its benchmark rate from near-zero. The Fed kicked off the taper of its $120 billion per month bond buying program in November, with a plan to end purchases altogether in mid-2022.

Some investors, however, believe the Fed will need to taper faster and raise rates sooner than expected to tame rising consumer prices, which grew at the quickest pace in more than three decades in October.

Their view has been reinforced by recent public debate among some Fed officials on whether to withdraw support for the economy more quickly to help tame inflation.

One barometer of investors’ monetary policy expectations, futures on the federal funds rate, on Monday afternoon had priced in a 100% chance that the central bank will raise rates by July, from 92% last week.

News of Powell’s nomination on Monday also sent yields on shorter-dated Treasuries, which are more sensitive to rate views, to their highest level since early 2020. Powell is widely seen as more hawkish than Fed Governor Lael Brainard, who was also vying for the top job.

Investors are "challenging the Fed to some extent and becoming more concerned about the Fed falling behind the curve on inflation," said Mike Sewell, a portfolio manager at T. Rowe Price.

Sewell is buying shorter-dated Treasuries and the U.S. dollar, betting that the Fed will need to raise rates three times next year to tame inflation. The central bank’s dot-plot, released in September, showed half of policymakers penciling in one rate increase next year.

Analysts at Jefferies wrote Monday’s rise in Treasury yields, which move inversely to prices, “is predicated on the idea that the prospects for a June 2022 rate hike have increased significantly on the back of Powell's re-nomination,” though the bank believes a June rate increase is unlikely.

Bets on shorter-dated Treasuries have also drawn Gary Cloud, a portfolio manager of the Hennessy Equity and Income Fund.

"We're in an era that investors haven't seen before because you have a significant uncertainty as to whether the Fed will act in time" to prevent inflation from spiraling higher, he said.

Diverging views on how aggressively the Fed will move have helped stir volatility in Treasury markets. The ICE Bank of America MOVE Index, which shows expectations of volatility in the bond market, stands near its highest levels since April 2020.

Inflation expectations edged lower on Monday, with 5- and 10-year breakeven inflation rates dipping to their lowest in about two weeks.

Meanwhile, calls for the Fed to normalize monetary policy more aggressively are now coming from some of the central bank’s own policymakers, reinforcing many investors’ views.

Vice Chair Richard Clarida said earlier this month that “a discussion about increasing the pace at which we are reducing our balance sheet” would be something to consider for the Fed's next meeting, while Fed Governor Christopher Waller called for the Fed to double up on its wind-down of bond purchases, finishing by April 2022 to make way for a possible interest-rate hike in the second quarter.

Powell, for his part, has said inflation will likely abate as supply chain bottlenecks that have contributed to higher prices eventually ease. There have been some indications that the worst of those disruptions are clearing up, with cargo shipping costs down by a third over the last month and prices for commodities such as iron ore and lumber tumbling.

Others, however, insist inflation is headed higher. Adam Abbas, a portfolio manager and co-head of fixed income at Harris Associates, is buying the bonds of companies such as hotels, which may be able to better deflect the effects of higher inflation by raising prices.

Donald Ellenberger, a senior portfolio manager at Federated Hermes, expects bond market volatility to persist as inflation proves "stickier" than the Fed expected. He plans to focus on shorter-duration Treasuries until the 10-year note rises to 2.5% or higher, a level he sees as appropriate given inflation.

"For many years the Treasury market was pretty sleepy and rates didn’t move very much,” he said. “Now the market doesn't know what to do when faced with the fact that inflation is persisting for longer than expected.”