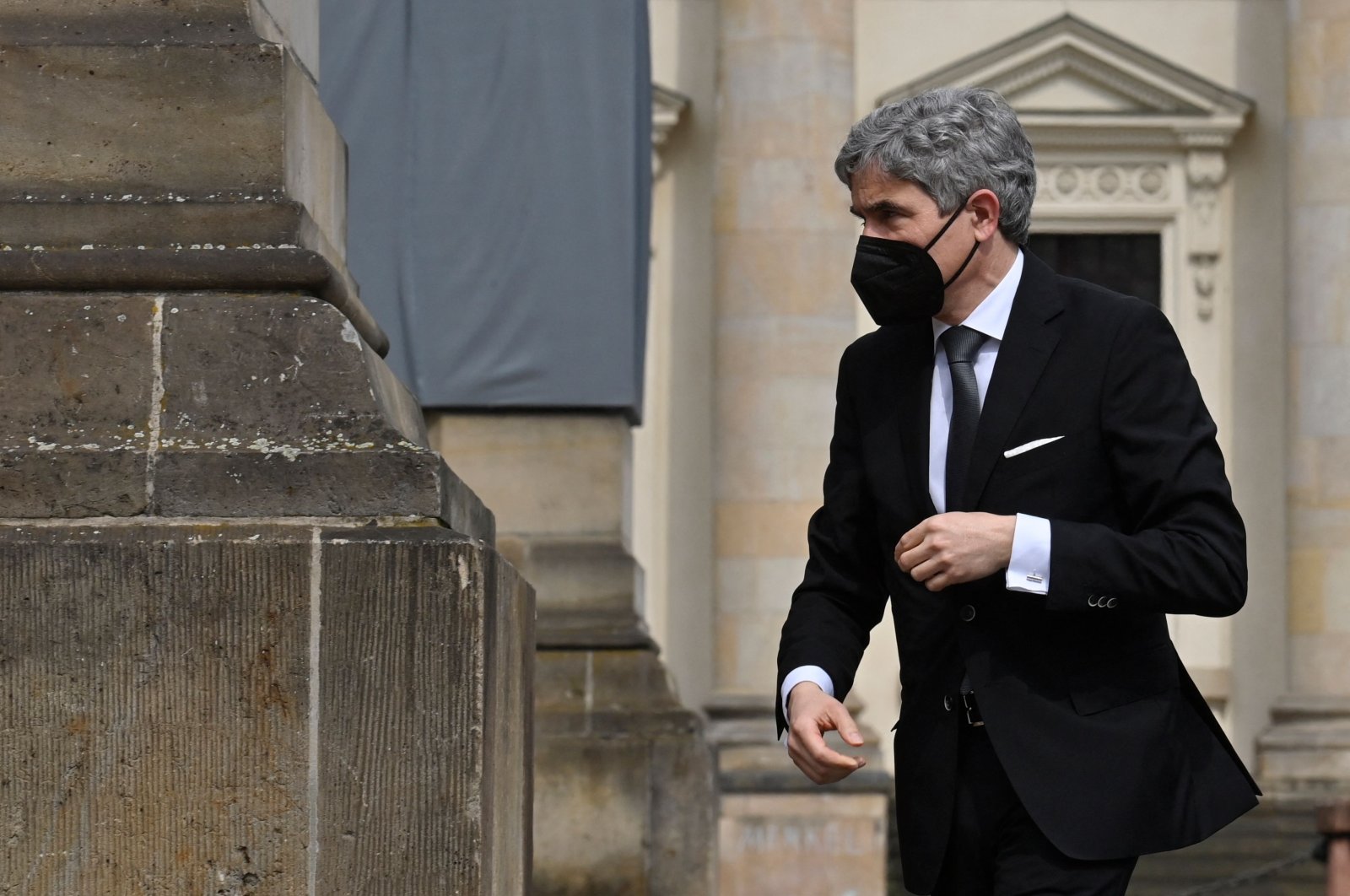 German Federal Constitutional Court President Stephan Harbarth arrives for a ceremony for Germany's victims of the coronavirus (COVID-19) pandemic at the Konzerthaus in Berlin, Germany, April 18, 2021. (AFP Photo)
by REUTERS Apr 21, 2021 11:42 am

Germany's constitutional court on Wednesday allowed the approval of legislation ratifying the European Union's Recovery Fund as it dismissed legal challenges against the debt-financed investment plan.

The decision is essential for launching the bloc's 750 billion euro ($900 billion) recovery spending plan to mitigate the consequences of the COVID-19 pandemic measures.

The change that is to be ratified raises the upper limit for national contributions to the EU budget by 0.6 percentage points to 2.0% of gross national income until 2058 to safeguard the repayment of the recovery borrowing in case there is not enough money from taxes planned for that purpose.

Seven out of the eight judges supported the decision, the court said.

Germany's top court had issued an injunction in March against the signing off on the EU law by the German president because of an emergency appeal against it from the far-right Alternative for Germany (AfD) party and a group called Citizens' Will Alliance.