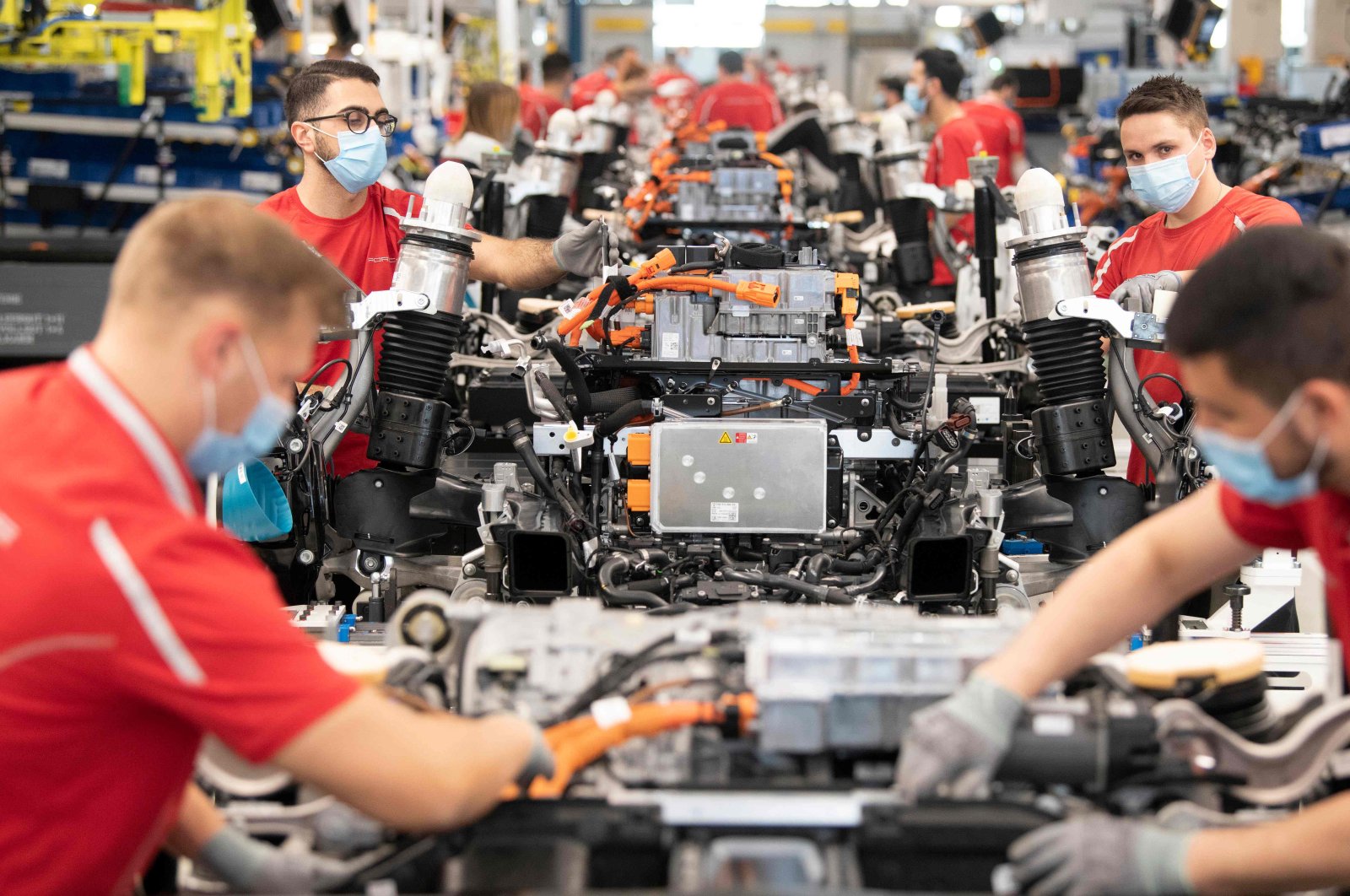 Employees of German car manufacturer Porsche wear face masks as they work on power trains for the Taycan full-electric sportscar at the production site in Stuttgart, southern Germany, on May 12, 2020. (AFP Photo)
by Reuters May 12, 2020 1:55 pm
RECOMMENDED

German economic output probably declined by some 20-25% for several weeks due to the coronavirus outbreak, the KfW state development bank said on Tuesday, adding that activity likely reached its trough in April if no second wave comes.

He said a recovery was likely to start in the second half of the year but the economy would probably only reach its precrisis level in autumn 2021.

With the easing of many restrictions, the economy should at least partially normalize by the summer, which would result in very strong growth in the third quarter, KfW said.

KfW said it expected the economy to shrink by 6% this year before expanding by 5% next year. But risks were mainly on the downside, it added, with a possible second infection wave the main danger.

Those are very similar to predictions made by the German government at the end of April for a contraction of 6.3% this year and an expansion of 5.2% next year.

Fears about getting infected and economic uncertainty mean people will hold back on purchases until rapid tests for the coronavirus are available and chains of infections can be traced, KfW said.

Last week a poll published by GfK market research group showed one-third of Germans expect to splash less cash on durable goods in the future and the same proportion sees their financial situation worsening over the next 12 months as the coronavirus crisis bites.