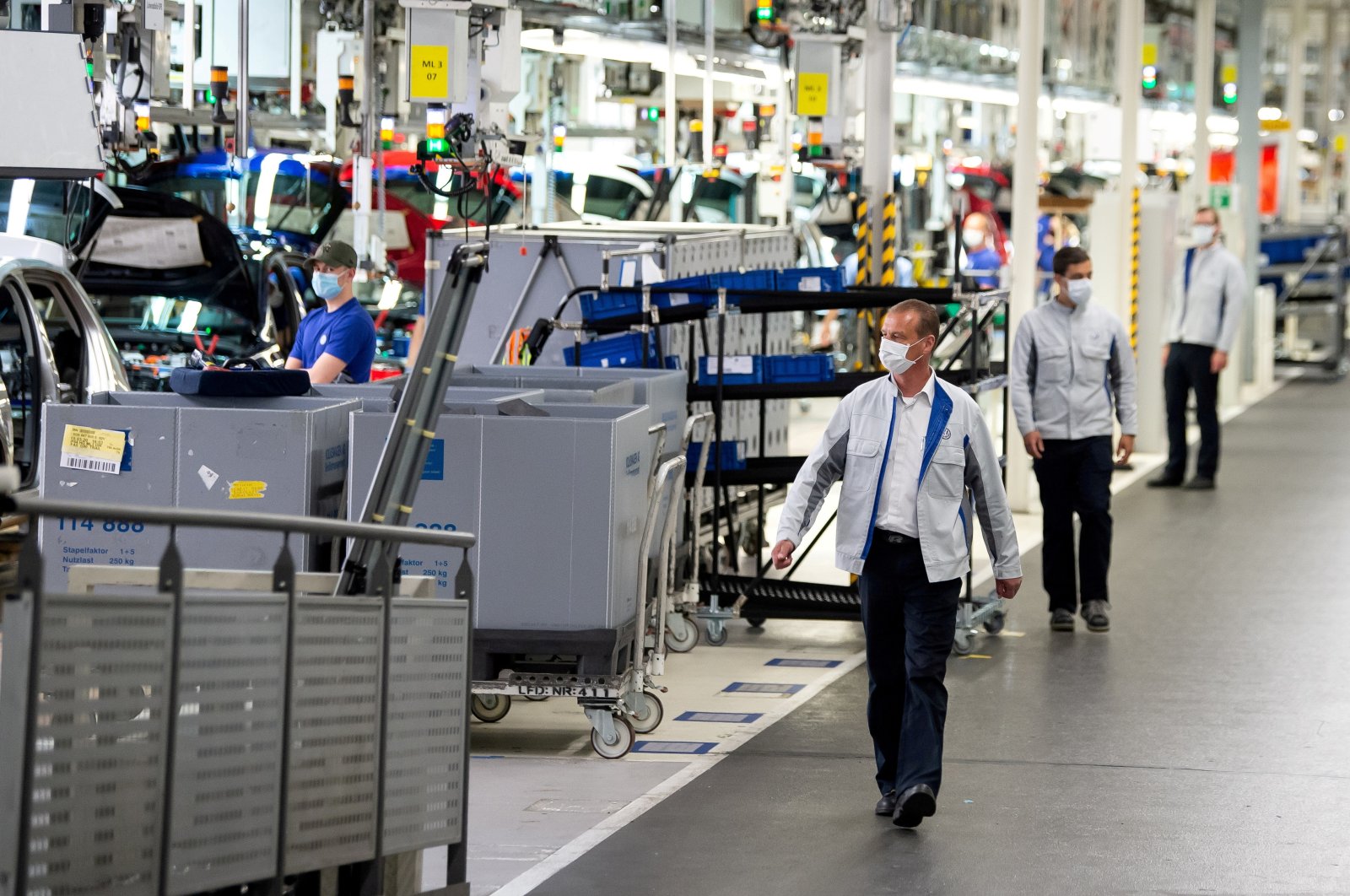 Both the easing of COVID-19 curbs spurred German consumers to dip into record savings piled up during the winter lockdown and the state’s pressing on with a huge debt-financed stimulus push, led to Europe’s largest economy’s recovery in the second quarter with more than expected growth recorded.

Gross domestic product (GDP) grew an adjusted 1.6% on the quarter, the German Federal Statistic Office said Tuesday, up from its previous estimate of 1.5% and following a revised first quarter contraction of 2%.

On the year, Europe's largest economy expanded by a calendar-adjusted 9.4% in the second quarter, leaving economic activity 3.3% below the pre-crisis levels of the fourth quarter of 2019.

Private consumption grew by 3.2% between April and June, contributing 1.6 percentage points to overall growth and pushing the savings rate down to 16.3%. In the first quarter – when shops, bars and restaurants were closed under Germany's lockdown – that rate hit a record high of 22%.

State spending to cushion the impact of the coronavirus crisis, financed with unprecedented new borrowing, blew a 80.9 billion euro ($95 billion) hole in public finances in the first half of the year, the statistics office said.

This equated to a public sector deficit of 4.7% of GDP, the largest in 26 years and what Carsten Brzeski from ING Bank termed "the downside of the rapid economic recovery."

The stimulus should help lift the economy back to pre-crisis levels before the end of 2021 but will leave the government that emerges from next month's federal election with a heavy burden to shoulder, Brzeski said.

Germany's quarter-on-quarter GDP growth compared with a second quarter eurozone average of 2% and growth of 0.9%, 2.7% and 2.8% respectively of the bloc's next biggest economies, France, Italy and Spain.