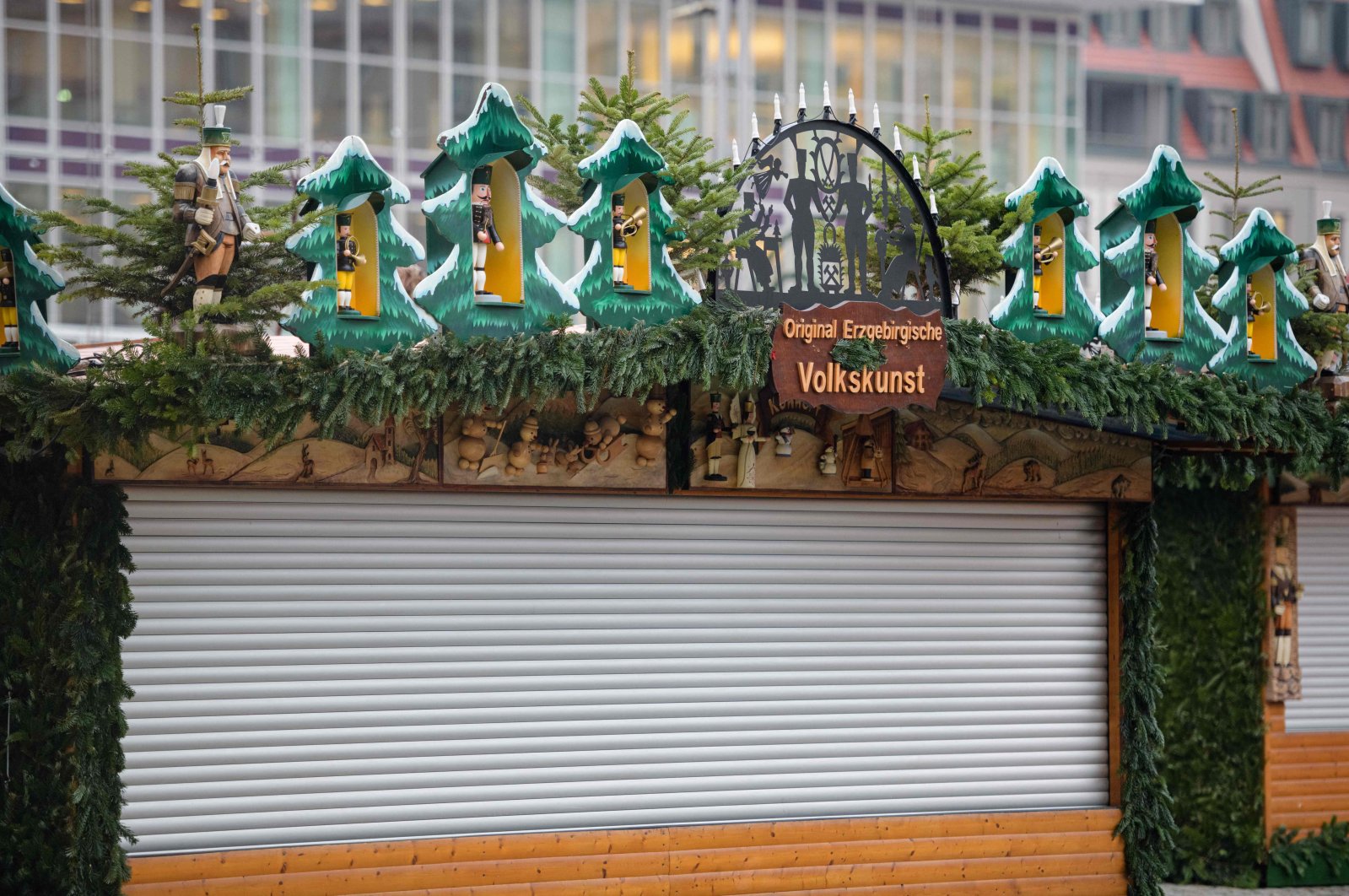 Many cities across Germany have had to cancel their famous Christmas markets as COVID-19 cases have started soaring in the country in a resurgent wave, threatening the festive season and local economies.

As the government scrambles to respond to a dramatic rise in infections over the past two weeks, some of the traditional markets have already been cancelled while others are still waiting nervously for decisions.

The Striezelmarkt in Dresden, the oldest Christmas market in Germany which draws around 3 million visitors annually, is due to open on Nov. 22.

Stallholders have already built their wooden huts and are busy hanging decorations and assembling wooden figures. But they might have to take it all down again at any moment.

"I can't describe what we are going through at the moment," Karin Hantsche, who has been selling traditional gingerbread at the market for 32 years, tells Agence France-Presse (AFP).

"We are not sleeping at night, we are so nervous and tense."

The state of Saxony has said the markets can go ahead, but local authorities in Dresden are due to meet on Nov. 25 and could take a different view.

The central government and the leaders of Germany's 16 states are also due to meet this week to discuss new national measures.

With the country's seven-day incidence rate striking a new record high for the 10th day in a row on Wednesday, Chancellor Angela Merkel described the situation as "dramatic."

"The fourth wave is hitting our country with full force," she said. "The number of daily new infections is higher than ever before ... and the daily death toll is also frightening."

For Hantsche, whose company brings in 50% of its income over the Christmas period, the closure of the market would be a disaster.

"Not everyone will survive this, and for me I can't say yet," she says.

"We are prepared to immediately lay everyone off again if the pandemic situation requires it. But we need some form of compensation for costs, and at the moment we do not have that."

Christmas markets have been an annual fixture in Germany since the 15th century when craftspeople and bakers were given special permission to ply their wares in town squares in the run-up to Christmas.

In pre-pandemic times, the markets drew about 160 million visitors annually and brought in revenues of 3 billion to 5 billion euros ($3.4 billion to $5.6 billion), according to the BSM stallkeepers' industry association.

But most German cities canceled their Christmas markets last year as COVID-19 cases began spiralling, despite the financial losses.

Others are still planning to go ahead, but with restrictions: in Leipzig there will be no alcohol, while in Nuremberg, the market will be pared down and split across several locations.

Markus Harich, who has been selling traditional festive mulled wine and other drinks at the Striezelmarkt for 30 years, is busy putting the finishing touches to his wooden hut.

"We are in a very difficult situation at the moment," he says. "We don't know what will happen next. Will we open at all? Will the regulations be changed?"

He too has had "sleepless nights" worrying about the future of his business. "The goods are ordered, but nobody is giving us any information... At the moment we have really been left alone in a vacuum."

Ulrich Poetschke, who sells traditional artwork from Germany's Erzgebirge region, spends most of the year preparing for the festive season because "the most important business for us is the Christmas business."

"We are hearing different news every day about whether the market is taking place, so it is a very, very difficult situation for the traders," he says.