Glimmer of hope for coronavirus-hit global economy but dangers remain 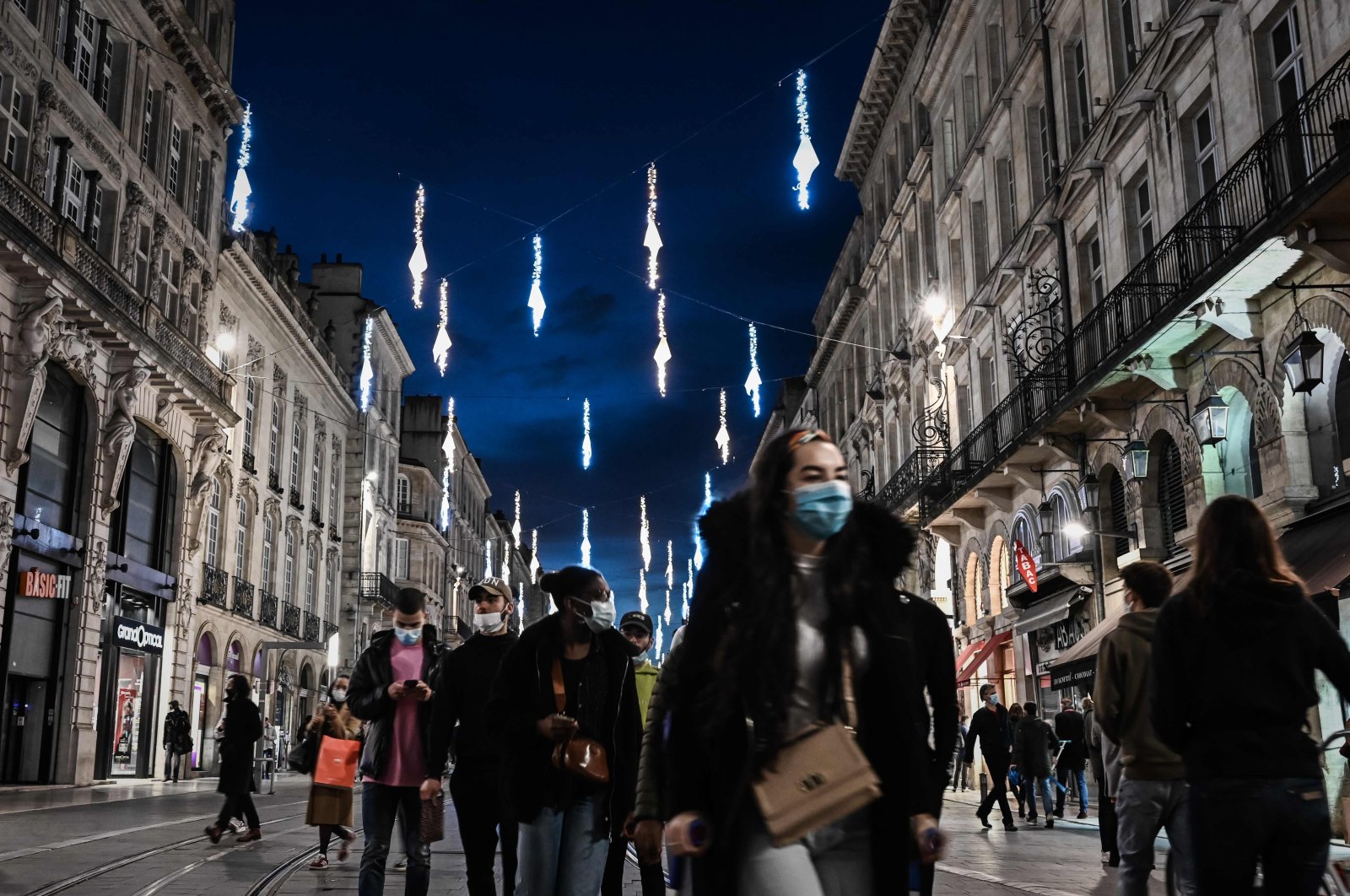 Vendors broke out in applause in the flagship Galeries Lafayette department store in Paris as eager shoppers returned for the first time in a month, after yet another virus lockdown.

The reopening won't be enough to make up for sales lost during the pandemic – but reflects the glimmer of hope that forecasters are starting to see in the global economy.

The Organisation for Economic Co-operation and Development (OECD) predicted Tuesday that the world economy will bounce back to its pre-pandemic levels by the end of next year – though that recovery will be uneven across the countries and big risks remain.

In a report on the state of the economy, the OECD said that progress on coronavirus vaccines means that the outlook has improved for the first time since the pandemic began.

"The road ahead is brighter but challenging," the international watchdog said.

China, which has brought its virus infections under control better than many major economies, will lead that economic recovery and account for a third of global growth next year. Europe, Japan and the U.S. will lag, while many poorer countries, particularly those that rely on tourism, will continue to suffer and require international aid, the OECD said.

It predicts the global economy will shrink about 4.2% this year and rebound by the same rate in 2021 before growing 3.7% the following year.

Across Europe, governments are reopening their economies as they get a handle on a second virus surge – but only gradually, and partially. Vast cobblestone plazas stand empty this festive season instead of hosting Christmas markets that usually electrify historic cities.

Lines of shoppers reappeared this week outside the Louis Vuitton boutique on the Champs-Elysees Avenue in Paris, glittering with holiday lights – but France's famed cafes remained shuttered for several more weeks, the tourists that are the country's lifeblood are gone, and many small businesses aren't expected to survive.

With just a few weeks until Christmas, luxury shops and conventional retail stores alike are all hoping to claw back a pinch of sales in what will be a catastrophic year.

Jean-Noel Reinhardt, who presides over the Champs-Elysees Committee that oversees the avenue's businesses, estimates a loss this year of up to 1 billion euros ($1.19 billion), and a downturn in business activity of 70%.

"The Champs-Elysees thrives on two types of visitors: foreign tourists who have not come, and the second population are those who work in the neighborhood ... and these people are working from home online," Reinhardt told The Associated Press (AP).

The only saving grace, he said, is that most Champs-Elysees shops are worldwide brands that are part of larger conglomerates that might be able to absorb the losses in a way that smaller businesses can't.

The OECD, which advises countries on economic policy, warned about this and other kinds of economic inequalities that have been worsened by the pandemic.

It recommended investing public money in reducing these inequalities as well as in other areas that deliver long-term benefits, including health, education and fighting climate change.

It said that governments should continue to support people who have been hit hardest by the virus and ensuing lockdowns and that global cooperation is sorely needed to maximize the impact of government efforts to bring economies back to health.

Despite still-high virus infections in many countries, some consumers are eager to be able to shop in person again.

"I bought myself a computer, a telephone, of course. I didn't just buy to buy. I could have done it online but the pleasure of buying from a boutique is not the same as shopping online," said 25-year-old legal expert Alexandra Esquier, carrying her bags down the Champs-Elysees.

At the Galeries Lafayette, vendors and shoppers seemed equally excited to see each other again, at a reopening accompanied by Christmas music, animated holiday decorations, lots of hand sanitizer and the chatter of masked crowds.

"It's about trying to do some shopping and have our relatives and the family enjoy everything we can buy, and kickstart the economy," said Stephane Ney, a 41-year-old customer from the Paris region. "It's important."