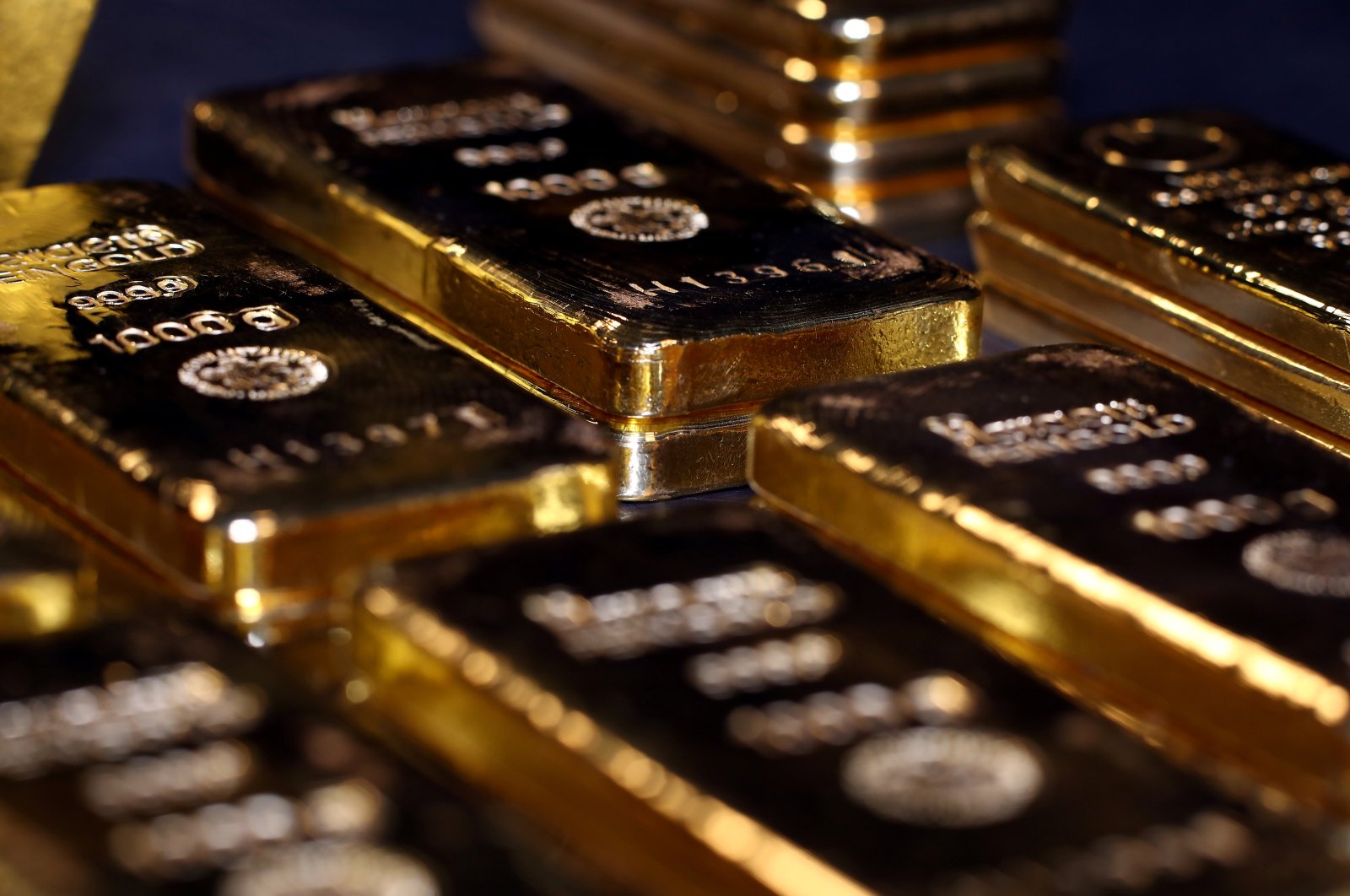 Economies linked most tightly with China – including commodity producers as diverse as Australia, Chile and Brazil – tended to perform better than economies directly linked to the U.S.

Gold hit a record high on Tuesday before the sheer scale of its gains drew a burst of profit-taking, in turn helping the U.S. dollar recover from two-year lows, while equity markets struggled with mounting coronavirus fears.

Gold is still up over $125 in little more than a week as investors bet the Federal Reserve (Fed) will reaffirm its super-accommodative policies at its meeting this week and perhaps signals tolerance for higher inflation in the long run.

"Fed officials have made it clear that they will be making their forward guidance more dovish and outcome-based soon," wrote analysts at TD Securities.

"The chairman is likely to continue the process of prepping markets for changes when he speaks at his press conference."

One shift could be to average inflation targeting, which would see the Fed aim to push inflation above its 2% target to make up for years of under-shooting.

The retreat in gold took some steam out of stocks, but Europe's STOXX 600 eked out a 0.2% rise after MSCI's broadest index of Asia-Pacific shares outside Japan ended up 0.8%.

Japan's Nikkei closed lower, but Chinese blue chips rose 0.8% and E-Mini futures for the S&P 500 were steady after a 1.7% rebound from the Nasdaq on Monday helped Wall Street go higher.

That rise was again led by technology stocks as investors wagered on upbeat earnings reports due this week. Analysts also noted the falling dollar helped, since more than 40% of S&P 500 earnings come from abroad.

The rest of the week will see 179 S&P 500 companies reporting second-quarter earnings, including Google, Amazon and Apple.

Shoqat Bunglawala, head of European and Asian portfolio solutions at Goldman Sachs Asset Management, said there had been some positives to cling to from the earnings.

"We have seen around 81% of firms that have beat expectations (so far), so although the expectations have been very low, at least they have beaten them."

There were hopes that a stimulus extension could be agreed upon in the U.S. U.S. Senate Republicans were trying to complete details of a $1 trillion to $1.5 trillion coronavirus aid proposal before enhanced unemployment benefits expire on Friday.

The proposal could cut unemployment benefits to $200 from $600, which would be a blow to household incomes and spending power.

Some 30 million Americans are out of work and states are tightening lockdown restrictions again, a trend that has also dragged on the U.S. dollar.

The U.S. second-quarter economic growth data is also due this week, and a disappointing reading on what is expected to be a historic contraction could fuel further dollar weakness.

"Although little is expected on policy, (bank boss Jerome) Powell's tone in the press conference will be key especially in light of the recent uptick in virus cases and the knock-on consequences," said AxiCorp's Stephen Innes.

Alan Ruskin, head of G-10 strategy at Deutsche Bank, noted currencies had been tracking the relative performance of their economies, so that high-ranked economic performance was associated with stronger currencies.

"One clear pattern is how economies linked most tightly to China – including commodity producers as diverse as Australia, Chile and Brazil – have tended to perform better than economies most directly linked to the U.S., notably its NAFTA trading partners," said Ruskin.

The dollar has been falling almost across the board, reaching a two-year low against a basket of currencies at 93.416 before recovering to 93.975.

The reversal in the dollar combined with the uncertainty over the COVID-19 pandemic and the prevalence of negative real bond yields has propelled gains by precious metals.

Oil prices also tend to benefit from a falling dollar but have been hampered by worries about demand as countries impose more travel restrictions.