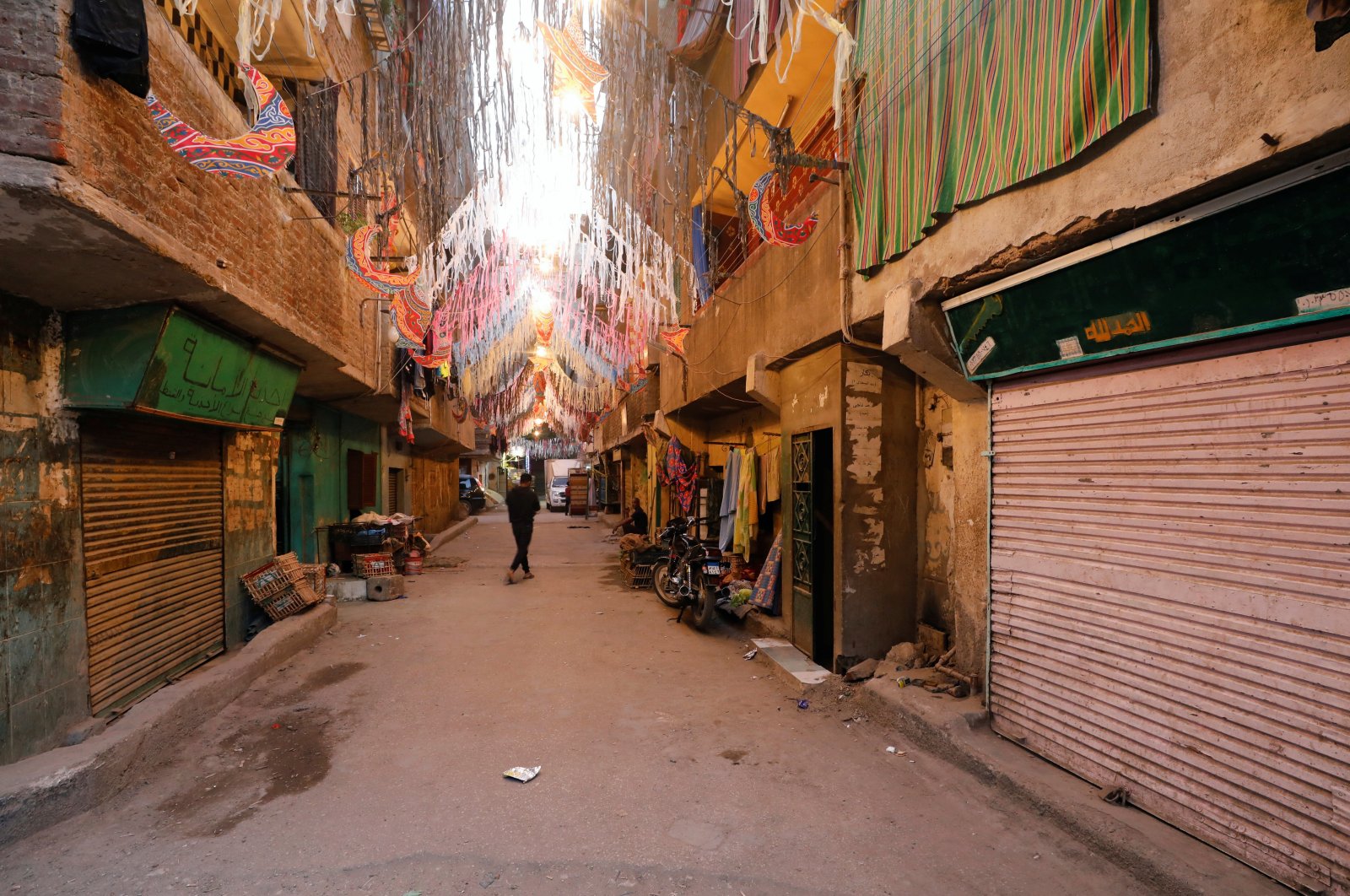 A man is seen walking at Ezbet Hamada in Cairo's Mataria district during the holy fasting month of Ramadan, as the outbreak of the coronavirus disease (COVID-19) continues, in Cairo, Egypt May 1, 2020. Picture taken May 1, 2020. (REUTERS Photo)
by French Press Agency - AFP May 11, 2020 9:43 pm
RECOMMENDED

The IMF board approved $2.77 billion in emergency aid for Egypt on Monday to help the country deal with the impact of the coronavirus pandemic, but said the government would need more financial help.

The country had seen a "remarkable turnaround" prior to the COVID-19 shock, as part of a fund-supported economic reform program, but that progress was now under threat, the IMF said in a statement.

However, he cautioned that Cairo will need "additional expeditious support from multilateral and bilateral creditors ... to close the remaining balance of payments gap, ease the adjustment burden, and preserve Egypt's hard-won macroeconomic stability."

The emergency funds come from the Washington-based crisis lender's Rapid Financing Instrument, which has been ramped up to get aid quickly to developing nations most vulnerable to the economic effects of shutdowns to contain the outbreak.

IMF Managing Director Kristina Georgieva said the fund has received over 100 requests for aid from its members, and that developing countries will need about $2.5 trillion to deal with the impacts of the pandemic. Last week the fund said it had approved 50 such loans.

Egypt has suffered over 500 COVID-19 fatalities with nearly 10,000 cases, according to John's Hopkins University's tally.

The country has gradually started to reopen after President Abdel Fattah al-Sisi's government has loosened a strict curfew for the Muslim holy month of Ramadan in an effort to kickstart North Africa's largest economy.

Having shuttered shops and cafes in late March and forced millions of civil servants to stay home, it is slowly reversing some of these measures, bringing back many state workers and extending the trading hours of shops and malls.