IMF foresees sharp 4.4% drop in global growth for 2020 as economy struggles to recover 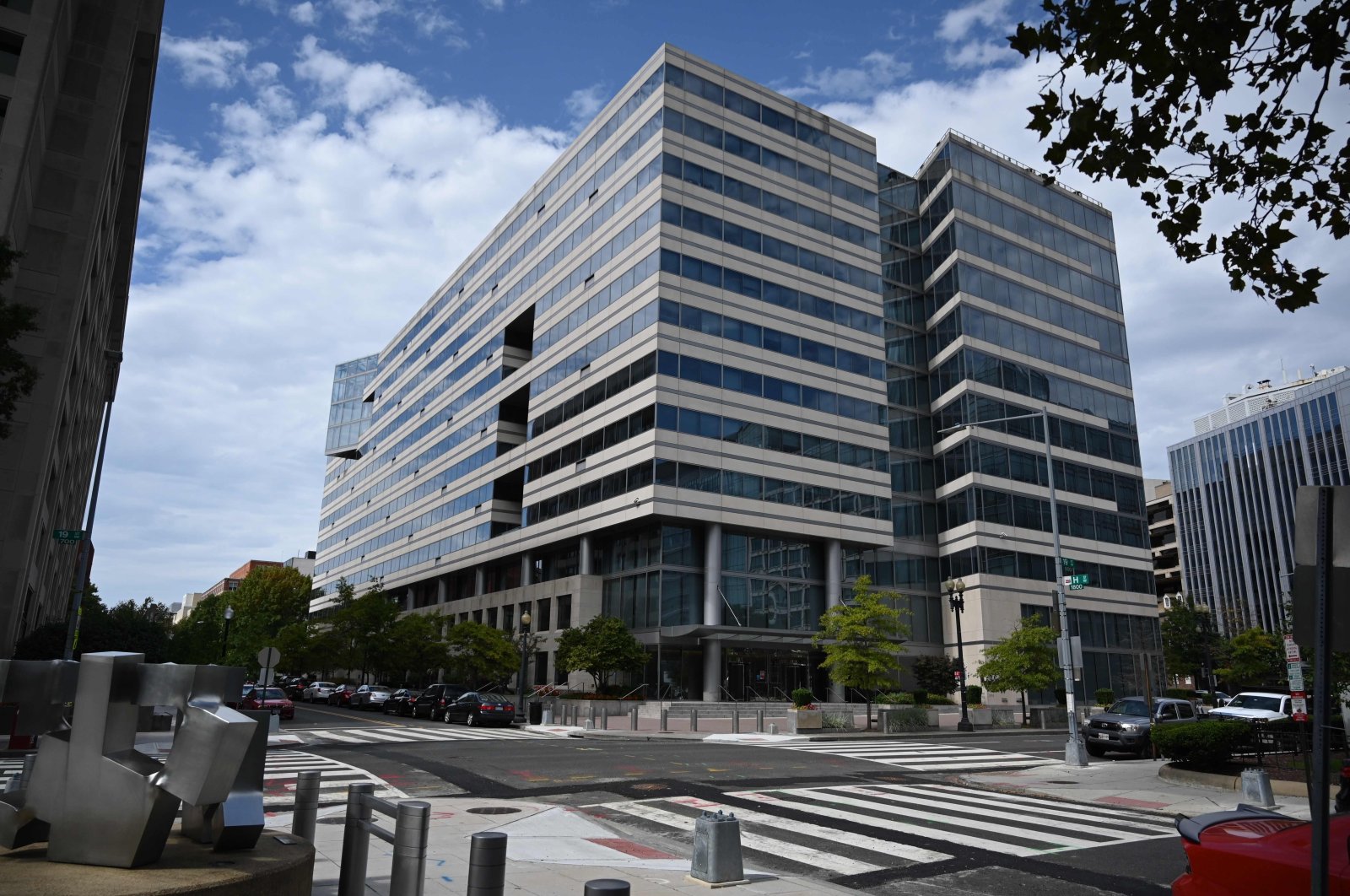 In this file photo, the street corner between the World Bank headquarters and the International Monetary Fund (IMF) building is seen in Washington, D.C., Oct. 1, 2020. (AFP Photo)
by ASSOCIATED PRESS Oct 13, 2020 4:06 pm
RECOMMENDED

The International Monetary Fund (IMF) foresees a steep fall in international growth this year as the global economy struggles to recover from the pandemic-induced recession, its worst collapse in nearly a century.

The IMF estimated Tuesday that the global economy will shrink 4.4% for 2020. That would be the worst annual plunge since the Great Depression of the 1930s. By comparison, the international economy contracted by a far smaller 0.1% after the devastating 2008 financial crisis.

The monetary fund's forecast for 2020 in its latest World Economic Outlook does represent an upgrade of 0.8 percentage point from its previous forecast in June. The IMF attributed the slightly less dire forecast to faster-than-expected rebounds in some countries, notably China, and to government rescue aid that was enacted by the United States and other major industrial countries.

But the 189-nation lending agency cautioned that many developing countries, notably India, are faring worse than expected, in large part because of a resurgent virus. Many nations face the threat of economic reversals if government support is withdrawn too quickly, the IMF warned.

“While the global economy is coming back, the ascent will be long, uneven and uncertain,” Gita Gopinath, the IMF's chief economist, wrote in the new outlook. “Recovery is not assured while the pandemic continues to spread.”

While forecasting a global contraction this year after 2.8% growth last year, the IMF predicts a rebound to global growth of 5.2% next year, 0.2 percentage points lower than in its June forecast.

For the U.S., the IMF forecasts an economic contraction of 4.3% this year, 3.7 percentage points better than in its June forecast. The less-pessimistic outlook reflects a stronger-than-expected bounce from the $3 trillion in relief aid that Congress enacted earlier this year.

For next year, the IMF envisions 3.1% growth in the U.S., 1.4 percentage points less than in its June outlook and in line with the view of private forecasters. Last year, the U.S. economy grew by 2.2%.

The IMF said that while a swift recovery in China had surprised forecasters, the global rebound remains vulnerable to setbacks. It noted that “prospects have worsened significantly in some developing countries where infections are rising rapidly” and that in India and in poorer nations in Africa and Asia, the pandemic has continued to spread and in some areas even accelerate.

In the United States, a variety of economic aid programs, including small business loans to prevent layoffs and a $600-a-week unemployment benefit, have expired. Congress has so far failed to reach a compromise agreement to provide further financial assistance to individuals and businesses.

The scale of disruptions in hard-hit economic sectors of the U.S. economy, notably restaurants, retail stores and airlines, suggests that without an available vaccine and effective drugs to combat the virus, many areas of the economy “face a particularly difficult path back to any semblance of normalcy,” the IMF said.

Even as China has rebounded much faster than many expected, India, another populous country in Asia, is enduring difficulties. India’s economy is expected to contract 10.3% this year – 5.8 percentage points deeper than the decline the IMF had forecast in June.

The monetary fund predicted that the euro area, which covers the 19 European nations that use the euro currency, would contract 8.3% this year but rebound 5.2% next year.

The IMF produced the updated outlook for this week’s virtual meetings of the 189-nation lending institution and its sister institution, the World Bank. Those meetings are expected to be dominated by discussions of how to provide more aid to the world’s poorest countries in the form of medical aid and debt relief.

One idea being considered is to extend for six months a debt-payment freeze for the poorest nations that took effect May 1 but is due to expire at year’s end. Many aid groups are pressing for rich nations to go further and forgive part of the debt rather than just halt repayments.

Poor countries have been hurt the most by the pandemic. The World Bank has estimated that the pandemic has thrown between 88 million and 114 million people into extreme poverty, which is defined as living on less than $1.90 a day. That would mark the largest increase in extreme poverty on data going back to 1990. And it would end a period of more than two decades in which the rate of extreme poverty had declined.