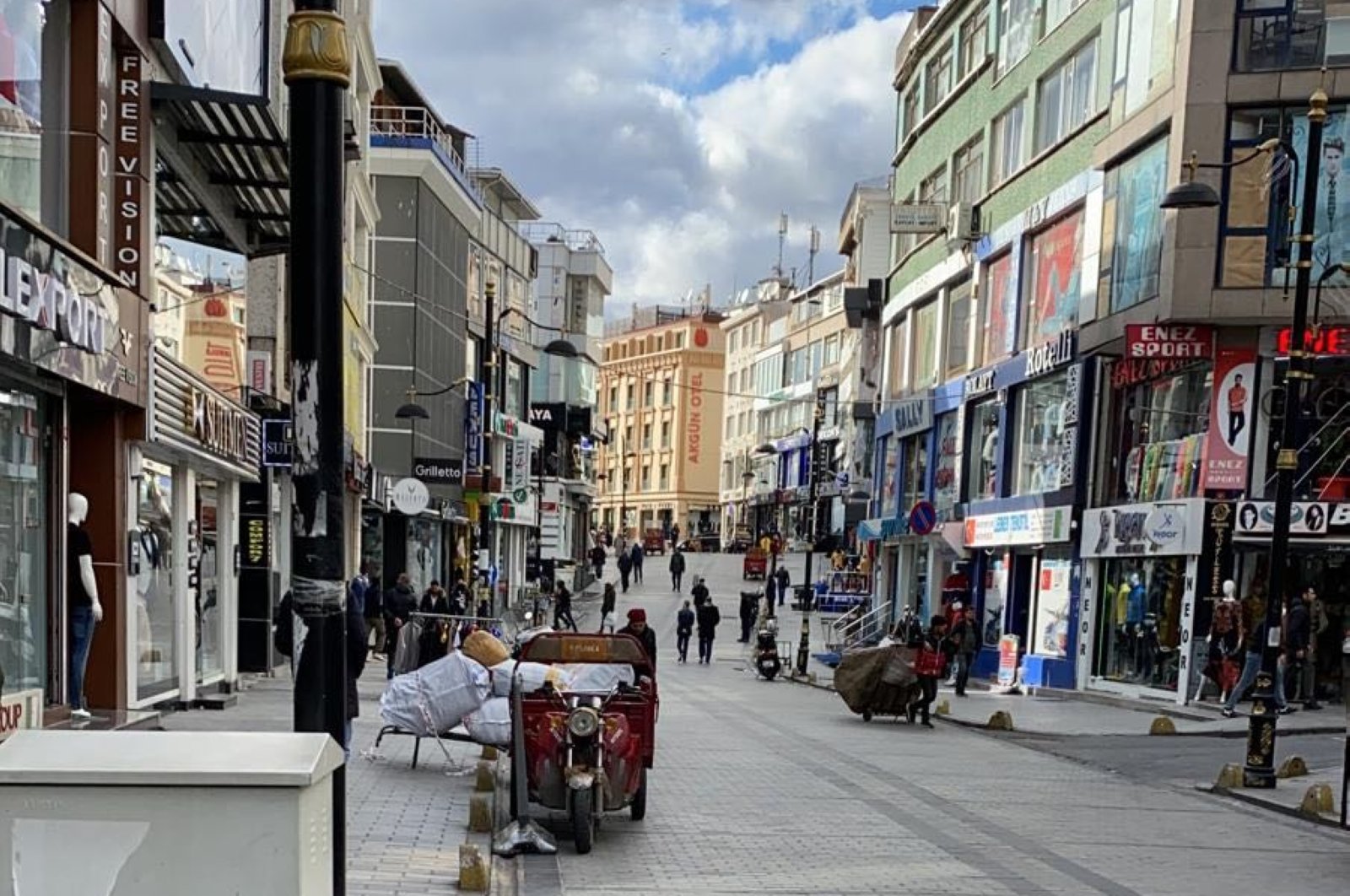 An undated photo of Istanbul's Laleli district, a hub for the country's leather and textile industry.
by DAILY SABAH Mar 17, 2020 7:51 am
RECOMMENDED

Businesses in Istanbul's Laleli district, a hub for the country's leather and textile industry, used WhatsApp and Telegram to follow up on nearly half of their $3 billion exports in 2019. Meanwhile, the industry expects rapid growth in online orders in the upcoming months due to the coronavirus pandemic.

Eyyüpkoca said their export revenues increased by 20% in 2019, reaching $3 billion. "Almost half of these export orders were made via WhatsApp or Telegram app," he added.

He said business owners now notify regular customers through WhatsApp whenever a new model arrives at stores, receiving orders and shipping the items abroad without the customer ever having to come to Istanbul.

However, Eyyüpkoca said the first quarter of 2020 has been as profitable for Laleli businesses due to a global stagnation and the growing threat of the coronavirus. The Laleli market is now nervous about the coronavirus’ detrimental effect, given customers have now opted to stay home and stop spending.

One of the obstacles for the tradesmen is the travel ban Turkey has imposed on several countries from which the majority of their clientele comes from. Eyyükkoca said the travel restrictions on Iran will bring major losses for businesses, especially over the course of Newroz, the Persian New Year, which runs from March 20 to April 2. He said a large number of Iranians would normally visit Laleli during the holiday to make large purchases, which will not be the case this year.

Turkey has confirmed 12 new cases of the coronavirus, bringing the total number of patients to 18, Health Minister Fahrettin Koca said Monday, marking the highest daily rise since the country announced its first case last week. Koca said two of the latest cases were linked to the first case, while seven others had traveled from Europe and three from the U.S.

Last Wednesday, Turkey became the last major economy to report an outbreak after taking what the World Health Organization (WHO) described as “vigilant” measures to prevent the virus' entry into the country. Since then, the government has ramped up measures to halt the spread of the issue, closing schools and universities, holding sports events without spectators, closing borders and halting flights to many countries.

Muhammed Sancaktar, who has owned a store in Laleli since the 1990s, said the use of online messaging platforms had increased trade volume significantly and helped both exporting and importing parties save money. He said customers had become wary of coming to Turkey due to the exposed risks of making transits on their way to the country.

Laleli used to be the center of Istanbul’s informal “suitcase trading,” where foreigners, especially citizens of former Soviet Union countries, purchased items at a cheaper price to sell them back home. The name “suitcase trading” gained prominence as people from Ukraine, Uzbekistan to Belarus would come with empty suitcases and fit as much as they could inside to take back home. Laleli, which houses more than 7,500 businesses and employs over 50,000 people, has now transformed into a billion-dollar market exporting mainly leather, fur, textile and garment products.