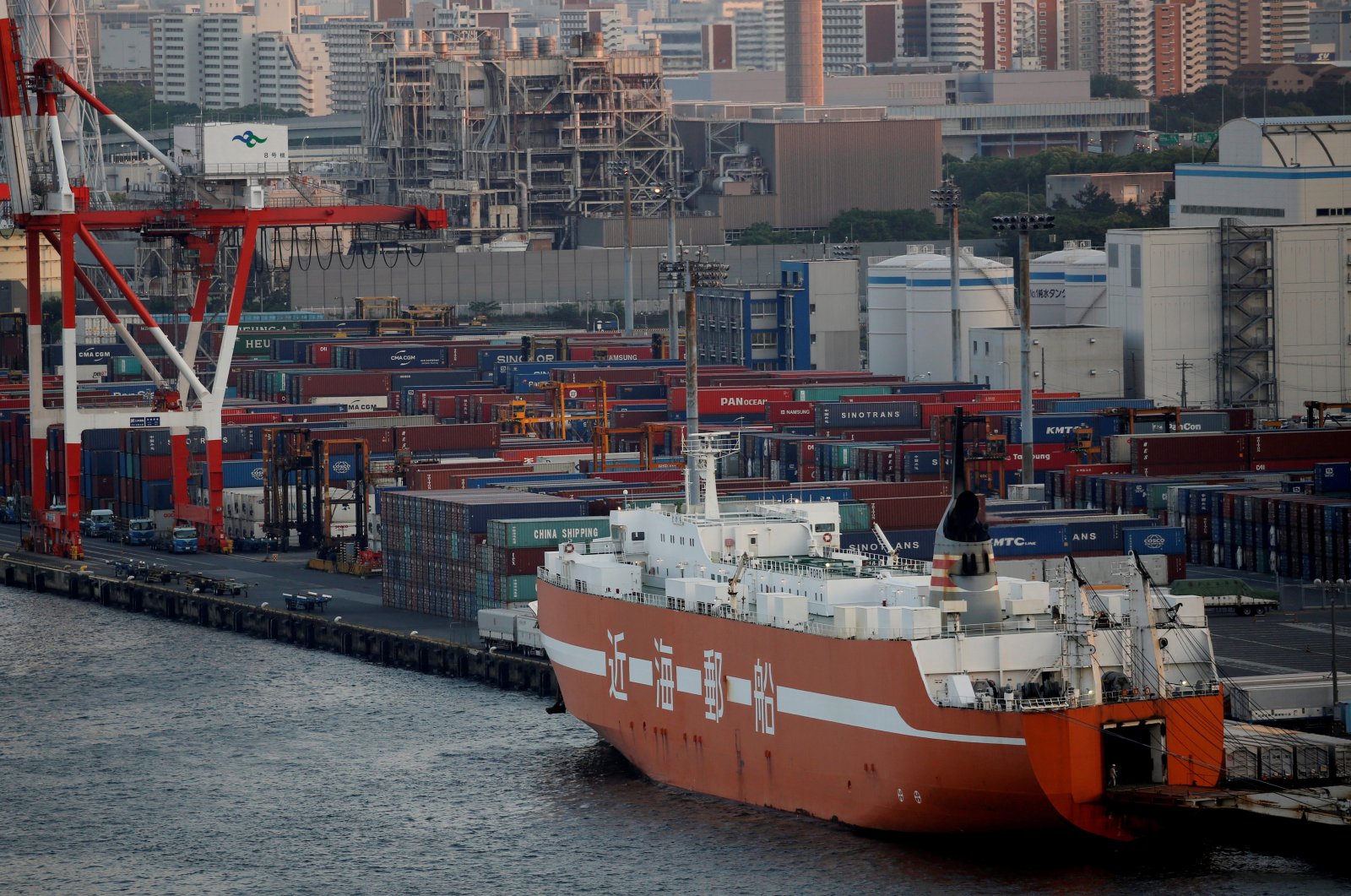 Japan’s exports fell the most since the 2009 global financial crisis in April as the coronavirus pandemic slammed world demand for cars, industrial materials and other goods, likely pushing the world’s third-largest economy deeper into recession.

The ugly trade numbers come as policymakers seek to balance virus containment measures against the need to revive battered parts of the economy, with the risk of a second wave of infections only complicating this challenge.

The country's central bank will hold an emergency meeting on Friday to work out a scheme that would encourage financial institutions to lend to smaller, struggling firms. Policymakers are also considering cash injections for companies of all sizes.

Global automakers are struggling to cope with the health crisis, which has pummelled car sales due to lockdowns in many countries. Toyota Motor Corp expects an 80% drop in full-year operating profit, while Mitsubishi Motors Corp has reported an 89% drop in annual profit.

The fall in overall shipments was the biggest since October 2009 during the global financial crisis, but slightly less than a 22.7% decrease seen by economists in a Reuters poll. Exports fell by 11.7% in March.

“It’s still far from a fully fledged resumption of economic activity,” said Takeshi Minami, chief economist at Norinchukin Research Institute. “As exports and imports remain stagnant for a prolonged period of time, global trade will remain contractionary for the time being.”

Exports to China, Japan’s largest trading partner, fell 4.1% in the year to April due to slumping demand for chemical materials, car parts and medicines.

Shipments to Asia, which account for more than half of Japanese exports, declined 11.4% and exports to the European Union fell 28%.

Other trade-reliant economies in Asia have also been hit with data on Thursday showing South Korea’s exports slumping by a fifth in the first 20 days of May, year-on-year.

Japan’s economy slipped into recession for the first time in four and a half years, putting the nation on course for its deepest postwar slump as the pandemic ravages businesses and consumers.

Monday’s first-quarter gross domestic product (GDP) data underlined the broadening impact of the outbreak, with first-quarter exports plunging the most since the devastating March 2011 earthquake and tsunami.

A private sector manufacturing survey showed on Thursday the decline in Japan’s factory activity accelerated in May as output and orders slumped.

Analysts warn of an even bleaker picture for the current quarter as consumption crumbled after the government in April requested citizens to stay home and businesses to close.