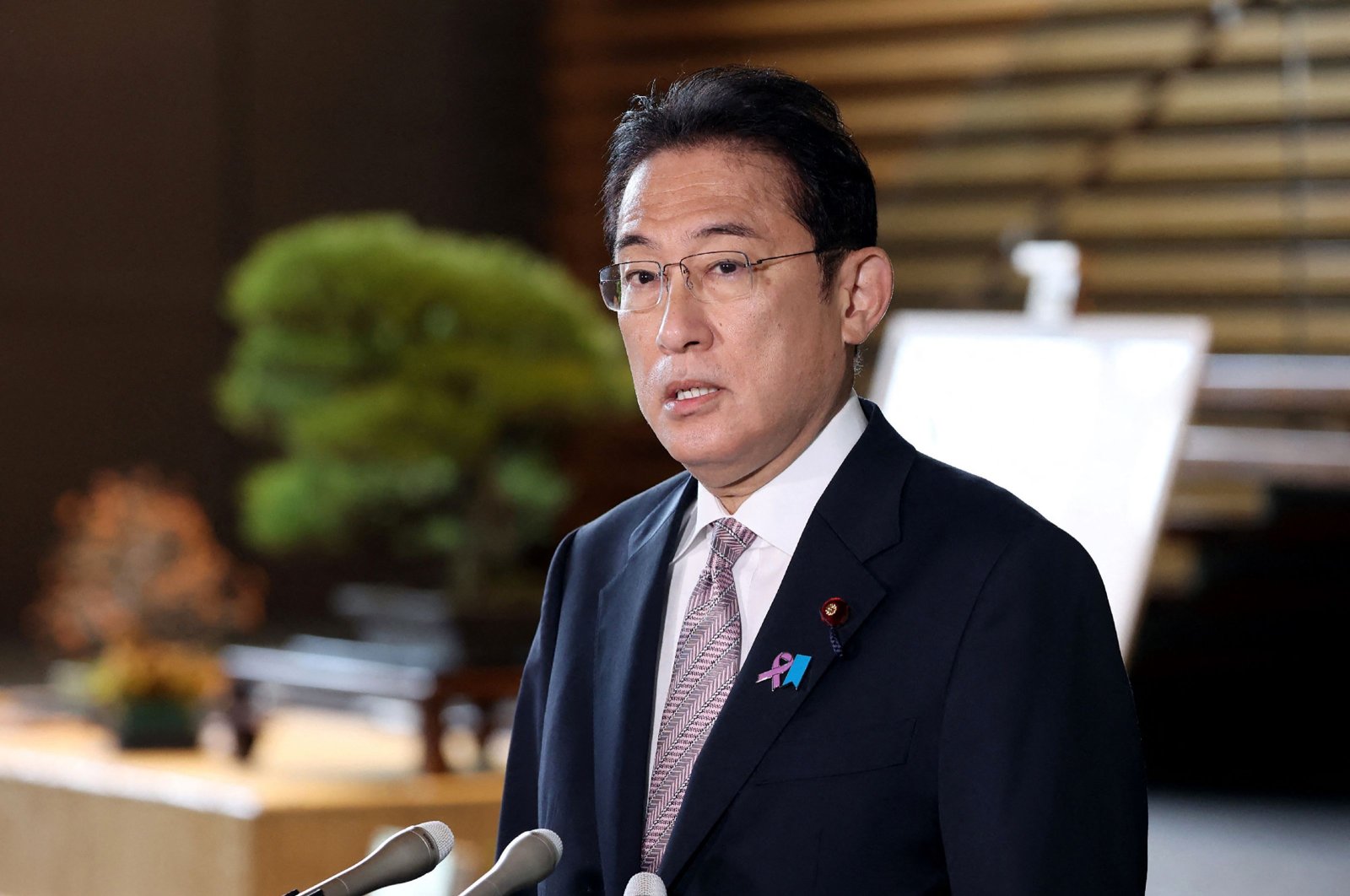 The 56 trillion-yen injection, the third since the COVID-19 crisis struck last year, "is enough to deliver a sense of safety and hope to the Japanese people," Kishida said.

The vast spending plans are expected to be approved by Cabinet later in the day and reportedly include cash and coupon handouts to families with children under 18 who meet an income cap, as well as pay rises for nurses and care workers.

It comes after Japan's economy shrank far more than expected in the second quarter as leaders struggled to overcome virus surges by imposing containment measures in Tokyo and other cities.

Former Prime Ministers Yoshihide Suga and Shinzo Abe poured 40 trillion yen and 38 trillion yen, respectively into the economy in 2020, although some analysts have raised doubts over how effective that stimulus has been.

"We have been able to build economic measures that will lead to a new society after the pandemic," Kishida said at policy talks between Cabinet and ruling coalition.

He said the 56 trillion in spending – roughly 10% of Japan's total gross domestic product (GDP) – was expected to rise as high as 79 trillion yen including other elements such as loans from private funds.

Kishida triumphed in a general election last month, having pledged to deliver a huge spending program after Suga stepped down, partly over his government's virus response.

However, daily cases have nosedived in recent months, and more than three-quarters of the population are now fully vaccinated, with most restrictions now lifted nationwide.

Analysts said the stimulus would support Japan's growth to some extent, but some questioned the effectiveness of handouts, with UBS warning it was unlikely to be a "game-changer" for the country's economic outlook.

Japan already has an enormous public debt load, amounting to over 250% of GDP according to the International Monetary Fund (IMF).

"But its size overshadows the contents. The package may not help stimulate spending and only end up swelling people's savings," she added, alluding to fears that handouts would be deposited rather than ploughed back into the economy.

"This is a huge package but its impact on GDP appears limited," he said.

"This hand-out and across-the-board policy may not necessarily lead to spending," he told AFP.

The country's Board of Audit says nearly half of the stimulus already implemented by previous governments has yet to be used, Kengo Sakurada, chairperson of the Japan Association of Corporate Executives noted this week.

"We need accountability from the government on why this one will be successful," he told reporters.

Junichi Makino, chief economist at SMBC Nikko said in a note that the package should lift the GDP by 3.3%.

He said a domestic travel discount program would likely have the most meaningful impact, along with subsidies for purchases and incentives for business.

"Details of the package will be the key. The market will be focusing on the exact sizes of those high-impact programs," he wrote.