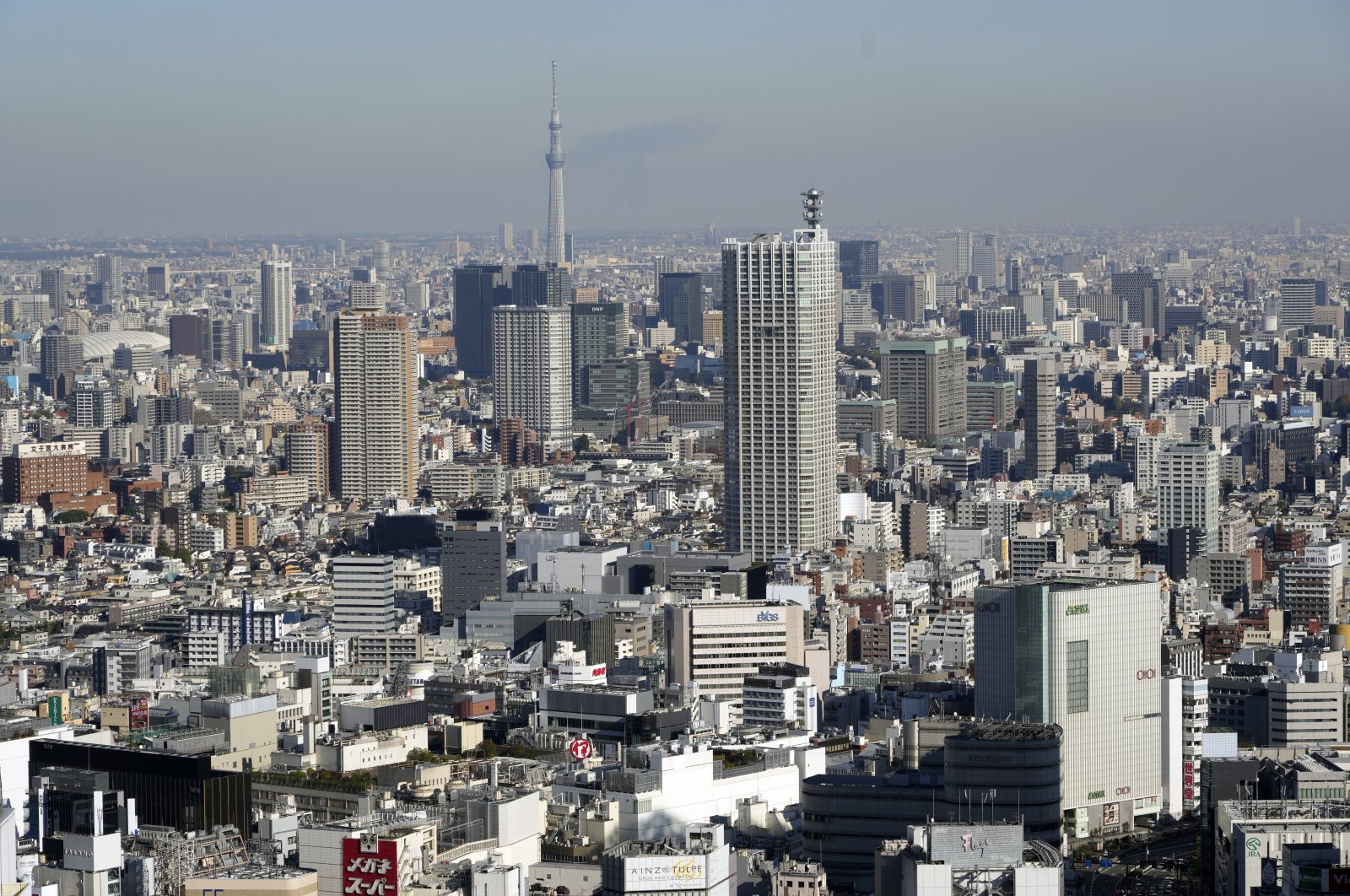 Office and residential buildings are seen from an observation deck of the Tokyo Metropolitan Government Building in Tokyo, Japan, Nov. 15, 2021. (EPA Photo)
by Anadolu Agency Nov 15, 2021 11:14 am

Japan's economy narrowed 3% year-on-year in the third quarter – transgressing the expected figure of 0.8%, according to data released on Monday.

The GDP grew by 1.5% in the second quarter, but dropped 4.1% year-on-year in the first quarter.

During the July-September period, private consumption decreased as the 2020 Olympics were held behind closed doors due to the pandemic, failing to contribute to spending figures.

The slowdown in automobile production due to the global chip crisis caused Japanese household spending on cars to worsen.

While imports declined by 2.7%, government expenses posted an increase of 1.1%.

Yoshiki Shinke, chief economist at Tokyo-based Dai-ichi Life Research Institute, said: "We should think the actual state of the economy was worse than the figures.

"Let's say government spending and imports surely pushed up GDP, but the reasons are not positive."