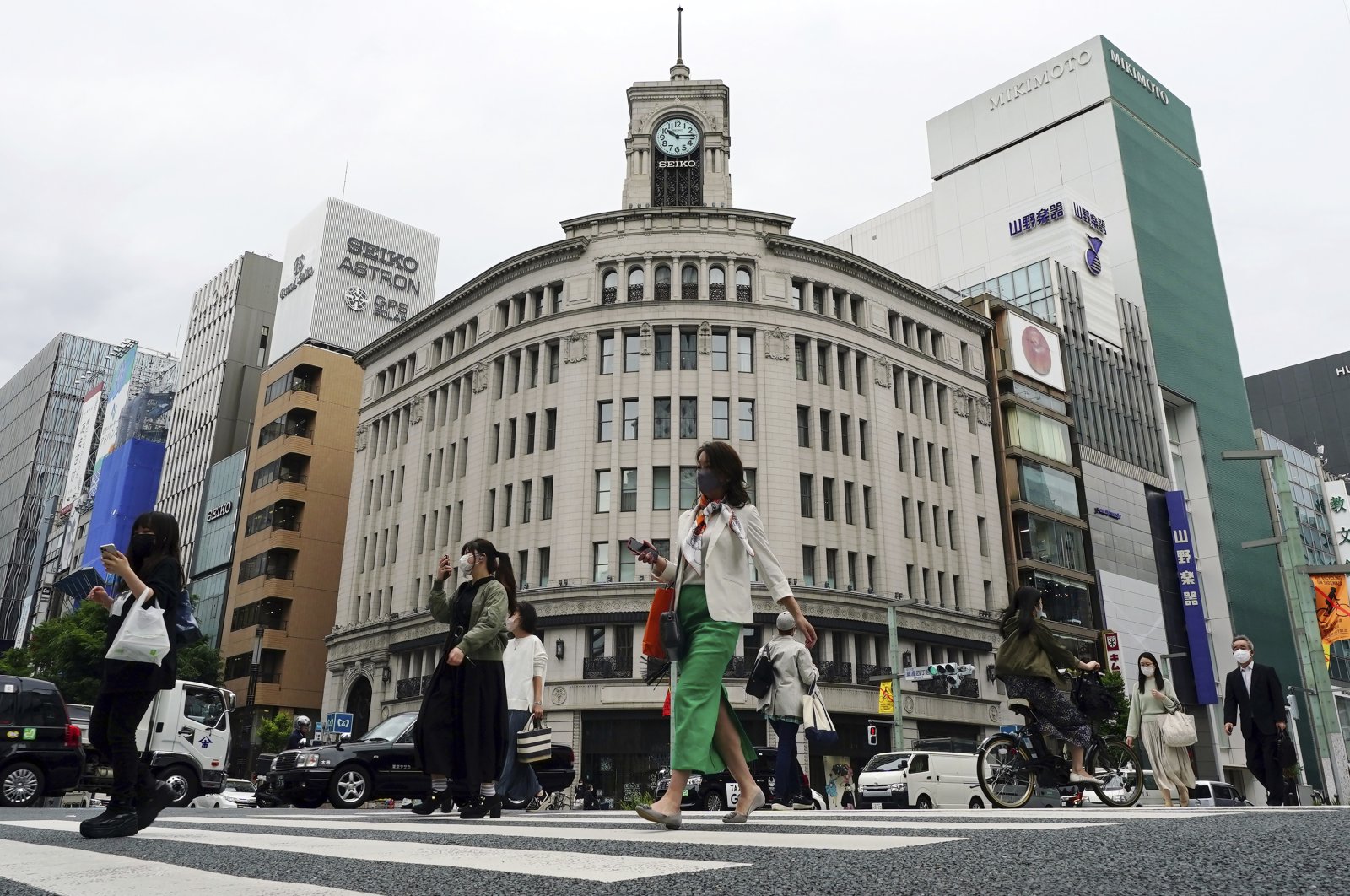 Japan's economy rebounded more than expected in the second quarter after slumping in the first three months of this year, official data showed Monday, a sign consumption and capital expenditure were recovering from the coronavirus pandemic's initial hit.

But many analysts expect growth to remain modest in the current quarter as state of emergency curbs reimposed to combat a spike in infections weigh on household spending.

The world's third-largest economy grew an annualized 1.3% in April-June after a revised 3.7% slump in the first quarter, preliminary gross domestic product (GDP) data by the Cabinet Office showed on Monday, beating a median market forecast for a 0.7% gain.

Still, the rebound was much weaker than that of other advanced economies including the United States, which marked a 6.5% annualized expansion in the second quarter, highlighting the fallout from Tokyo's struggle in containing the pandemic.

"There's not much to be optimistic on the outlook with a spike in infections heightening the chance of stricter curbs on activity," said Yoshihiki Shinke, chief economist at Dai-ichi Life Research Institute.

"Japan's economy stagnated in the first half of this year and there's a risk of a contraction in July-September. Any clear rebound in growth will have to wait until year-end," he said.

"I have very mixed feelings about this GDP result. It shows that households' consumption appetite is very strong despite the state of emergency curbs," Economy Minister Yasutoshi Nishimura told reporters after the data's release.

"Our priority is to prevent the spread of the virus. It's very bad for the economy for this situation to drag on."

Consumption rose 0.8% in April-June from the previous quarter, confounding market forecasts for a 0.1% decline and rebounding from a 1.0% drop in January-March, the data showed.

Capital expenditure also increased 1.7% after falling 1.3% in the previous quarter. As a result, domestic demand contributed 0.6% point to GDP growth.

Exports rose 2.9% in April-June from the previous quarter in a sign the global recovery continued to underpin the world's third-largest economy.

"Private consumption grew unexpectedly and capital expenditure turned out to be firm. That said, the data left the impression that the economy's rebound from the first quarter slump was weak," said Takeshi Minami, chief economist at Norinchukin Research Institute.

Some analysts had expected the Japanese economy to continue to contract, given recent negative data about housing and investments.

Uncertainty remains because of the rising cases of COVID-19 infections in Japan, which has a vaccine rollout that’s among the slowest for industrialized countries.

About a third of the population is now fully vaccinated. But hospitals in some regions are being stretched, and sick people are being asked to just stay home.

Robert Carnell, regional head of research Asia-Pacific at ING, said the GDP numbers were better than he had expected.

“Normally, we’d put all of this together and forecast a slightly stronger GDP result for the third quarter based on the factors described above. But these are not normal times,” he said, referring to the worries about the COVID-19 infections.

Carnell also noted GDP growth was weaker in Japan than for some other nations, such as the U.S., which has recorded 6.5% annualized growth for the same quarter.

The report from the U.S. Commerce Department last month highlighted a sustained recovery from the pandemic recession in the U.S., where the total size of the economy has now surpassed its pre-pandemic level.

Japan has never had a lockdown but has repeatedly declared a government “state of emergency,” for some areas, including Tokyo, centered around having eateries and bars close early or not serve alcohol.

Some places have ignored emergency requests. Tokyo streets are bustling with crowds of people, and commuter trains are packed.

Public discontent against the government leadership has been simmering after it decided to go ahead with the Tokyo Olympics, meaning thousands of athletes and officials entered the country, and “bubble” conditions at venues, the athletes’ village and other places were likely compromised.

Japan was not able to rake in the economic benefits from inbound travelers and tourists, as no general-public spectators were allowed in the stands.

Junichi Makino, chief economist for SMBC Nikko Securities in Tokyo, said the rebound will likely pick up momentum later this year as the vaccine rollout picks up and economic activity returns gradually to normal levels.

Japan has had more than 15,000 COVID-19 related deaths so far. Tokyo reported more than 5,000 daily new cases in the past week.