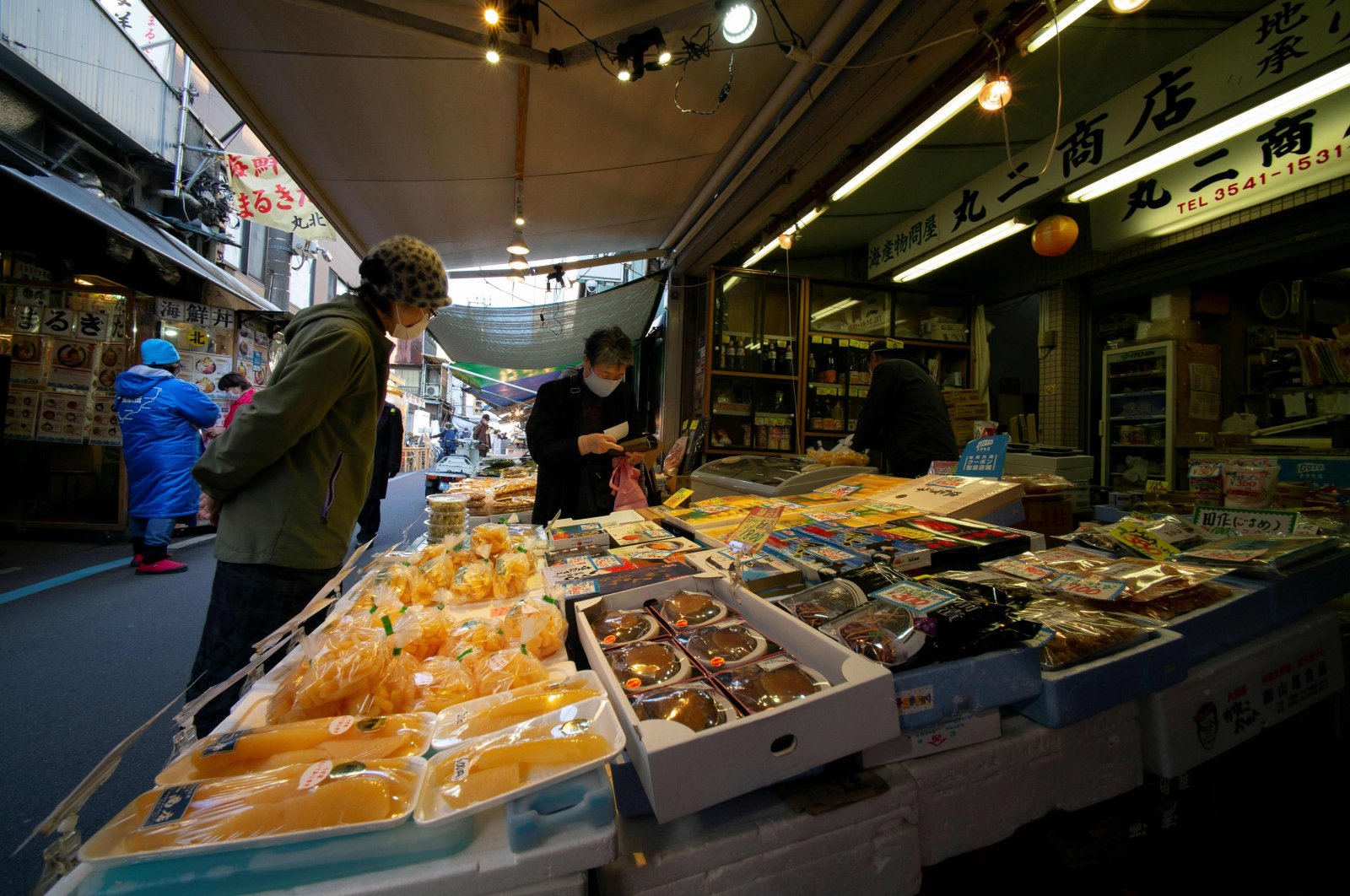 Japan's economy expanded at a 22.9% annual rate in the last quarter, as businesses and personal spending recovered from pandemic-related shocks in the spring and early summer.

Economists said the upward revision released Tuesday was in line with forecasts and suggests Japan's economy, the world's third largest, is on the mend from the recession that started in late 2019, even before coronavirus outbreaks hit.

"The sizeable upward revision to Q3 GDP and the sharp rise in 'core' household spending in October support our view that Japan’s economy will recover from the pandemic faster than the consensus expects," Tom Learmouth of Capital Economics said in a commentary.

"We think GDP will rise by another 2.1% (quarter-to-quarter) in this quarter and surprise to the upside next year," he was cited by The Associated Press (AP) as saying.

Core household spending excludes costs for housing and purchases of vehicles and other volatile expenditures and is thought to best reflect consumer demand.

As is true for most major economies, the setback dealt by the pandemic has left Japan still at a lower level of economic output, 3.9% below the level of the last quarter of 2019, Learmouth said.

The expansion in the July-September quarter coincided with a push to encourage domestic spending to make up for the loss of foreign tourism with "go to travel'' and "go to eat" programs offering steep discounts on hotels and dining out.

The economy contracted at a 29.2% annualized pace in April-June, when the government declared a state of emergency and sought to quell virus outbreaks with various precautions including urging businesses to let people work from home. With international travel at a near standstill, the 2020 Tokyo Olympics were postponed.

The earlier estimate showed a 21.4% expansion.

The economy grew at a 5.3% quarterly pace, revised upward from the earlier 5.0% estimate.

Most of the extra growth came from consumer and corporate spending. Household spending outpaced retail sales, suggesting many people were making purchases online.

The new package will include about 40 trillion yen ($384.54 billion) in direct fiscal spending and initiatives targeted at reducing carbon emissions and boosting the adoption of digital technology, Suga said in a meeting with ruling party executives.

Japan has sought to keep businesses running more or less as usual while urging people to wear masks, use hand sanitizer and maintain social distancing. But the number of virus cases has surged in recent weeks, leading some local areas to urge residents to stay home as much as possible. In some places, authorities have asked bars and restaurants to close early.

Policymakers globally have unleashed a wall of monetary and fiscal stimulus to prevent a deep and prolonged recession as the coronavirus closed international borders and left millions out of work. In the United States, a $908 billion coronavirus aid plan is currently under debate in Congress.

In Japan, the pandemic has forced the government to put its fiscal reform agenda on the backburner, despite holding the industrial world's heaviest public debt burden, which is twice the size of its gross domestic product.

"We have compiled the new measures to maintain employment, sustain business and restore the economy and open a way to achieve new growth in green and digital areas, so as to protect people's lives and livelihoods," Suga said at the meeting, as cited by Reuters.

Suga's Cabinet is set to endorse the stimulus package later on Tuesday, which would bring the combined value of coronavirus-related stimulus to about $3 trillion.

The government will compile a third extra budget for the current fiscal year worth around 20.1 trillion yen to fund the fresh economic stimulus, a government source told Reuters Tuesday.

Some investors expect the additional new bond issuance needed to fund the third extra budget to be around 15 trillion yen.

"Japan needs to make a plan for fiscal reform and shift to reconstructing public finance at some point. But now is the time to help firms and households hit by the pandemic," Yuichi Kodama, chief economist at Meiji Yasuda Research Institute, told Reuters.

"The government's new bond issuance is expected to top 100 trillion yen for this fiscal year. But I don't think the size of the package will roil the market."

Two previous packages this year worth a combined $2.2 trillion focused on dealing with the immediate strain on households and business from the pandemic.

The new plan includes a 2 trillion-yen fund to promote carbon neutrality by 2050, 1 trillion yen to accelerate digital transformation and 1.5 trillion yen in subsidies to support restaurants hurt by shortened hours due to the COVID-19 pandemic.