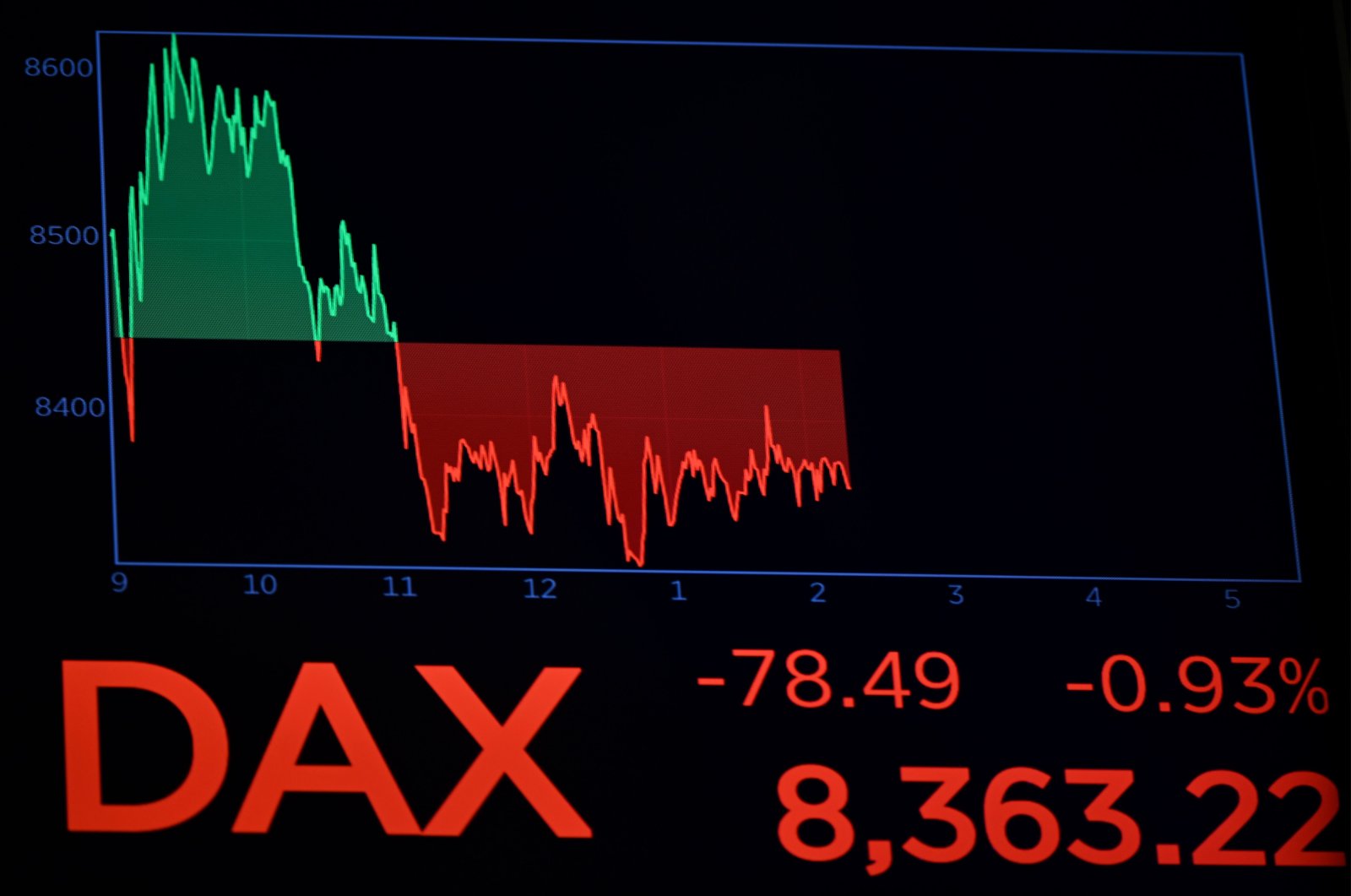 Germany's DAX has hit the levels not seen since 2014, while Dow Jones erased all the gains it had made since U.S. President Trump took office amid the ongoing economic fallout from the coronavirus pandemic

As the coronavirus outbreak continues to squeeze its grip, extending deep sell-off, many of the global stocks have managed to erase years of gains over the last three weeks.

Germany’s flagship DAX has been one of the worst-hit, having lost over 30%, hitting levels not seen since 2014. Similarly, in the U.S., Down Jones Industrial Average effectively erased the last of the once sizeable gains it made under the U.S. President Donald Trump.

Both these continued to drop Thursday despite moves by the Federal Reserve (Fed) and European Central Bank (ECB) to pump hundreds of billions of additional euros and dollars into the financial system.

Earlier, MSCI's broadest index of Asia-Pacific shares outside Japan slumped by 4%. Korea and Taiwan led the losses as the index plunged to a four-year low, with circuit breakers triggered in Seoul, Jakarta and Manila.

The dollar has gained as investors rushed to secure liquidity, pushing the British pound down 0.9% to its lowest since 1985 and rising 1.3% against major currencies to its highest since March 2017.

That brought the ECB's planned purchases for this year to 1.1 trillion euros, with the new purchases alone worth 6% of the euro zone's gross domestic product.

Government bond yields in Italy and across the eurozone dropped after the ECB's emergency measures, though European stocks fell back into negative territory after arresting their rout in early trading.

"The announcement (the ECB) has made has gone some way to comforting markets that borrowing costs in those economies won't be allowed to spiral higher," said Mike Bell, global market strategist at J.P. Morgan Asset Management.

Expected price swings for some of the world's biggest currencies rocketed to multi-year highs as the demand for dollars forced traders to dump currencies across the board.

For the British pound versus the dollar, expected volatility gauges leaped to 24.4%, their highest level since before the 2016 Brexit vote.

"One unresolved and really critical issue is what's going on in volatility," said Andrew Sheets, chief cross-asset strategist at Morgan Stanley. "I think that volatility needs to stabilize before the broader market can heal."

Italy, which has seen its borrowing costs jump in recent days, led the drop in yields after the ECB move.

The gap over the safer German Bund's yields tightened almost 100 basis points from Wednesday's closing levels and was set for the biggest daily drop since the 2011 euro one crisis.

The Australian central bank slashed interest rates to a record low of 0.25%.

Traders reported huge strains in bond markets, however, as distressed funds sold any liquid asset to cover losses in stocks and redemptions from investors.

"Not only central banks but governments are throwing everything at the economy right now, but markets aren't responding," said Luca Paolini, chief strategist at Pictet Asset Management.

Gold fell 0.8%, and like other assets was buffeted by volatility. Copper hit its down-limit in Shanghai, and benchmark futures traded in London fell to their weakest in over four years.

Underlining expectations of severe economic damage from the pandemic, J.P. Morgan economists forecast the U.S. economy will shrink 14% in the next quarter and the Chinese economy will lose more than 40% on an annualized basis in the current one.

"There is no longer doubt that the longest global expansion on record will end this quarter," they said in a note. "The key outlook issue now is gauging the depth and the duration of the 2020 recession."