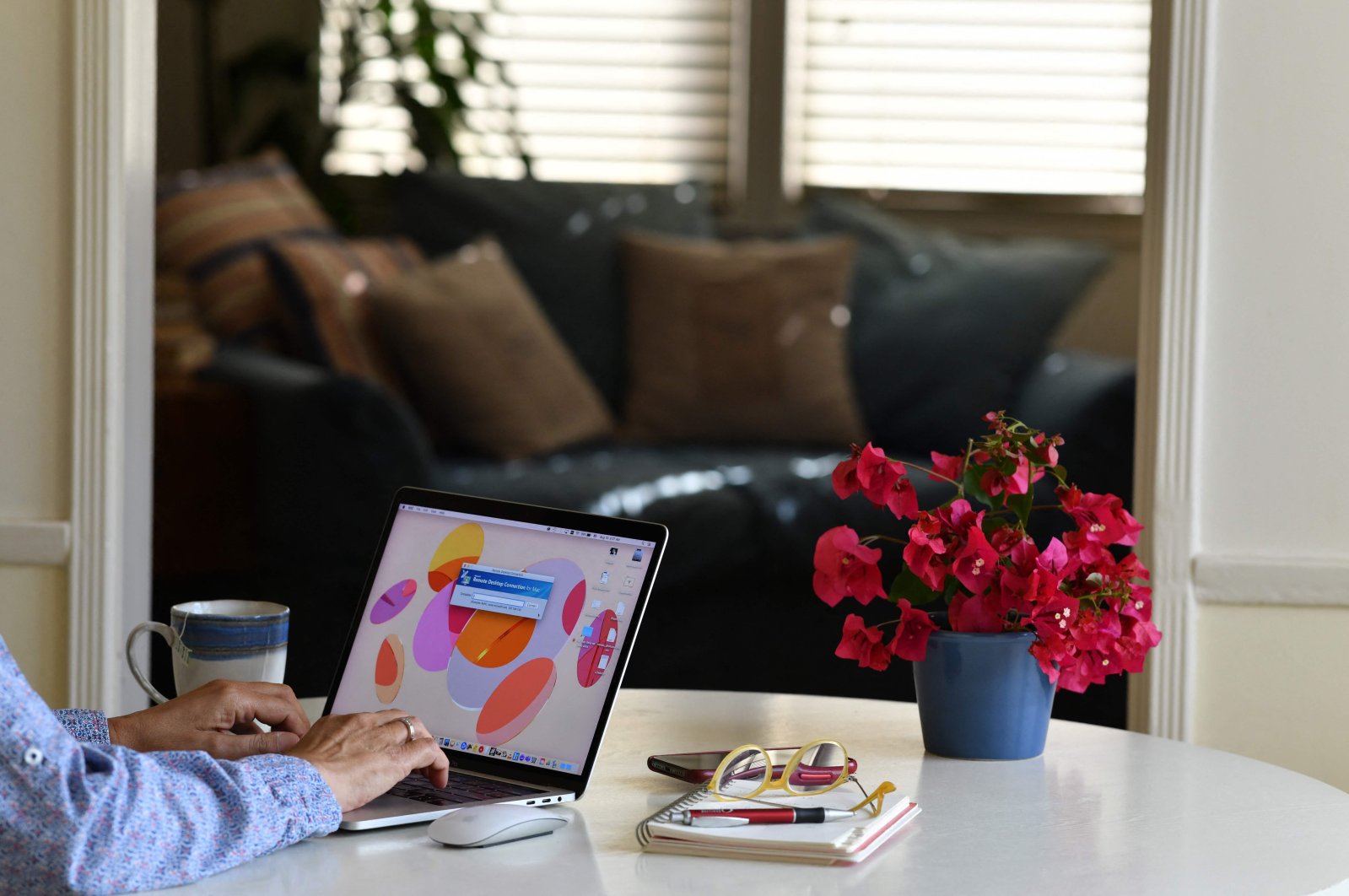 When Romain Daubec and his wife Monica left San Francisco last summer for Denver, Colorado, they thought their telework hundreds of miles from their offices would last no more than six months.

But the stunningly rapid spread of the delta variant of COVID-19 has them settling in for a new way of life that now, they say, feels more "natural."

Across the United States, a growing number of companies are delaying their employees' return to the office out of concern over the new wave of disease.

But like the Daubecs – he is French, she is American – more and more people across the country have settled in for a second year of telework – willingly this time, with little desire to return to the office, content and comfortable with their new personal and professional lifestyle.

The delta variant, now dominant in the United States, has taken a heavy toll. An average of nearly 113,000 new daily cases of COVID-19 were registered over the previous seven days – a 24% increase over the prior week, Rochelle Walensky, director of the U.S. Centers for Disease Control and Prevention (CDC), said Thursday.

One employer taking note was Facebook, which on that same day announced that it would not require workers to return to the office before January 2022.

"Data, not dates, is what drives our approach for returning to the office," a Facebook spokesperson said in response to an Agence France-Presse (AFP) inquiry, saying the company's prime concern was "everyone's safety."

Only weeks earlier, the popular social network had been pushing for a quicker return to normal, saying it would completely reopen its offices by October – while requiring all employees to be masked and vaccinated.

Facebook thus joined Microsoft, Amazon, American Express and NBC in delaying, to October or January, the full reopening of offices.

For 34-year-old Romain Daubec, a financial analyst for a subsidiary of French bank BNP Paribas, and Monica, who works for Facebook, a return to the office is no longer an option.

While Monica saw her earnings cut by 10% because of the move, "that was largely compensated for" by a greater quality of life and more affordable housing – less than half as expensive in Colorado as in California – as well as by lower taxes, Romain said.

Above all, Monica no longer has to spend three hours on a bus every day.

For Oren Klachkin, an economist with Oxford Economics, it took a bit longer to make the decision to leave New York for Boulder, Colorado.

But when a new wave of COVID-19 struck last fall, he saw the silver lining: It was a "once-in-a-lifetime opportunity to live somewhere else, maintain our jobs, try living in a different place," he said.

Space was a big draw: He and his wife Nicole, a 35-year-old consultant, had been sharing a cramped Manhattan apartment.

In Boulder, not far from Denver, the couple now has a "small house" where each has a separate room for work.

"I like the new life that I have here," Klachkin said, especially "having access to outdoor activities" in a scenic region near the Rocky Mountains.

Telework in Colorado has allowed him to strike a better balance between work and home life and saved him from having to "waste" up to two hours a day in the subway, he said.

But "there are certain downsides, of course," Klachkin added, notably the inability to interact in person with colleagues.

That is partially offset by "the availability of different online software to essentially allow us to see each other ... even though we're not physically in the same space."

To Romain Daubec, where one works matters less than how one works.

"As far as I'm concerned, I just need a good internet connection and have to work on San Francisco's time zone," he said, while acknowledging that not every job lends itself to distance work.

Fundamentally, Daubec added, telework succeeds when built on a basis of trust between employer and employee: Companies allow telework because they save on fixed costs like office rent, while workers tacitly agree to work as seriously as if their boss were standing in the same room.

Klachkin, for his part, says he is more productive than ever – no longer having to spend long, wearying hours commuting every week.