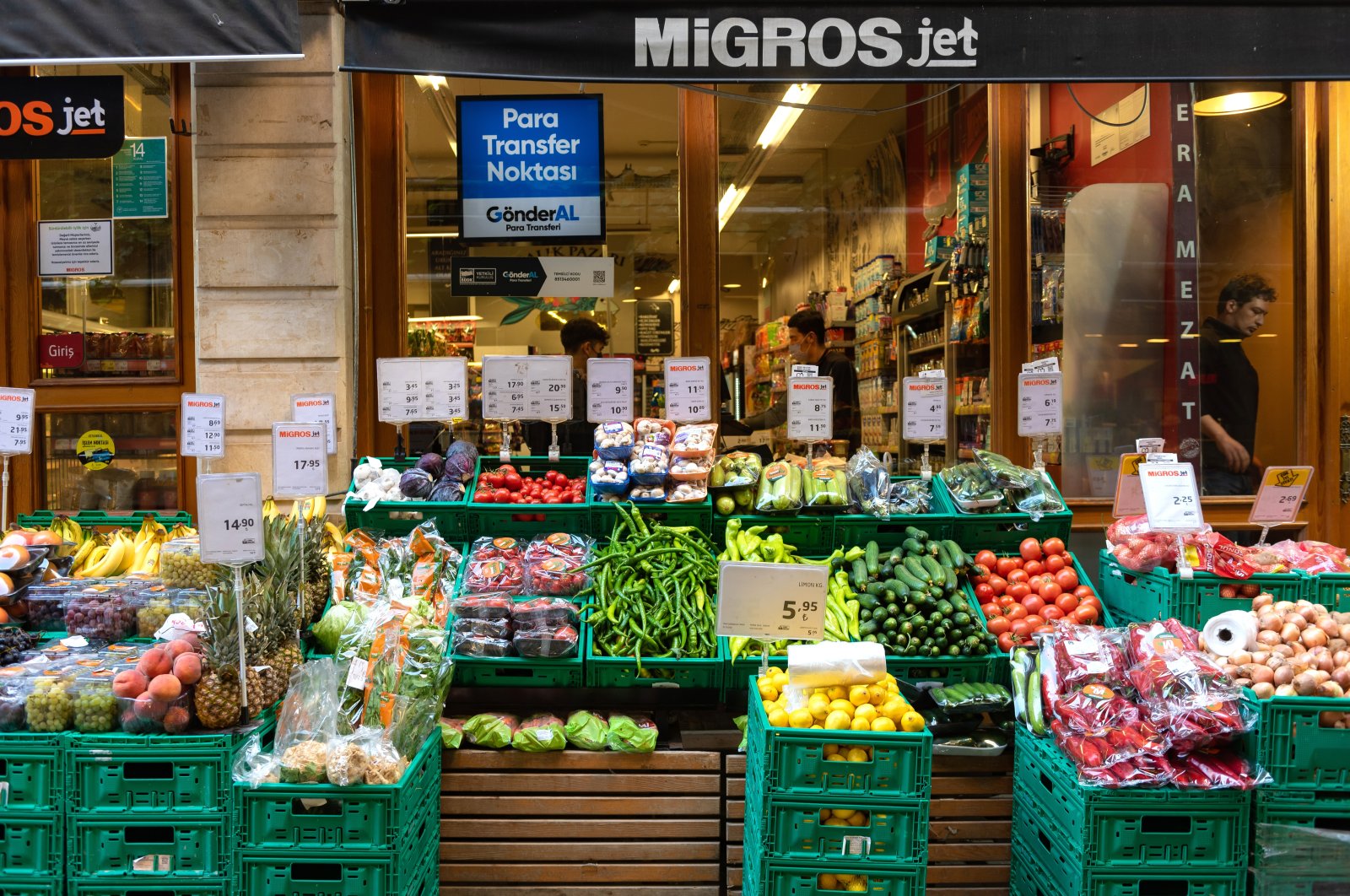 The TL 2.7 billion ($283 million) fine by an anti-trust watchdog on Turkey’s five biggest supermarket chains is not because of price gouging but over “cartelization,” head of the Competition Authority (RK), Birol Küle, said Friday.

The fine has come amid soaring prices in the country, as the government investigated potential exploitative pricing in the battle to curb prices.

Küle, however, told Anadolu Agency (AA) that the investigation process, which resulted in the administrative fine, started about 19 months ago, on March 31, 2020, with the preliminary investigation decision taken by the board.

“In other words,” Küle continued as saying, “exactly seven months before the decision, the report containing the violation determinations, which is the subject of the decision, was shared with the parties,” and the topic is not new.

There is even evidence from the year 2018, he said, although the final decision was taken on Oct. 28.

“During the investigation process, a total of four defenses, three written and one verbal, were received from the parties regarding the alleged actions. The final decision, which was taken as a result of the completion of the procedural processes stipulated by the law, was made as a result of the review covering a period of approximately 19 months,” he explained.

Küle said that there is a need to clarify the issue of whether these chains have been fined due to exorbitant prices or some other reason.

“According to the findings of the Competition Authority, although it is seen that the prices have been increased against the consumer due to the infringing behavior, there is no evaluation, emphasis or any conclusions related to the level of the prices as to whether these prices are 'exorbitant,'” he said, noting that a type of violation referred to as exorbitant or excessive price in Turkish law has not been examined.

“It has been investigated whether these prices are determined as a result of the coordination provided through direct or indirect contacts between the competitors,” he said.

As a response to the “allegations that the markets were unfairly punished due to the exorbitant price,” Küle further said that “the coordination of sales prices and price increases is ensured through direct or indirect contacts between the five retail enterprises, and there are many statements in the obtained documents that 'the market is organized,' 'the increased prices were to be reflected on the shelves simultaneously with the competitors.'”

“It has been observed that the price movements of the markets to a large extent confirm these findings,” he said.

Additionally, sensitive competitive information such as future prices, price increase dates, periodic campaigns and discounts are shared among the chain companies, according to Küle.

Emphasizing that the supplier, which is also a party to the investigation, plays a role in ensuring and maintaining the coordination between chain markets regarding sales prices and price increases in terms of its own products, and mediating the sharing of competitively sensitive information such as retailers' future sales prices and price increase dates, Küle said: “This type of violation, known as cartels in competition law, includes agreements or concerted practices that restrict competition between competitors, on issues such as fixing prices or quantities, sharing customers or territories, colluding in tenders.”

Among other things, the cartel is a crime under Turkey’s Constitution, Küle said, pointing out that this situation is illegal and prohibited according to the Law on the Protection of Competition.

Küle stated that the purpose of the law is to prevent agreements, decisions and practices that prevent, distort or restrict competition in the goods and service markets, and to prevent the undertakings that dominate the market from abusing their dominance.

He added that the law gives the board the duty to take the necessary measures to put an end to these violations and to impose administrative fines on those responsible.

Pointing out that the penalties imposed were in line with these provisions, Küle said, “Our decisions are open to judicial review and the parties will, of course, apply to the judiciary, but for this, first of all, our reasoned decision must be published.”

The retail chains in question announced one after another that they taking the anti-trust watchdog's move against them to court.