Massive restructuring due as Evergrande, Kaisa declared in default 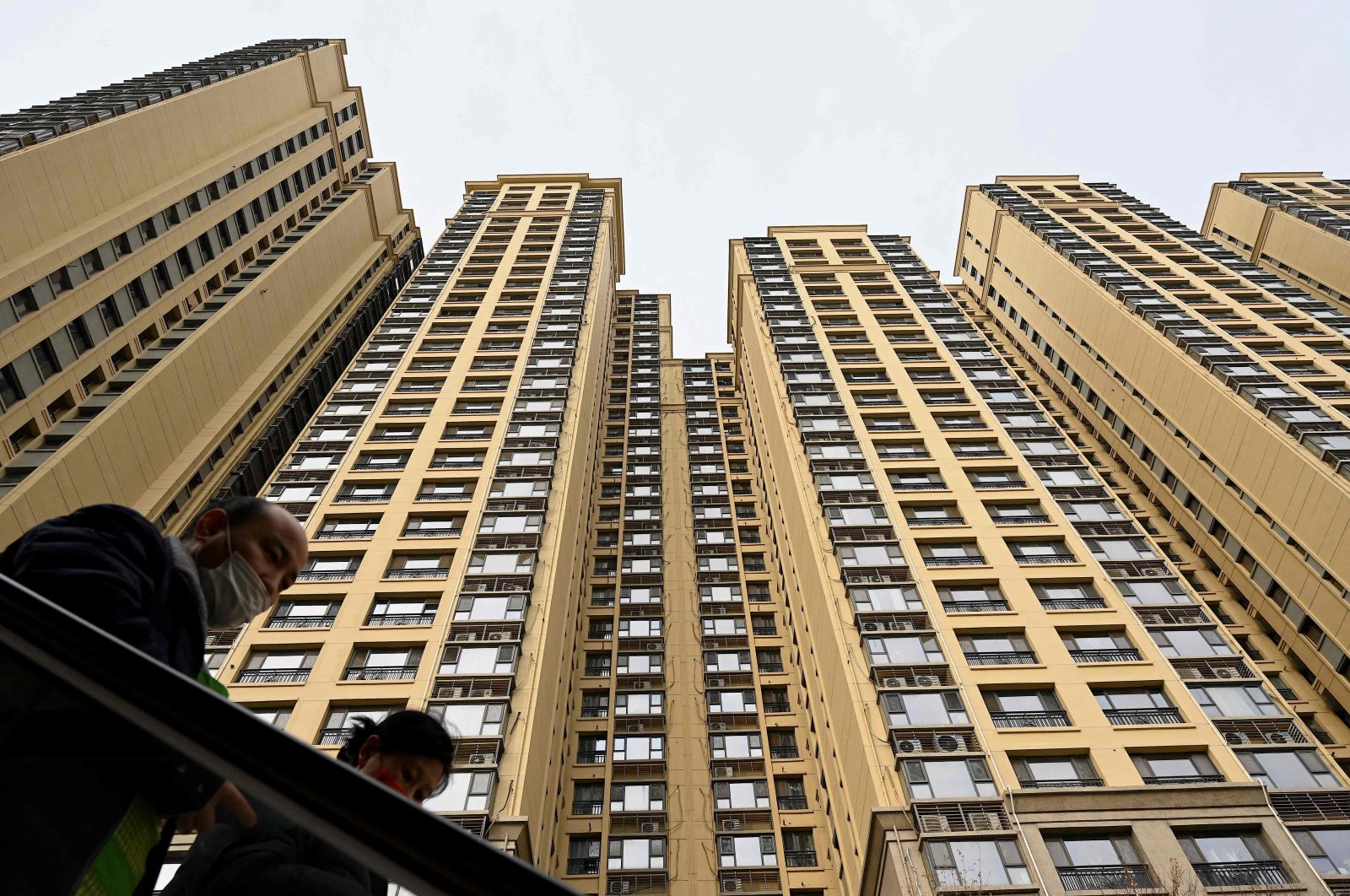 People use an escalator in front of a housing complex built by the Chinese property developer Evergrande in Beijing, China, Dec. 8, 2021. (Photo by AFP)
by Agencies Dec 09, 2021 11:43 am
RECOMMENDED

China Evergrande and Kaisa Group Holdings, the two cash-strapped Chinese property developers that have rattled markets, have been declared in default for the first time, inching closer to a massive debt restructuring that has loomed for months over global markets and the world’s second-largest economy.

The two developers were cut to “restricted default” by the Fitch Ratings agency on Thursday due to nonpayment of offshore bond dues, while Kaisa was reported to have started work on restructuring its $12 billion offshore debt.

The downgrades came even as Evergrande and Kaisa have not officially announced the defaults that could result in long debt restructuring processes.

Separately, in a new effort to assure the public the economy can be shielded from the fallout, the Governor of the People’s Bank of China Yi Gang, said financial markets can cope with the risk caused by Evergrande.

The rights of shareholders and creditors of the global real estate industry’s most-indebted company will be “fully respected” based on their legal seniorities, Yi told a financial forum in Hong Kong.

The risk caused by a few Chinese real estate companies in the short term will not undermine Hong Kong’s capital market, he said.

In its note on Evergrande, Fitch said the developer did not respond to its request for confirmation on the coupon payments worth $82.5 million that were due last month with the 30-day grace period ending this week.

“We are therefore assuming they were not paid,” it said.

Fitch defines a restricted default as indicating an issuer has experienced a default or a distressed debt exchange, but has not begun winding-up processes such as bankruptcy filings and remains in operation.

The nonpayment has triggered an “event of default” on Evergrande’s bonds and its other United States dollar notes will become due immediately and payable if the bond trustee or holders of at least 25% in aggregate amount declare so, Fitch said.

The same is true for Kaisa, which, according to Refinitiv data, has note maturities totaling $2.8 billion next year, and $2.2-$3.2 billion maturities each year between 2023 and 2025.

Fitch said there was limited information available on Kaisa’s restructuring plan after it missed $400 million in offshore bonds repayment on Tuesday.

Evergrande, which has over $300 billion in liabilities and is at the heart of a property crisis in China, said last week that it planned to forge ahead with a restructuring of its debt.

Kaisa is expected to soon sign a nondisclosure agreement (NDA) with Lazard, the adviser of a group of bondholders, a source and another person told Reuters. The bondholders hold over 25% of Kaisa’s $12 billion offshore bonds.

The NDA will lay the groundwork for further discussion on forbearance and financing solutions.

Formal discussions on forbearance and a financing plan could commence once the NDA is in place, the people said, who declined to be named as the talks are confidential.

But an agreement is unlikely in the next few weeks as the talks are still at an early stage, the first source said.

Kaisa said it was open to talks on forbearance. The group of Kaisa offshore bondholders, who say they own 50% of the notes that were due on Dec. 7, sent the company draft terms of forbearance late on Monday.

The group previously offered $2 billion in fresh debt to help Kaisa repay its onshore and offshore debts, sources have said. Other financing ideas are also on the table.

Kaisa is also in talks with another bondholder group, the first person said. Its default came after it failed last week to secure the minimum 95% approval needed from offshore bondholders to exchange the bonds that were due Dec. 7 for new notes due June 6, 2023, at the same interest rate.

Trading in Kaisa’s shares, which have lost 75% this year, was suspended on Wednesday.

Evergrande’s stock has plunged 88% this year amid the debt crisis that has fueled worries about a broader contagion and prompted officials to offer assurances that fallout can be contained.

Plans for bail out?

The central bank governor Yi’s comments on Thursday added to indications that Beijing has no plans to bail out Evergrande Group.

Fears of default have rattled financial markets, but economists say the ruling Communist Party wants to avoid sending the wrong signal at a time when it is trying to force companies to cut high debt burdens.

“The short-term risks of individual real estate companies will not affect the normal financing function of the medium- and long-term market,” Yi said, according to Chinese news outlets.

Headquartered in the southern city of Shenzhen, Evergrande is the biggest company caught in a campaign launched by Beijing last year to force developers to reduce soaring debt that is seen as a threat to economic stability. Smaller developers have gone bankrupt, missed debt payments or warned they might default.

Total Chinese corporate, government and household debt has risen to about 300% of annual economic output from 270% in 2018, unusually high for a middle-income country.

The slowdown in real estate sales and construction caused by the debt campaign helped to depress China’s economic growth an unexpectedly low 4.9% over a year earlier in the three months ending in September. Forecasters expect growth to decelerate further if the financing curbs stay in place.