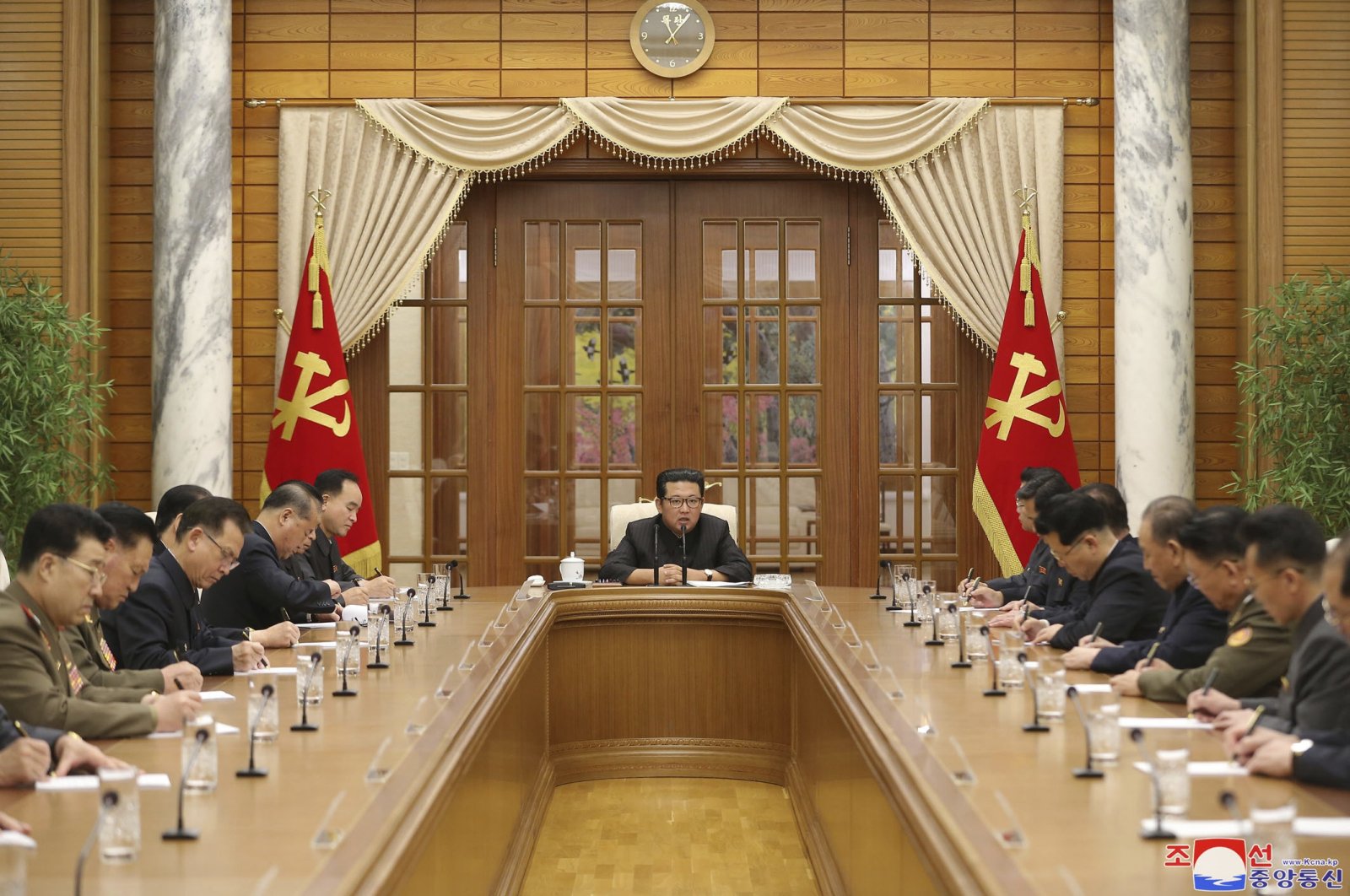 In this photograph provided by the North Korean government, North Korean Leader Kim Jong Un (C) attends a meeting of the Political Bureau of the Central Committee of the Workers' Party of Korea in Pyongyang, North Korea, Dec. 1, 2021. (Korean Central News Agency/Korea News Service via AP)
by REUTERS Dec 02, 2021 10:45 am
RECOMMENDED

North Korea must be prepared for a “very giant struggle” next year, the country’s leader Kim Jong Un has said, to make progress in areas including defense, agriculture and construction, state media reported on Thursday.

Kim said that while the country still faces economic difficulties, the party has had success in pushing to meet policy targets and implementing the five-year economic plan he unveiled early this year, the official KCNA news agency said.

"It is very encouraging that the positive changes were made in the overall state affairs including politics, economy, culture, and national defense as evidenced by the stable management of the state economy and big successes made in the agricultural and construction sectors," Kim said.

"Next year will be an important one as we should wage a very giant struggle as much as we did this year," he said.

Kim has sought to boost the economy and power supply with his plan, but U.N. agencies have said food and electricity shortages remain, exacerbated by sanctions imposed over North Korea's nuclear and missile programs, the COVID-19 pandemic and natural disasters.

North Korea has not confirmed any coronavirus cases, but has closed borders and imposed domestic travel restrictions and other measures, apparently to control or prevent an outbreak.