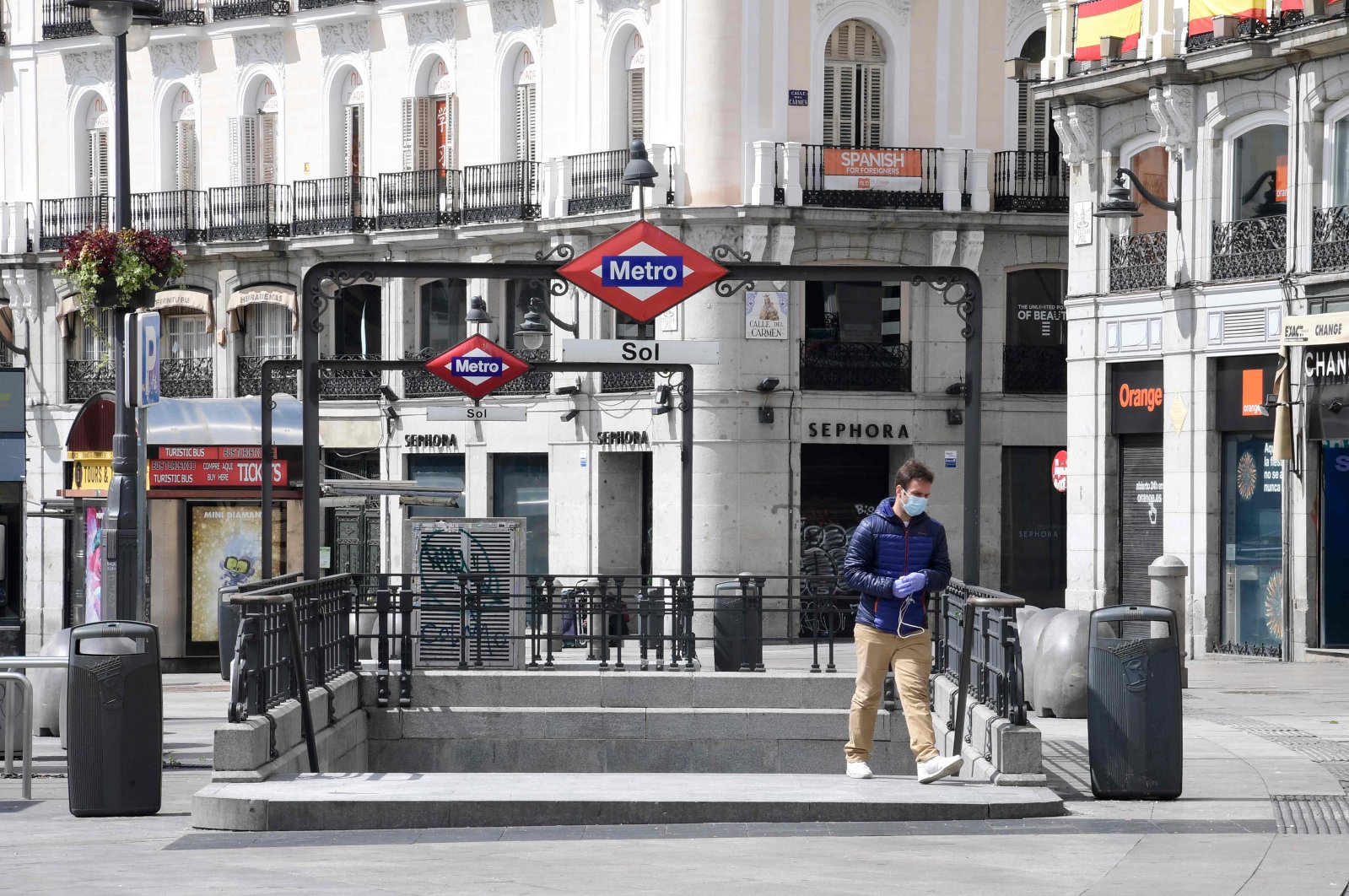 A man wearing a face mask exits the Sol metro station at Puerta del Sol square in Madrid during a national lockdown to prevent the spread of the new coronavirus, Thursday, April 1, 2020. (AFP Photo)
by Associated Press Apr 02, 2020 11:21 am

Nearly 900,000 workers lost their jobs in Spain since authorities ordered people to stay home to slow down the spread of the new coronavirus, authorities said Thursday.

The short-term job loss was higher than in January 2009, when 350,000 workers lost their jobs as the global financial crisis hit the southern European country.

The number of workers who were making payments to the country’s social security fund dropped by 898,822 by the end of March, the official data released Thursday showed.

The losses began March 12, as the government moved to declare a state of emergency and asked people to work remotely. Since then, further measures have been taken, barring all but essential workers from leaving their homes until mid-April.

Construction and services, including the country’s thriving, important tourism industry, have been the industries hardest hit by the job losses, figures released by the ministry of labor showed. The number of people officially registered as unemployed rose to 3.5 million by the end of the month, the highest level since April 2017.

Spain has more than 100,000 COVID-19 infections and has seen more than 800 deaths for five days in a row, although authorities say that the arc of contagion has started to slow down. Intensive care units in hospitals of Madrid, the hardest-hit region, are reporting a slightly lower number of patients arriving in critical condition.